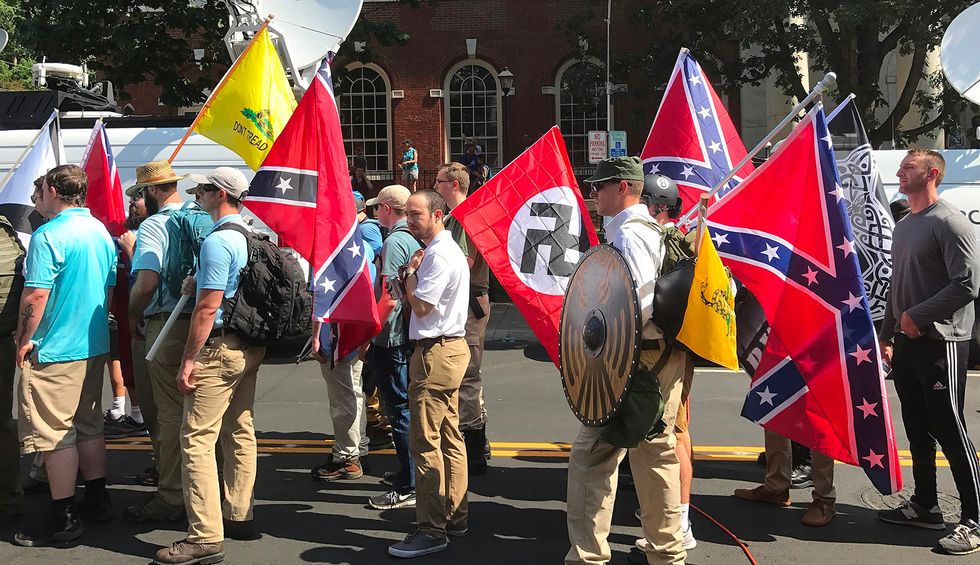 Media outlets are reporting that an admirer of racist terror groups like The Order was —according to the FBI — planning to bomb a Missouri hospital during the coronavirus pandemic.

Timothy R. Wilson, the New York Times’ Adam Goldman is reporting, was killed during a shootout with FBI agents on Tuesday, March 24 in Belton, Missouri. However, Goldman notes that according to FBI officials, it is unclear “whether the man was killed by FBI agents or died by suicide” during the confrontation.

The 36-year-old Wilson had been under investigation as part of a broader FBI probe of domestic terrorism, Goldman reports, and the shootout occurred when FBI agents tried to arrest him. Although Wilson had considered other possible targets (including synagogues and mosques), he decided on a hospital.

According to research by Nick R. Martin (who reports on hate groups and extremism for his website, The Informant), Wilson “was an admirer of the 1980s terrorist group The Order and had ties to two active neo-Nazi organizations”: the National Socialist Movement (NSM) and Vorherrschaft Division (VSD).

Martin, noting that Wilson was active online using the name “Werwolfe 84,” reports, “With the help of Elon University computer science professor Megan Squire, The Informant was able to determine on Wednesday that Wilson was active in public Telegram channels for two neo-Nazi groups: the National Socialist Movement (NSM) and Vorherrschaft Division (VSD). The NSM is a decades-old neo-Nazi organization with a history of violence.”

According to Martin, “Werwolfe 84” believed that Jews were using the coronavirus pandemic as an excuse to attack non-Jewish whites. “Werwolfe 84” wrote, “If you don’t think this whole thing was engineered by Jews as a power grab, here is more proof of their plans. Jews have been playing the long game we are the only ones standing in their way.”

Martin notes that “Werwolfe 84” expressed his admiration for Robert Matthews, who was the leader of the white supremacist group The Order and was killed in a shootout with law enforcement in 1984. In his posts, “Werwolfe 84” referred to Matthews as “Uncle Bob.”

During the coronavirus pandemic — which, according to researchers at John Hopkins University in Baltimore, has killed more than 22,000 people worldwide and over 1000 in the U.S. alone — health care officials have been warning that there could be a critical shortage of hospital beds and life-saving medical equipment. And Wilson, according to the FBI, was planning to attack a Missouri hospital at a time when the U.S. needs all the hospital beds and all the health care workers it can get.

In an official statement, the FBI said, “Wilson considered various targets and ultimately settled on an area hospital in an attempt to harm many people — targeting a facility that is providing critical medical care in today’s environment.”