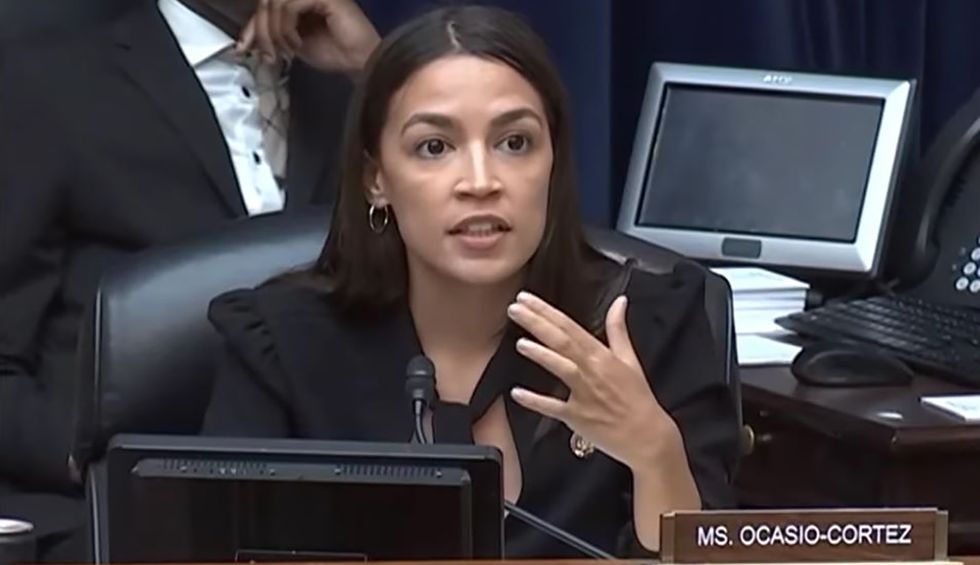 The $2 trillion relief package— the Coronavirus Aid, Relief, and Economic Security Act or CARES—was passed by the House on Friday. Democratic lawmakers welcomed the critical aid it would provide to working families but called the measure far from perfect, with the legislation's half a trillion dollar fund to bail out corporations, to be controlled by Treasury Secretary Steven Mnuchin, drawing sharp criticism.

Shortly after signing the bill into law Friday, the president released a "signing statement" in which he signaled he views himself as decider of who staffs an oversight committee and would reject a newly created inspector general questioning how Mnuchin chooses to dole out the bailout money.

As the New York Times reported,

Trump suggested that under his own understanding of his constitutional powers as president, he can gag the special inspector general for pandemic recovery, known by the acronym S.I.G.P.R., and keep information from Congress.  [...]

The signing statement also challenged several other provisions in the bill, including one requiring consultation with Congress about who should be the staff leaders of a newly formed executive branch committee charged with conducting oversight of the government's response to the pandemic.

The White House statement drew sharp rebuke from Rep. Alexandria Ocasio-Cortez (D-N.Y.) AOC—who'd earlier in the day denounced the legislative package as already being too corporate-friendly.

Rep. Porter said Trump's intention to disregard oversight should spur urgent congressional action, especially in light of the administration's track record of having "lack of respect for the checks and balances in the Constitution."

"What he's pushing back on specifically... is the appointment of an inspector general and this oversight council," Porter said Friday on MSNBC's "The Last Word."

"What that means is the congressional oversight commission where the members are going to be appointed by Congress itself," she continued, calling the body "the most important tool because arguably the president has no authority to restrict the work that it does."

The law does have important "guardrails," Porter said, like preventing increases in executive compensation for companies that get a loan and barring stock buybacks during the loan period. "But that's about it," said Porter, "What it doesn't do is provide any conditions that the loan money be used to keep people on payroll—which is really the point of doing this."

That means it's critical to have "rigorous oversight" that's "done quickly," said Porter, stressing that taxpayers' own dollars are at play.

"The Treasury has the ability to move this money extremely quickly; there's nobody that Secretary Mnuchin has to ask," she warned. "He can decide $100 billion to this individual industry, $100 bill to that industry. Meanwhile, he could be ignoring some of the industries that most desperately need the money and that are some of the largest employers in the country."

Given "what President Trump said about his intent to ignore these oversight provisions," Porter continued, "we in Congress need to be appointing  people to this congressional panel immediately and they need to be starting their work this evening and tomorrow ... to see what Secretary Mnuchin is doing with our $500 billion in taxpayer dollars."