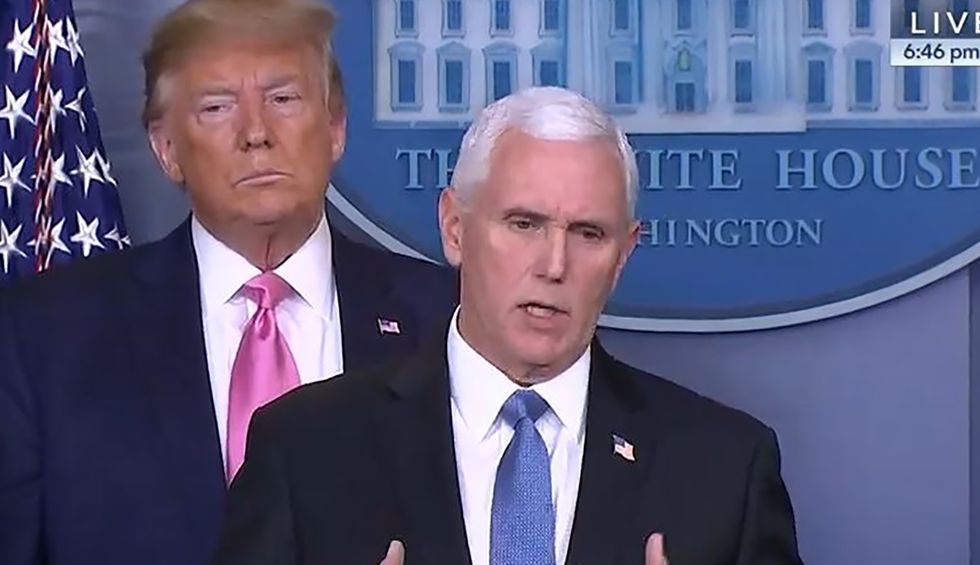 The Trump Administration has been drawing a great deal of criticism for its response to the coronavirus epidemic; critics have been asserting that President Donald Trump and others in the White House moved much too slowly in addressing the crisis. And a move by the Trump White House is likely to draw more questions: Reuters is reporting that the Trump White House, according to four officials from his administration, has “ordered federal health officials to treat top-level coronavirus meetings as classified.”

Reuters reports that “dozens of classified discussions” pertaining to coronavirus have been held in a “high-security meeting room at the Department of Health & Human Services (HHS).” And according to those four Trump Administration officials — all of whom spoke to Reuters on condition of anonymity — federal government staffers without security clearances have been “excluded” from the meetings.

A Trump Administration official, quoted anonymously, told Reuters, “We had some very critical people who did not have security clearances who could not go. These should not be classified meetings. It was unnecessary.”

Reuters’ sources said that the classification was ordered by the National Security Council (NSC).

“This came directly from the White House,” according to one of Reuters’ Trump Administration sources.

Reuters notes that critics have “hammered the Trump Administration for what they see as a delayed response to coronavirus outbreaks and a lack of transparency, including sidelining experts and providing misleading or incomplete information to the public. State and local officials also have complained of being kept in the dark about essential federal response information.”

The coronavirus epidemic, according to the Center for Systems Science and Engineering (CSSE) at Johns Hopkins University in Baltimore, has killed at least 4373 people worldwide as of early Wednesday afternoon, March 11 — including 23 in the United States, where major events all over the country are being canceled because of the epidemic.