Trump supporters are sticking with him but do they believe what he (or Fox News) says about COVID-19? 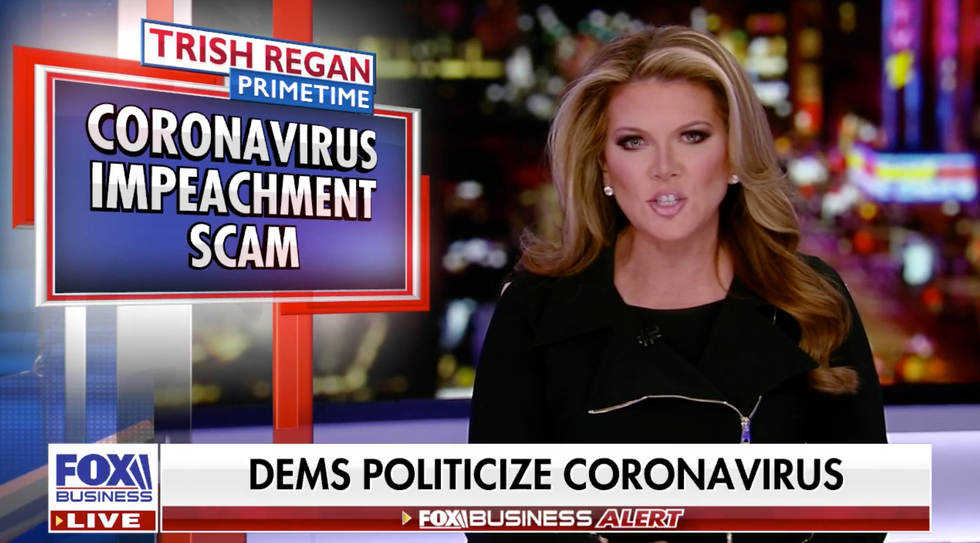 Polls continue to find that Republicans, especially those who watch Fox News, are significantly more likely than the general public to say that the threat of COVID-19 (which a plurality of Fox News viewers believe to be no more deadly than seasonal influenza), is being hyped by Democrats and the media to hurt Donald Trump. And they still applaud Trump's handling of the crisis.

But a tracking poll released on Saturday by Navigator Research found something interesting, and potentially encouraging. Whereas other surveys have identified a partisan divide not only on people's opinions about the pandemic, but also their behavior in response to it, this poll found that while Republicans say it's all being blown out of proportion, they don't report acting as if that's the case.

An important caveat here is that this is just one poll, and it may be an outlier. But if the results are accurate, it suggests that Republicans are only slightly less likely to say they're practicing aggressive social distancing than Democrats, even if they buy Trump's nonsensical media conspiracy theories.

And there are a couple of reasons to believe this finding is accurate. First, conservatives tend to be more highly attuned to physical threats (but not financial dangers) than the population as a whole. And Republicans skew older than Democrats, and the conservative press has focused on the fact that COVID-19 is a far more serious risk for older people with pre-existing conditions.

There is also evidence that, as The New York Times reports, "harsh measures, including stay-at-home orders and restaurant closures, are contributing to rapid drops in the numbers of fevers — a signal symptom of most coronavirus infections — recorded in states across the country." The rate at which the US death toll is doubling, a lagging measure of the severity of the outbreak that is less dependent on testing than the tally of confirmed cases, has slowed in the past week, according to a database maintained by scholars at Oxford University.  It appears that we are "flattening the curve," which can only happen if people are complying with stay-at-home orders.

There are still hot-spots appearing in conservative communities, which some officials link directly to residents consuming conservative media, but the evidence suggests that for the most part, while most Republicans still think the pandemic is being hyped by the press, they're nonetheless taking concrete steps to mitigate its spread.

This is a good thing. It would be nice if they acknowledged the reality of the situation but from a public health standpoint, if conservatives avoid gathering in groups and continue wash their hands, it doesn't matter if they blame liberals, the media and foreigners for the crisis.