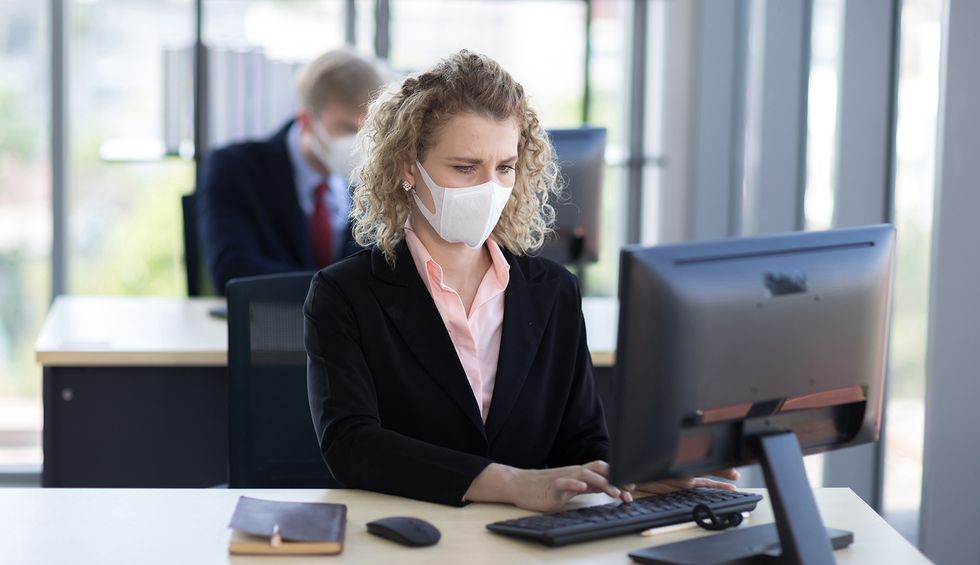 Running roughshod over the advice of trained medical professionals and the Centers for Disease Control and Prevention, President Donald Trump Wednesday night suggested to millions of Fox News viewers that people infected with coronavirus could still go to work and recover, comments that were immediately condemned as irresponsible and dangerous.

"A lot of people will have this and it's very mild. They'll get better very rapidly," Trump told Fox's Sean Hannity. "They don't even see a doctor, they don't even call a doctor. You never hear about those people."

"So you can't put them down in the category of the overall population in terms of this corona flu and/or virus," Trump continued. "So you just can't do that. So, if, you know, we have thousands or hundreds of thousands of people that get better just by, you know, sitting around and even going to work. Some of them go to work, but they get better."

The CDC has advised that anyone exhibiting symptoms of coronavirus such as a fever, coughing, and/or shortness of breath stay home from work, avoid public areas as much as possible, and seek medical attention.

"You should restrict activities outside your home, except for getting medical care," the CDC's website states. "Do not go to work, school, or public areas. Avoid using public transportation, ride-sharing, or taxis."

Trump also claimed in the interview with Hannity that the World Health Organization's (WHO) estimate of a 3.4% global death rate from coronavirus is a "false number."

"This is just my hunch," the president said.

"These are really dangerous lies," tweeted The Nation's Jeet Heer.

"Trump has had briefings from the nation's best doctors and scientists on COVID-19 and he still spouts total, dangerous bullshit," added climate scientist Peter Gleick.

"This is not something that I say hyperbolically," Newsom said of the emergency declaration during a press conference Wednesday. "The proclamation is to serve to help advance our resources."

As Trump and other White House officials have attempted to downplay the severity of the outbreak and hurled accusations of fearmongering—the president said at a rally last week that Democrats' criticism of his handling of the health crisis is a "new hoax"—coronavirus has spread to at least 15 states in the U.S. and killed 11 people.

"The death rate so far—which includes more than 3,000 deaths [globally]—is many times higher than the mortality rate of the seasonal flu, which is 0.1%," the Los Angeles Times reported Wednesday. "WHO Director-General Tedros Adhanom Ghebreyesus said that is at least partly because COVID-19 is a new disease, and no one has built up an immunity to it."