'That wasn't our fault': Trump made a damning admission about why he wants to keep passengers on a cruise ship with coronavirus 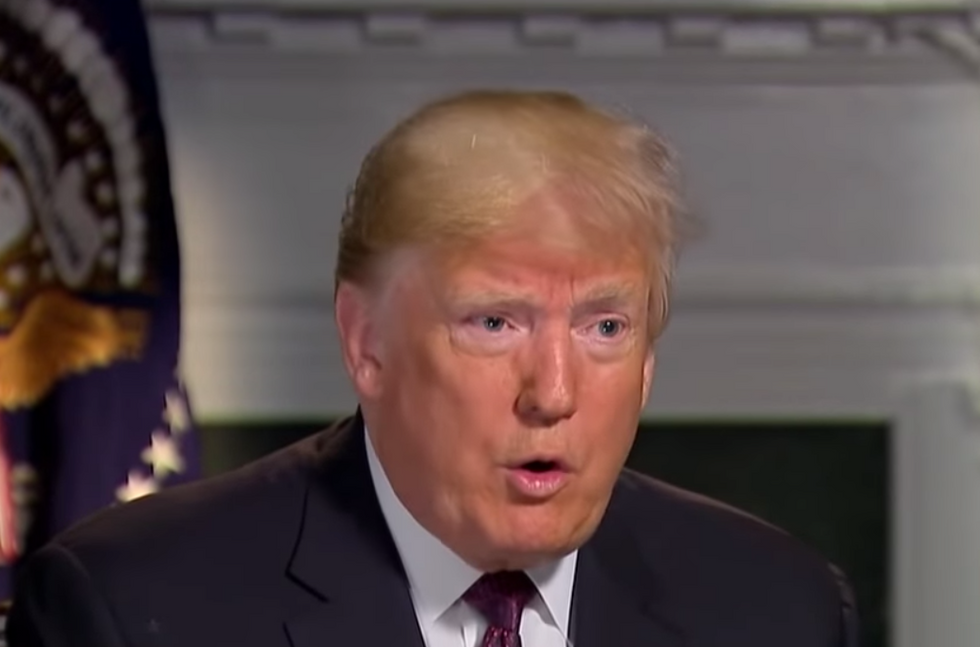 President Donald Trump has an odd habit of confirming critics' worst fears about him by just blurting out his inner feelings.

On Friday, while appearing at the Centers for Disease Control and Prevention, Trump did just that when he revealed he wanted to keep passengers on a cruise ship exposed to Covid-19, the new coronavirus, quarantined on the vessel — not for public safety reasons or to reduce the spread of the disease — but so that they wouldn't count as American cases of the illness.

"I like the numbers being where they are," Trump said. "I don't need to have the numbers double because of one ship! That wasn't our fault. And it wasn't the fault of the people on the ship either."

This is, of course, exactly what critics — including me — have been saying. Trump isn't worried about the public health crisis itself, but the way it is reported and the impact it has on his public standing. If he really meant he wanted to keep the virus contained as much as possible, he could have said that. Instead, he repeatedly referred to the "numbers" — the reported figures of infection cases. He previously manipulated these numbers to give the impression that the outbreak is less serious than it is. The fact that he emphasizes that it "wasn't our fault" only reveals how terrified he is of accepting responsibility for the outbreak in the country. And he should be terrified because experts have been sharply critical of his administration's handling of the crisis.

"If an hour ago someone had accused the president of leaving people on that cruise ship just to keep the numbers down it would’ve sounded like an unhinged conspiracy theory but he just blurted it out," said Politico editor Michael Grunwald.

Philip Bump of the Washington Post observed: "Imagine having an uninfected loved one on this boat and hearing the president focus on the metric of cases in the US instead of evacuation — especially given that the case total is likely to spike."

Trump did say, nevertheless, that he would leave the decision about what to do with the cruise ship passengers to the experts and Vice President Mike Pence, who is supposedly coordinating the administration's response to the crisis. But this doesn't inspire much confidence that Trump's own vain and superficial interests won't be decisive, since Pence may be willing to do whatever he can to please the president. And Trump has also previously claimed that he was leaving administration decisions up to others — such as the decision to override the denial of Jared Kushner's full security clearance — even though subsequent reporting found that the president had made the final decision himself.

Vice President Pence said Friday that 21 individuals on a cruise ship off the coast of California tested positive for the coronavirus and that the Trump administration would bring the passengers stateside this weekend.

The cruise ship will be brought into a noncommercial port. Passengers will be tested for the coronavirus and then officials will quarantine and offer medical attention to those who need it.

The vice president said 46 people aboard the Grand Princess cruise ship were tested for the virus. Of the 21 who tested positive, 19 are crewmembers and two are passengers, Pence said. He said 24 tests came back negative and one inconclusive. There are 3,500 people on the ship.