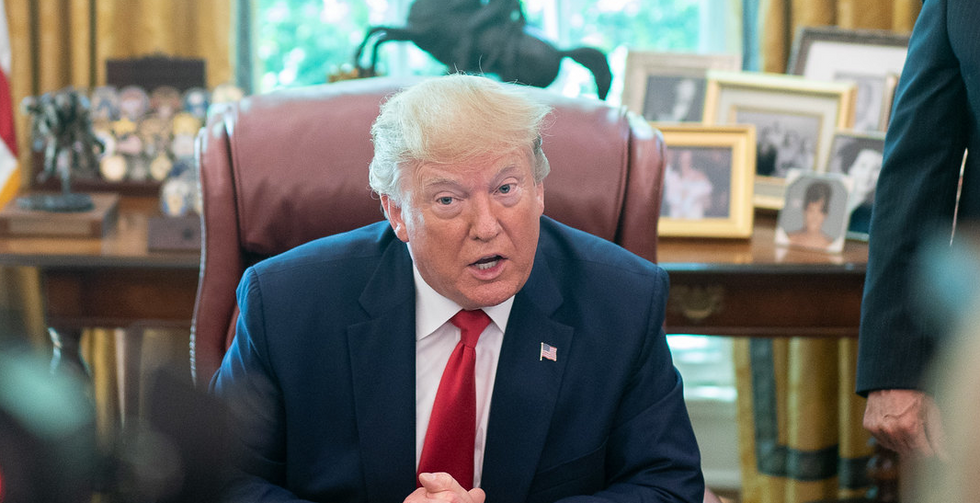 President Donald Trump Friday afternoon announced he has invoked the Defense Production Act to require GM to produce vitally needed life-saving ventilators. But it’s not the first time has and his administration have claimed the DPA was being used to require the production of critical equipment, nor is it being used as it should be.

In announcing he had finally invoked it to force GM to make ventilators they already have announced they will produce, Trump immediately backtracked, nonsensically saying he might not need to fully use the law.

“I’ve enacted the Act, we’ve used it three or four times,” Trump said, which is a lie, claiming “the companies came through, in the end, they didn’t need the Act.”

That’s not how the law works.

“It’s been great leverage I have instituted it against General Electric, we thought we had a deal for 40,000 ventilators,” Trump claimed, which again is false, it was for 20,000.

“We did activate it with respect to General Motors and hopefully – maybe we won’t need the full activation we’ll find out,” he said, after calling the car company “General Electric.”

Here's Trump saying of the Defense Production Act that "I have instituted it against General Electric," then saying… https://t.co/2FF1PZd9tP
— Aaron Rupar (@Aaron Rupar)1585342048.0

Every day that went by that the DPA remained unused is a day in the future more people will die, literally unable to breathe due to an insufficient number of ventilators across the nation.