Trump is avoiding meetings with hospital leaders as they beg for help with coronavirus crisis: report 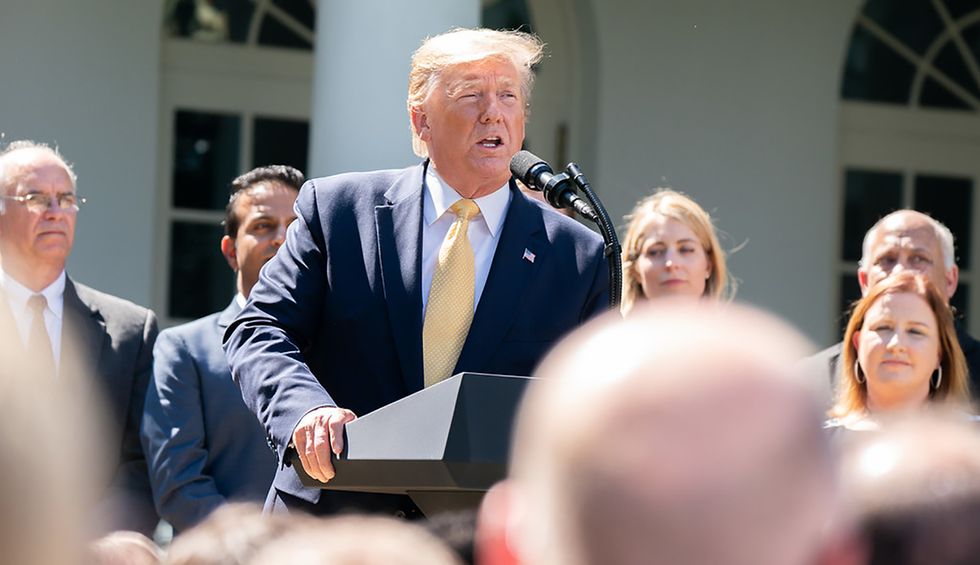 According to a report from Politico, beleaguered U.S. hospitals are pleading for help from Donald Trump’s administration as they are swamped with patients seeking care from the exploding coronavirus pandemic.

However, the president has been keeping his distance.

Despite assurances from Centers for Medicare and Medicaid Services Administrator Seema Verma that help is on the way in the form of rolling back some regulations that may help ease the burden, hospital administrators claim her plans do too little.

“Hospital leaders say that the new announcements only touch the surface of their needs, as they worry about shortages of crucial supplies, risks to their workers and the possibility of an industry bailout as coronavirus patients swarm their facilities,” the report states. “An expert on an American Hospital Association webinar last month predicted as many as 1.9 million ICU admissions from the coronavirus outbreak over the next few months, swamping existing facilities. There are only about 100,000 ICU beds across the U.S. health system.”

According to Chip Kahn, head of the for-profit Federation of American Hospitals, “I think there will be hospitals that could be pushed to the edge financially.”

The Politico report notes, “Some hospital leaders have quietly floated that they’ll need federal funding to pay for rented hotels or other arrangements as their hospital wards are quickly overrun by the coronavirus outbreak,” adding, “The risk of failure is severe: Public health experts have warned that the U.S. coronavirus outbreak, which is in its early days, could be on track to resemble the increasingly dire situation in Italy, where patients have overwhelmed that nation’s health system. That’s left hospitals calling for extreme measures from the White House and scrambling to prepare emergency steps of their own while they wait for a response.”

Adding to their problems is the fact that leaders in the hospital industry have been unable to meet face to face with President Donald Trump who made a show of meeting with CEO’s representing the retail and financial sectors.

“But in the face of the looming crisis, hospital executives said that leaders were underwhelmed by their Wednesday meeting with Verma, who spent much of the hour-long session taking notes but failed to calm industry fears about swamped emergency rooms and medical supply shortages, according to three individuals with direct knowledge of the meeting. Vice President Mike Pence briefly joined the meeting but departed to join other officials as they worked to prepare the president for his Oval Office address,” the report states. “But hospital leaders haven’t had time alone with President Donald Trump — even as leaders of other health sectors, like the insurance industry, the pharma industry and the lab industry, have been granted extended face-to-face meetings with the president and Pence.”