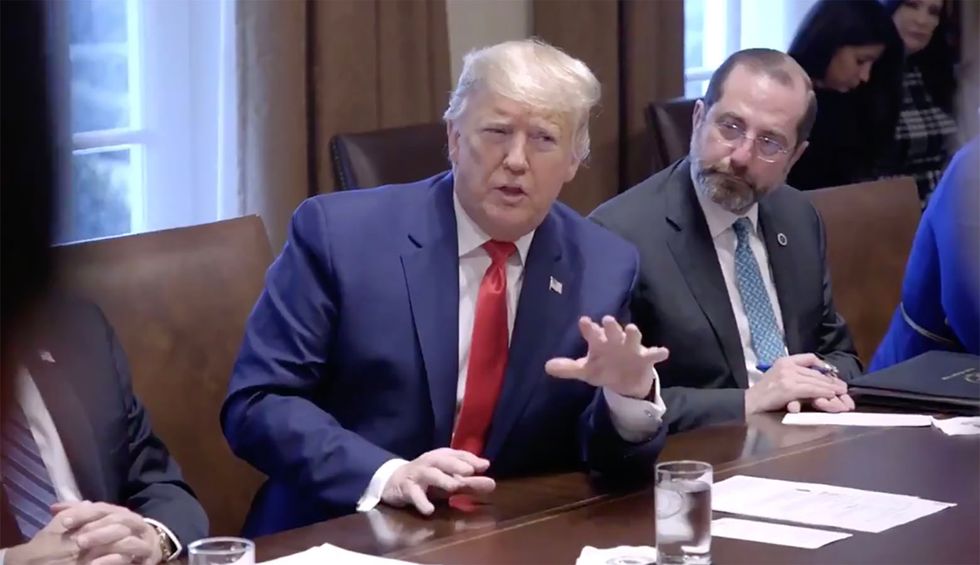 When President Donald Trump met with airlines executives on Wednesday, March 4,  he assured them that despite the coronavirus outbreak, it was still safe to fly. The president commented that because of coronavirus, “I haven’t touched my face in weeks. It’s been weeks! I miss it.” And Twitter users are fact-checking that claim, demonstrating that Trump has, in fact, touched his face more recently than that.

During the meeting with airline executives, Trump told them, “I think it’s safe to fly. We have closed down certain sections of the world, frankly…. Yes, it’s safe.”

President Trump while answering question on air travel in meeting with airline CEOs: "I haven't touched my face in… https://t.co/sVC0weQyfq
— CSPAN (@CSPAN)1583341787.0