Trump has filled the government with his corrupt lackeys. Spoiler: That hasn't worked out well for the rest of us 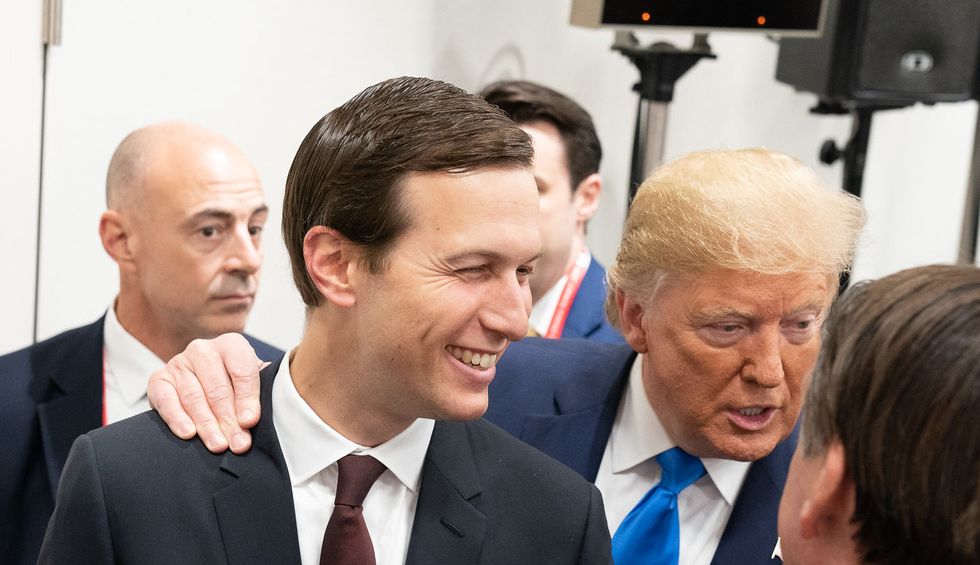 In February of 2017, in the very early days of the Trump administration, Steve Bannon, then the White House strategic adviser, appeared at the annual gathering of the Conservative Political Action Committee and described the new administration's three "lines of thought." The first had to do with sovereignty or "America First." The second was what he called "economic nationalism" ( Trump's trade war). And the third he called "the deconstruction of the administrative state."

At the time it was assumed that this meant deregulation, a long-held goal of the conservative movement, by another name. And in fact the Trump administration has taken a wrecking ball to environmental and workplace regulation, mostly under the radar. Even the coronavirus pandemic has been used as an opportunity to drastically reduce regulations on pollution.

But whatever Bannon may have thought, "deconstruction of the administrative state" wasn't part of any ideological "line of thought," because Donald Trump doesn't think that way. What it really meant was the degradation and delegitimization of the nonpolitical career officials who run the federal government on a daily basis. This had nothing to do with some theoretical commitment to small government. It was all about a commitment to Donald Trump.

These officials, whether in the intelligence community, the Department of Justice, the Pentagon, the EPA, Homeland Security or the State Department, are all tasked with seeing that rules, norms, regulations and laws are followed and impartial facts and data are produced so the government and the private sector can make rational decisions. They had to be marginalized in order to protect this inept, impulsive, narcissistic president, who had no understanding of how government works and no knowledge of what his job entailed.

Trump's allies have been relentless in their mission. The turnover in the first three years of this administration has been staggering. When agency heads weren't forced to leave because of blatant corruption they were pushed out ignominiously for anything from perceived personal slights to jealousy over too much positive attention from the press to differences over his reckless policy decisions. And he has most often decided not to name permanent replacements but to leave "acting" heads in charge, ostensibly because he likes the flexibility. The truth is that he has taken to placing unqualified cronies in important jobs who probably couldn't get Senate approval, and leaving a large number of jobs unfilled.

This has left the Justice Department in a state of near-mutiny under the leadership of top Trump henchman Bill Barr, while the intelligence community tries to avoid telling Trump anything he doesn't want to hear and the State Department is staffed by people who have no idea what American foreign policy is from one day to the next. But I think most Americans assumed that the workings of the federal public health agencies would be beneath the notice of the president and would therefore hum along without much interference. That turns out to be wrong too, and for obvious reasons. The agencies are interlocking, and if one is being undermined they all are.The New York Times recently reported that Trump's propensity for hiring loyalists without experience and leaving many positions unfilled has made the response to the coronavirus pandemic erratic and incompetent at all levels of government. At Homeland Security, 20 senior positions are either vacant or filled by acting officials, including acting secretary Chad Wolf, who appeared completely clueless in a recent Senate hearing. Workers in the Department of Veterans Affairs had to order medical supplies from Amazon because their leaders are so inexperienced in disasters they didn't plan ahead for patients at VA hospitals during the pandemic.And if you're wondering what went wrong at the Centers for Disease Control and Prevention, ProPublica reported on Thursday that from the beginning that agency was in total chaos trying to deal with the pandemic, a crisis that is specifically in its wheelhouse. It wasn't just that the tests they developed didn't work or that they inexplicably refused to use the test German scientists had developed for the World Health Organization. The agency was failing at its most basic function.:

On Feb. 13, the U.S. Centers for Disease Control and Prevention sent out an email with what the author described as an "URGENT" call for help. The agency was struggling with one of its most important duties: keeping track of Americans suspected of having the novel coronavirus. It had "an ongoing issue" with organizing — and sometimes flat-out losing — forms sent by local agencies about people thought to be infected. The email listed job postings for people who could track or retrieve this paperwork.

Trump has insisted over and over again that no one could have predicted that something like this, which of course is complete nonsense. The Obama administration had set up a pandemic team within the National Security Council, which ran potential scenarios for the incoming administration in January of 2017 as part of a legally required transition exercise. Roughly two-thirds of the Trump representatives who attended that meeting are no longer serving in the administration anyway, another example of how the huge turnover has contributed to the botched response. In any case, former national security adviser John Bolton disbanded the team when he joined the White House, so there is hardly anyone around who would have benefited from those briefings anyway.

But according to Politico, the Obama folks left a "playbook" behind that outlined everything the new administration needed to know to begin the coordination of the various agencies and distribution of materials as well as other helpful guidance. Apparently, that guidance was thrown onto a shelf somewhere, and has been gathering dust ever since.

None of that is surprising. When Trump was asked at one of his White House coronavirus campaign rallies if he'd called any of the former presidents for advice, he replied that he thinks he's doing an incredible job and said, "I don't think I'm going to learn much."

On Thursday, he blamed the Obama administration for his own lack of preparation, garnering this response:

Trump's habit from the beginning has been to fire anyone who follows the law or science if he feels that threatens him in any way. So this Washington Post story about the "cadre of right-wing news sites" who are agitating for the firing of National Institute of Allergy and Infectious Diseases chief Dr. Anthony Fauci is all too predictable, considering Trump's track record. They object to Fauci's insistence that the data and the course of the virus must determine when the guidelines for social distancing can be lifted. Why? Because he is "an agent of the 'deep state' that Trump has vowed to dismantle." Of course.

And so the administrative state continues to be deconstructed, one dead American at a time.