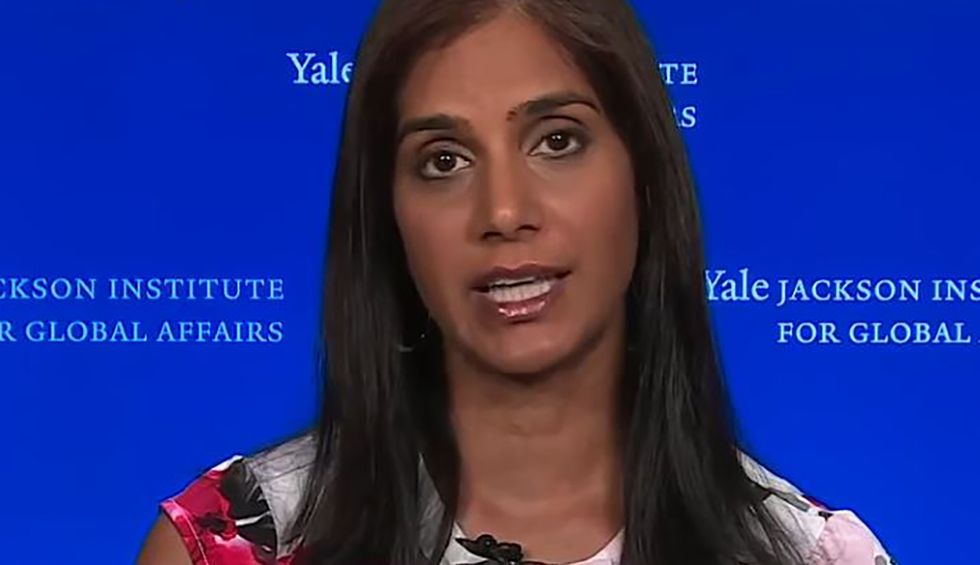 The coronavirus pandemic has found some Democratic governors making an effort to get along with President Donald Trump, including New York Gov. Andrew Cuomo — who has been warning the president that his state could suffer from a serious shortage of hospital equipment and medical supplies in the weeks ahead. And some of Trump’s critics, according to Law & Crime reporter Jerry Lambe, are alleging that he could be guilty of another quid pro quo with the type of rhetoric he has used in connection with those governors.

When Trump was indicted on two articles by impeachment by the U.S. House of Representatives last year, prominent Democrats argued that he was guilty of a quid pro quo: making military aid to Ukraine a condition of an investigation of former Vice President Joe Biden and his son Hunter Biden. But the U.S. Senate later acquitted Trump on both articles during his impeachment trial.

Trump recently asserted, “Usually, we’ll have 50 governors that will call at the same time. I think we are doing very well. But it’s a two-way street. They have to treat us well also. They can’t say, ‘Oh, gee, we should get this, we should get that.’ We’re doing a great job — like in New York, where we’re building…. four hospitals, four medical centers.”

University of Denver law professor Nancy Leong, Lambe notes, pointed out that three states with Democratic governors had yet to receive the federal unemployment assistance that follows a “disaster” designation (Washington, New York and California). And Leong, on Twitter, quoted Stanford law professor Pamela Karlan — who, House Democrats, in early December, used as a witness during their impeachment inquiry against Trump. Karlan told Congress, “What would you think if, when your governor asked the federal government for the disaster assistance that Congress has provided

"What would you think if, when your governor asked the federal government for the disaster assistance that Congress… https://t.co/rYyBt1r3nL
— Nancy Leong (@Nancy Leong) 1585147251.0

Daniel Goldman, former lead counsel for the House Intelligence Committee, also wondered if Trump was withholding aid to blue states during the pandemic simply because they are blue states.

In a March 25 tweet, Goldman asked, “Question: would Trump release the funds if these were red states? Is the President of the (entire) United States *still* playing politics with #COVID19?”

Asha Rangappa, a legal analyst for CNN and former FBI agent, noted the similarity between Trump’s “two-way street” rhetoric and the “do me a favor, though” rhetoric he used during his now-infamous July 25 phone conversation with Ukrainian President Volodymyr Zelensky.

Question: would Trump release the funds if these were red states? Is the President of the (entire) United States *s… https://t.co/ROEpBaivKV
— Daniel Goldman (@Daniel Goldman) 1585139331.0