This may be the only way to avoid another Great Depression 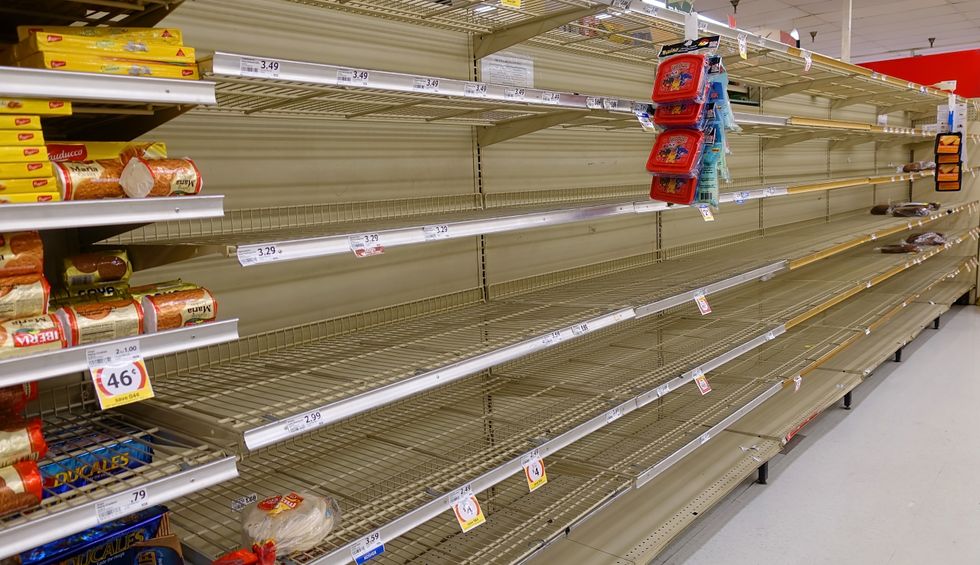 As we all are now painfully aware, the only effective means of slowing and eventually halting the spread of the COVID-19 coronavirus is through “social distancing.” That means limiting your contact with other people, avoiding large gatherings, social functions and the like. But, of course, the economic impact of such necessary “social distancing” is staggering, with cascading effects on businesses and their employees already expected to dwarf the impact of the Great Recession, as much of the economic activity in this country grinds to a halt.

With a potential contraction of 5-10% of the U.S. economy looming by the second quarter of this year, our lawmakers are being forced to contemplate new solutions to this unprecedented crisis. Some of these proposals, thanks primarily to Democrats in Congress, are already in the pipeline. But, as Jamelle Bouie, writing for the New York Times, states: “[E]ven the most ambitious proposals are nowhere near powerful enough to actually stop the coronavirus from destroying the economy. To do that, policymakers have to go beyond stimulus or bailouts for select industries. They have to take responsibility for economic life on a scale not seen since the New Deal. “

The outbreak threatens entire industries with destruction. Most restaurants, for example, can probably survive a week or two of social distancing. Some can survive a month. But if self-quarantine lasts for months, then hundreds of thousands of businesses, including suppliers and distributors, will fail. Millions of Americans will be out of work. It’s even worse for travel and tourism. The so-called accommodations sector of the economy, which includes hotels and other forms of lodging, accounts for more than two million jobs — all of them are endangered by extended periods of social distancing. The shock from losing these industries would be more than enough to push the economy into depression.

Emmanuel Saez and Gabriel Zucman are professors of economics at the University of California, Berkeley. This week they published a concise, pointed memorandum proposing a workable solution to the coming economic crisis (Bouie highlights that memo in his Times column). That solution is for the U.S. government to step in to assist business through a mechanism of social insurance making the government a “payer of last resort.”

Some excerpts from the Saez/Zucman memorandum:

The coronavirus threatens the world’s economic life. The most important message that needs to come from heads of state immediately, even before any new law or complete implementation details are provided,is: “Do not layoff your workers or liquidate your business. Government will pay your idle workers and your necessary maintenance costs while you are shut down. Government money is coming soon.” This is crucial to stanch the flow of mass layoffs and business destruction that is already starting. Why is such a measure necessary, and how to implement it in practice?

Based on anticipated loss of output due to self-imposed “social distancing” as well as the enforced closure of businesses deemed to be “non-essential,” Saez and Zucman expect a loss in economic output of 30% (assuming the widespread work stoppage which we are already seeing). Over one quarter they would expect an annual loss in GDP of around 7.5%, which they characterize as comparable to a severe recession. Their goal, therefore, is to prevent that recession from transforming into a Depression.

Without immediate government action, they note, we are looking at mass layoffs, as many businesses simply don’t possess the liquidity to maintain themselves as a going concern over such a time frame. Following these layoffs many businesses will have no choice but to shut down permanently, with all the social consequences that result. As the authors note, “The death of a business has long-term costs: the links between entrepreneurs, workers, and customers are destroyed and often need to be rebuilt from scratch; laid off workers need to find new jobs.”

Obviously the goal should be to avoid this outcome. There is only one way to do that, as some European countries, such as Denmark and France, have already begun to recognize: by paying to keep those “hibernating” businesses—the ones impacted most by “social distancing”-- alive.

In the context of this pandemic, we need a new form of social insurance, one that directly helps both workers and businesses. The most direct way to provide this insurance is to have the government act as a payer of last resort so that hibernating businesses can keep paying their workers (instead of laying them off) and can keep paying their necessary bills such as rent, utilities, interest, etc. (instead of going bankrupt).

This would require that workers remain formally employed. In simple terms, a business would report itself as “idle” and provide an accounting of its maintenance costs (rent, utilities, debt interest, health insurance payments) to the government.  Those costs would be borne by the government. Meanwhile, its workers would be eligible for unemployment insurance. Fortunately the framework to do this is already in place.

The coronavirus pandemic is (thankfully) a temporary problem, and affects discrete industries more than others. According to the authors, this distinguishes the crisis from a “normal” recession and makes their proposed regimen workable (Obviously there is a substantial potential for fraud embedded within these assumptions and one of the drawbacks of the Saez/Zucman memorandum is that this problem is not addressed). But the key aspect is that it allows businesses to “hibernate” and weather the crisis without risking bankruptcy. Their proposal also notes that other solutions, such as providing interest-free loans, still saddle businesses with untoward amounts of debt even after the crisis has passed.

So how much would this cost? The calculation is fairly simple: since a drop in annual GDP of 7.5% is well within the realm of possibility, and since unemployment compensation typically amounts to a little more than half of what workers normally earn, they believe the cost to the government would be around 3.75 % GDP. In other words—a lot.  And yes, this is “socialism,” at least for a temporary period. The authors acknowledge that this will not completely repair the massive damage that is looming on the horizon. But the authors don’t see the other “solutions” being proposed as realistic or viable, given the scope of the economic calamity.

Current proposals to deal with the economic consequences of the pandemic do not go far enough or are not well targeted to the ailing sectors. Business loans help businesses but do not compensate them for their losses. Postponing tax payments helps with liquidity but is not well targeted, since it also benefits individuals and businesses not directly affected by the pandemic. Direct payments to individuals(such as $1,000 checks to each household) help alleviate temporary economic hardship but this policy is poorly targeted as well: it’s too little for those who lose their jobs, and it is not needed for those who don’t.

Nor does providing “sick leave,” or unemployment benefits in the traditional sense help to stave off the existential threat that now exists to American businesses. It may keep some workers from homelessness, but it won’t give them a job to return to.

But a payer-of-last-resort program would alleviate the hardship on workers and businesses. It would maintain the cash flow for families and businesses,so that the coronavirus shock has no secondary impacts on demand—such as laid-off workers cutting down on consumption—and a quick rebound can take place once demand comes back. Business activity is on hold today, but with an intravenous cash flow, it can be kept alive until the health crisis is over.

And that is the really the key here.  These proposals will meet with criticism and ridicule from conservatives who abhor the very idea of government stepping in to help ordinary Americans. But the collapse of these hundreds of thousands of businesses is not some ideological football—many are literally going to be facing actual extinction in the coming weeks. Traditional “conservative” solutions have no answer to this. Whether they like it or not (and they won’t), it is becoming increasingly apparent that unprecedented government action is going to be the only thing that is going to prevent American capitalism from collapsing.

The irony of that is almost too rich for words.