This is how Trump could steal the 2020 election 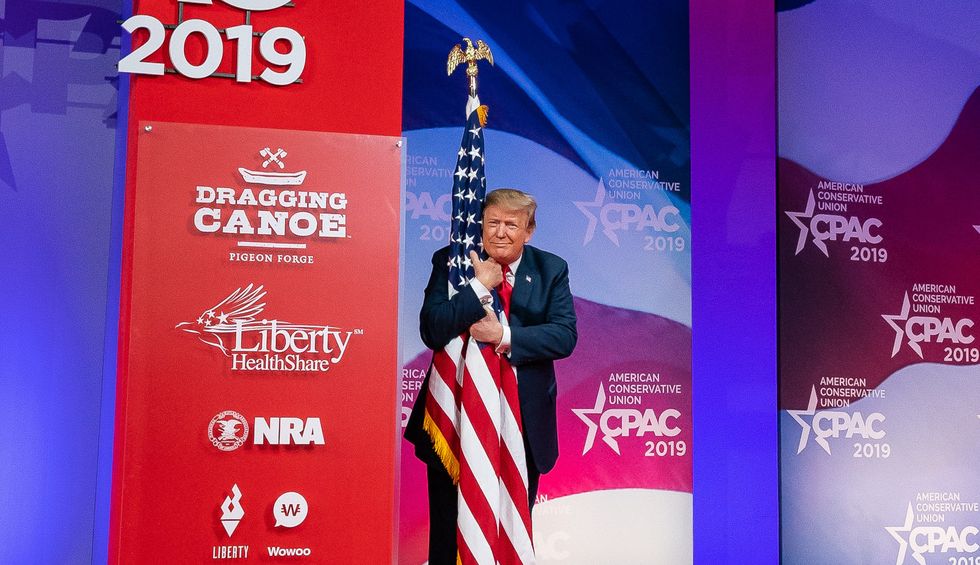 Donald Trump can't cancel the presidential election. Congress sets Election Day by statute, as the Tuesday after the first Monday in November.

Nevertheless, the coronavirus pandemic has already wreaked havoc on our elections. Two states, Louisiana and Georgia, have postponed presidential primaries. Ohio's governor announced late Monday afternoon that he wanted to reschedule Tuesday's primary. Florida, Illinois and Arizona, meanwhile, as of now have decided against finding another date, even as the Centers for Disease Control warns against gatherings of 50 more or people, for the next eight weeks.

We know what needs to be done. Every American must be allowed to vote by mail, no excuse necessary. As we quickly ramp up voting by mail, we must also expand online voter registration, while remembering that historically disenfranchised communities often lack reliable or secure mail service, may require printed ballots to be translated, and will need extra protection. In a democracy, the vote must go on.

But this fall's elections must also be protected from partisans who might use a national emergency as an excuse to subvert democracy. Trump might not be able to cancel elections on his own. Individual state legislatures, however, could essentially nullify the results, if they wished, by exercising the authority to appoint the state's representatives to the Electoral College.

This seems wildly anti-majoritarian, and it is. The popular vote in each state has long determined how Electoral College votes are assigned. An occasional "unfaithful elector" has made headlines by casting their vote for someone else, but it hasn't affected the outcome of a race.

Nevertheless, this fall might not unfold in the manner that we have become accustomed. It's time to talk about this now, before Trump or anyone else attempts to pull an October — or November — surprise. Article two, section one of the U.S. constitution assigns each state legislature the power to "appoint, in such Manner as the Legislature thereof may direct" its electors.

It's easy to imagine any number of nightmare outcomes. If the crisis continues into November, or re-surges in the fall, individual states could be forced to postpone elections. Congress and the states may not act quickly enough to establish a vote-by-mail backup plan, and in-person voting could still be too risky. Mail-in votes could overwhelm the U.S. Postal Service or election officials. They could take weeks to count, putting the December gathering of Electors in doubt. Or, state legislatures might do the seemingly impossible and simply choose to override the winner of the statewide vote, substituting their will for the popular will.

This would not only be constitutional, but as Mark Stern of Slate points out, the U.S. Supreme Court made this clear as recently as Bush v Gore in 2000, when the 5-4 majority ruled that a state legislature can "if it so chooses, select the electors itself" and also "take back the power to appoint electors."

We may be running into a full-scale collision of a deadly crisis and an ancient and nonsensical electoral system — held together by norms, flukes and good luck — with unprincipled partisans who have already shown their willingness to trample those norms for their own purposes.

Now combine all those dangers with toxic gerrymandering that has already introduced a deep disconnect between the popular vote and legislative control in important states. Right now, 59 million Americans live in a state where one or both chambers of the state legislature is controlled by the party that won fewer statewide votes in 2018. That's almost one in five of us, and it includes such crucial swing states as Wisconsin, Pennsylvania, Michigan and North Carolina.

When voters in Wisconsin and North Carolina elected Democratic governors, these gerrymandered legislatures — insulated from the ballot box, and holding a hammer-lock on power despite winning hundreds of thousands fewer votes — immediately acted to take crucial powers away from the governor and assign them to themselves. In North Carolina, Rep. David Lewis, the Republican responsible for drawing the state's maps, defended his rigged handiwork by proclaiming, "I think electing Republicans is better than electing Democrats. So I drew this map to help foster what I think is better for the country."

Why should anyone think Lewis or his similarly extreme colleagues, representing similarly warped districts, and similarly holding themselves above the will of the people, would behave otherwise if Democrats carry North Carolina this fall?

Many models suggest that the Electoral College could be so close this fall that the winner in Wisconsin determines the presidency. In Wisconsin, voters ousted GOP Gov. Scott Walker in 2018, handed control of every statewide office to Democrats, re-elected progressive U.S. Sen. Tammy Baldwin, and favored Democratic candidates for the state assembly by 200,000 votes over the Republicans. And yet Republicans nevertheless control that assembly — it isn't even close — by a 63-36 margin.

Would Wisconsin's unaccountable legislature monkey with the state's electors? We don't know. But it would be naive to put it past them, or to think that reasonable voices inside the Republican Party or the U.S. Supreme Court would protect democracy if they did.