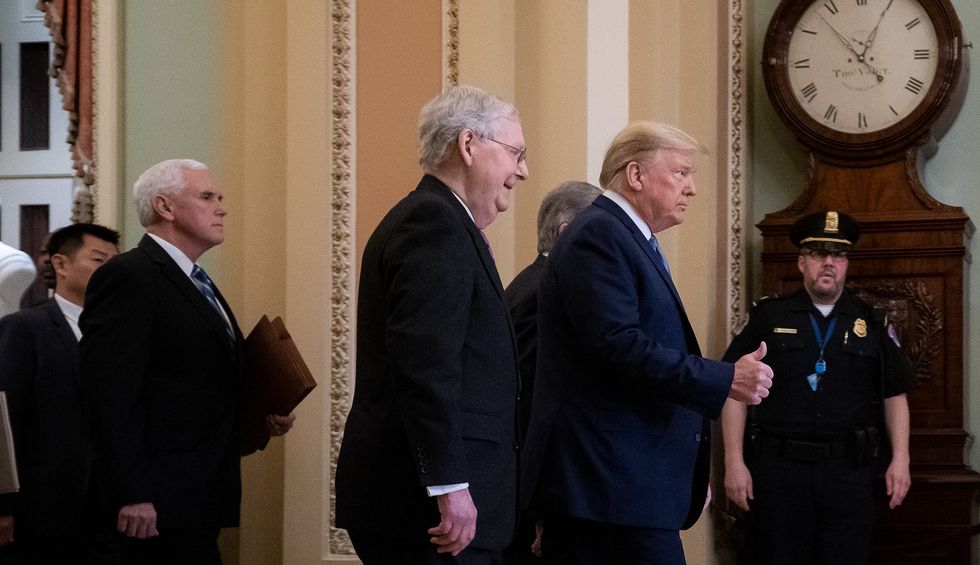 Tucked inside Senate Republicans' gargantuan coronavirus stimulus package is a provision that progressives are warning could significantly damage Social Security's funding in the short-term and empower right-wing lawmakers to make even deeper cuts to the vital program in the future.

"Senate Republicans are using the coronavirus crisis as a cynical cover to attack our Social Security system," Nancy Altman, president of advocacy group Social Security Works, warned in a statement.

The GOP's $1.8 trillion Coronavirus Aid, Relief, and Economic Security (CARES) Act would allow businesses to delay payment of the employer payroll tax—one of the primary funding mechanisms for Social Security—for the rest of 2020.

"The Republican plan would replace Social Security's dedicated revenue [from the payroll tax] with deficit-funded general revenue, but this is a trap," explained Altman. "Once the pandemic is done, Republicans will undoubtedly use the general revenue to demand cuts to Social Security in the name of 'reining in entitlements,' something they have already expressed their strong desire to do."

The Senate GOP's legislation, which also contains a $500 billion "slush fund" for corporations, failed to clear a procedural hurdle Sunday night amid unified Democratic opposition. A second procedural motion to advance the bill also failed Monday afternoon and talks over the measure's specifics remain in flux.

While ostensibly intended as a form of relief for employers struggling to cope with the coronavirus-induced economic fallout, Social Security Works warned in a letter (pdf) to members of Congress over the weekend that Republican proposal to delay the employer payroll tax is "a Trojan Horse."

"Since there are much better ways to deliver the same relief to employers, we see this as callously using the coronavirus pandemic as a cover for an attack on Social Security," Altman and Lawson added. "We urge you, as emphatically as we can, to oppose this proposal."

"Decreasing or fully eliminating the FICA undermines the foundation of our Social Security system and sets the stage for future demands to cut Social Security, even if the proposal replaces the lost revenue with deficit-funded general revenue," the groups wrote in a letter to Republican and Democratic congressional leaders.

Altman said the plan would "help beneficiaries afford housing, food, medicines, and other vital needs during this challenging time."