These GOP lawmakers are now in self-quarantine. They also interacted with Trump 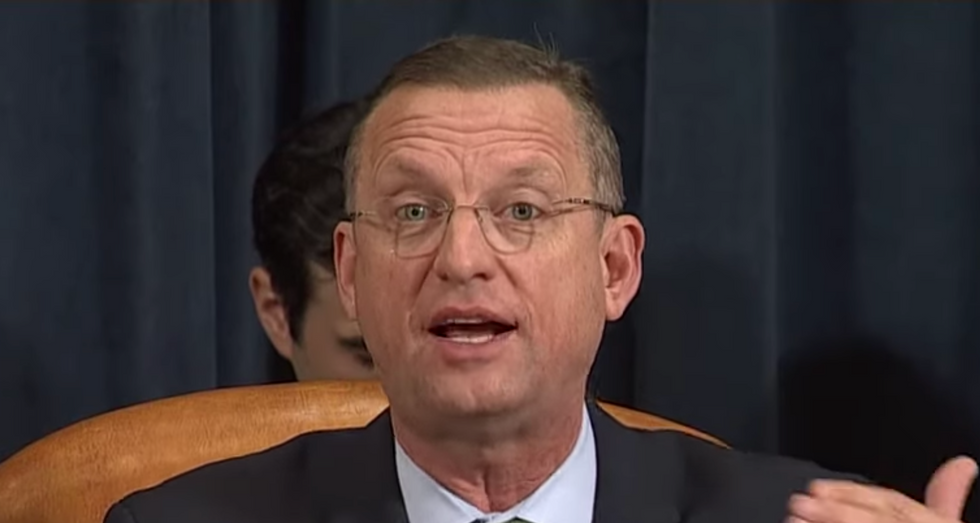 Two Republican congressmen who recently interacted with President Donald Trump are placing themselves in self-quarantine because of potential exposure to the coronavirus.

Reps. Doug Collins of Georgia and Matt Gaetz of Florida have said publicly that they came into contact with a person at the conservative conference CPAC who has since tested positive for the virus.

“This afternoon, I was notified by CPAC that they discovered a photo of myself and the patient who has tested positive for coronavirus," said Collins in a statement. "While I feel completely healthy and I am not experiencing any symptoms, I have decided to self-quarantine at my home for the remainder of the 14-day period out of an abundance of caution. I will follow the recommendations of the House Physician and my office will provide updates as appropriate.”

The Florida congressman made a similar announcement on Twitter:

Congressman Gaetz was informed today that he came into contact with a CPAC attendee 11 days ago who tested positive for COVID-19.
— Rep. Matt Gaetz (@Rep. Matt Gaetz)1583783826.0

Reporters quickly pointed out that the president has recently come into contact with both Collins and Gaetz.

Gaetz, meanwhile, was seen by the White House press pool boarding Air Force One to travel with the president on Monday.

Bloomberg's Justin Sink also reported that Sen. Ted Cruz (R-TX), who placed himself under quarantine on Sunday night for the same reason, also met at the White House on Thursday. He said that White House "officials have stressed that Trump has been religious about hand washing and other precautions."

There's no reason to believe that Gaetz, Cruz, or Collins passed the virus to Trump, since it has not been confirmed that any of them contracted it in the first place. But the totality of the contacts shows how easily such an outbreak could spread and can even impact top officials in the federal government. In Iran, where the outbreak has spiraled out of control, two officials have already died from the infection.

Trump, too, attended CPAC, though it has not been reported that he interacted with the person since diagnosed with the virus. But the Washington Post reported:

Trump was photographed shaking hands with Matt Schlapp, the chairman of the American Conservative Union, who confirmed that he had been in direct contact with the infected man during the Conservative Political Action Conference last month.

Gaetz was the subject of criticism after he wore a gas mask to congressional proceedings last week as lawmakers passed funding to fight the outbreak. Gaetz voted to approve the measure, even while voicing ridiculous concerns about paying for the funds:

I voted for the Coronavirus legislation because we must have resources now to prevent further spread. But I didn’… https://t.co/xkoSnSALaS
— Matt Gaetz (@Matt Gaetz)1583362468.0

Now his office is trying to say that he wore the mask not to mock the seriousness of the disease but to demonstrate "his concern ... on the House Floor."

However, there was no sign at the time that he was taking the issue seriously. And if he was, wearing a gas mask is the last thing he should have done. Officials have urged the public not to wear face masks unless they are themselves infected, and Gaetz's actions could have muddled the message. And when he spoke to TMZ about the matter, he was clearly in a jocular mood:

When asked by TMZ where he got the gas mask from, Gaetz remained coy.

“I gotta keep that confidential…Top secret. You don’t wanna know what underground lair I pulled this from. It’s not made in China though,” he said.

The congressman said he doesn’t expect President Trump to follow his lead and get himself a matching gas mask, mostly “based on what it does to the hair.”

Just before entering the office building and finishing the impromptu interview, Gaetz decided against advising spring break travelers to cancel their planned trips to Florida.

“In my experience, the things that you consume on spring break will typically kill the coronavirus.”