‘The Martin Shkreli of the pandemic’: Company threatens to sue after Italians 3D print $11,000 ventilator piece for $1 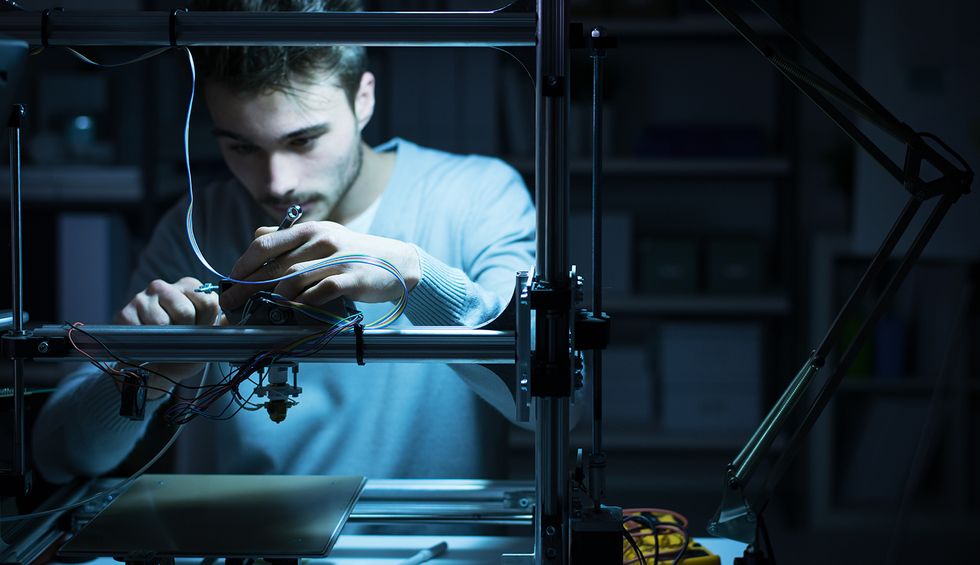 After two Italian volunteers used a 3-D printer to manufacture a desperately needed ventilator component for those stricken by the coronavirus, the medical company with the patent for the device threatened to sue—even as the printed valves saved at least 10 people's lives in a hospital in the northern Italian city of Brescia.

"There were people whose lives were in danger, and we acted," Cristian Fracassi, who along with fellow volunteer Alessandro Ramaioli made the valves, said in a Facebook post on Sunday. "Period."

Fracassi and Ramaioli, who work at 3-D printing startup Isinnova, were asked by physicist Massimo Temporelli to assist with producing the valves for only $1 after supplies from the source medical company were not forthcoming. The company, which charges $11,000 a piece for the devices, did not share the technical specifications for producing the valve—leading the volunteers to measure the valves and print from those numbers—and has threatened to sue for patent infringement.

TechDirt's Glyn Moody noted on Tuesday that the greed at the heart of the threat to sue was staggering and indicative of the deeper problems in the world economic system laid bare by the coronavirus outbreak:

This is a perfect example of how granting an intellectual monopoly in the form of a patent allows almost arbitrarily high prices to be charged, and quite legally. That would be bad enough in any situation, but when lives are at stake, and Italian hospitals struggle to buy even basic equipment like face masks, demanding such a sum is even worse. And when a pandemic is raging out of control, for a company to threaten those selflessly trying to save lives in this way is completely beyond the pale.

As Metro UK reported, Fracassi and Ramaioli are still hard at work manufacturing as many devices as they can:

The valves he produced worked on 10 patients at the overstretched hospital, and the engineer is in the process of creating 100 more. But Fracassi says he is not sure how long the they will last or whether they are reusable, as it is possible sterilisation may damage them.

His team are testing out three different designs after failing to secure the original blueprints. The country is grappling with a medical equipment shortage as the number of coronavirus cases continue to surge and 3D printing could off a solution to broken supply chains.

Observers were unimpressed with the medical company's threats in the face of the pandemic, which has already killed 2,503 people in Italy.

"On the face of it, this seems a pretty clear cut case of pure evil," tweeted Australian political cartoonist Jon Kudelka.