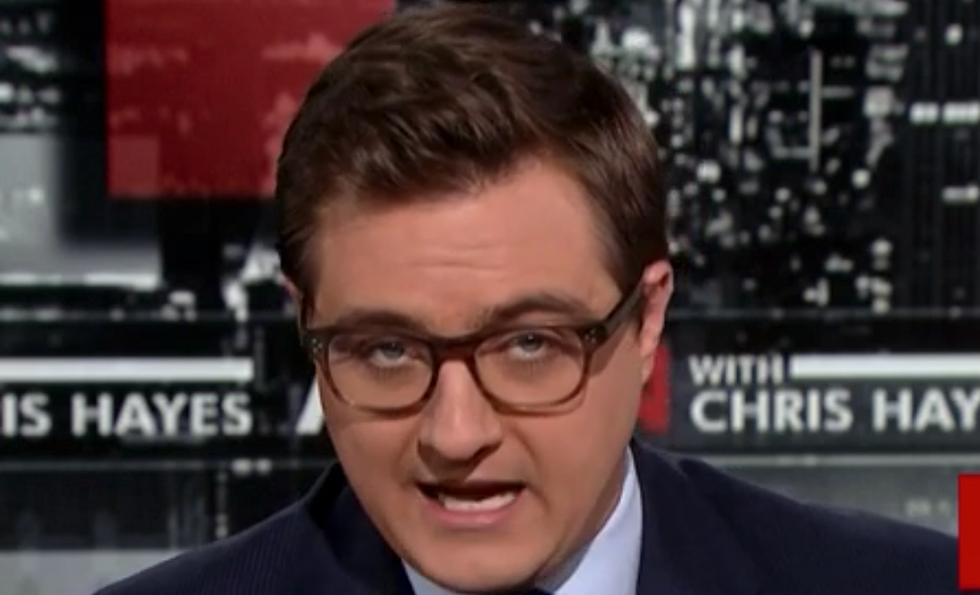 MSNBC's Chris Hayes was clearly livid Wednesday night as he tore into President Donald Trump's botched handling of ongoing coronavirus crisis on his show "All In."

He explained that the government has significantly fallen behind any reasonable timeline for deploying tests for the virus, known as Covid-19, which is spreading in the U.S. population and is already believed to have killed at least 10 Americans. Though the administration has finally launched an effort to distribute more tests, it is far behind where it should be to contain the outbreak.

One expert, he noted, thinks that the official tests could reveal that the number of cases in Seattle could resemble those in Wuhan, China a few months ago — where the outbreak began.

This is a serious thing. It's not World War Z, it's not 'everyone's going to die.' It's a serious thing, that needs to be dealt with seriously. And right now, the federal government is failing! They are failing to do that. And they appear to be failing for a reason. The reason is the person at the top of the federal government does not want to deal with the problem. He very clearly wants it to go away. He said cases are going to go down to zero. He says he's hoping for a miracle. Or maybe it will go away seasonally. He spent the last week talking about the vaccine — which is not the point! The vaccine's going to take a year to 18 months! Which the president cannot accept.

Hayes then played a clip of Trump meeting with pharmaceutical executives, clearly not understanding that a vaccine cannot possibly be developed in a short timeframe. An administration official had to correct Trump in front of everyone.

"The government, our government, the government led by that man, is failing right now," Hayes said. "And there's nothing to point the cameras at. There's no Hurricane Katrina moment, with people outside the convention center desperately begging for water. There's just an invisible virus making its way through communities without adequate preparation or information. We need truth, we need the facts, we need testing, and we need them now! We need them a week ago. And Donald Trump should take the next month off and golf, while someone else handles it."

"The federal government does not want to deal with the problem. He very clearly wants it to go away. He said cases… https://t.co/GfQajnyEGd
— AlterNet (@AlterNet)1583373336.0