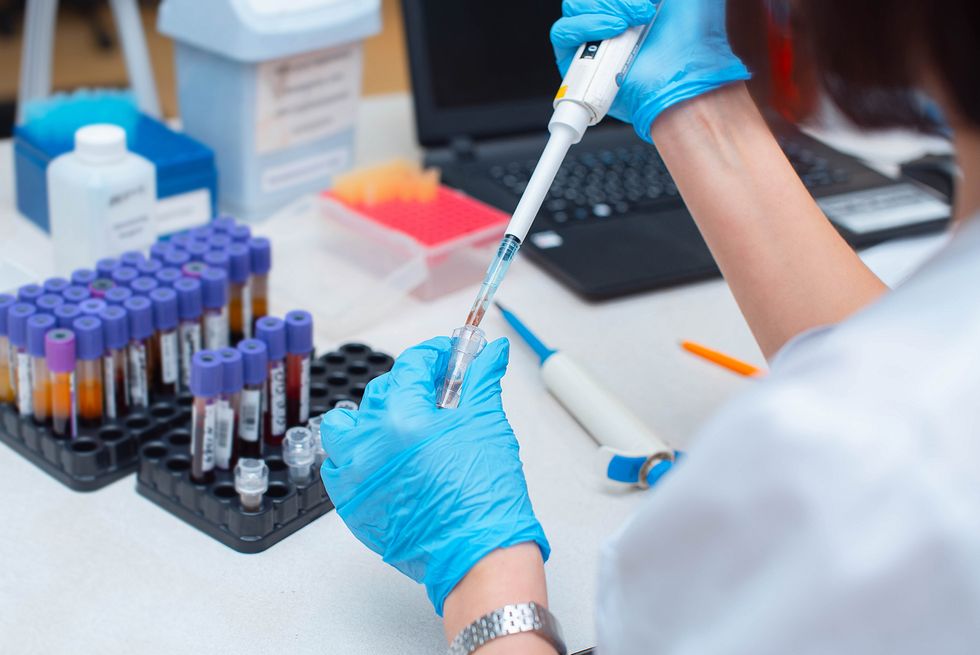 A federal directive that’s supposed to speed up the response to a pandemic is actually slowing down the government’s rollout of coronavirus tests.

The directive, issued by the U.S. Food and Drug Administration, requires that the Centers for Disease Control and Prevention, a sister agency, retest every positive coronavirus test run by a public health lab to confirm its accuracy. The result, experts say, is wasting limited resources at a time when thousands of Americans are waiting in line to get tested for COVID-19.

The duplicative effort is the latest obstacle that is slowing the federal response to COVID-19, which has infected more than 1,300 people and resulted in 38 deaths in the United States. Progress was already delayed because the CDC decided to make its own test rather than adopting the design endorsed by the World Health Organization. The test then didn’t work properly and had to be fixed. The problems were further compounded by delays in certifying tests by private laboratories as well as a shortage of supplies and raw materials used for testing.

On Feb. 4, the FDA, which regulates devices as well as drugs, released a document called an Emergency Use Authorization to govern the use of the test. The goal of the emergency authorization is to short-circuit the typically onerous regulatory review that the agency imposes on new diagnostic devices — a process that can take months to years.

In the face of an imminent outbreak, however, the stringently written EUA appears to have become more of a hindrance than a help. Because of the requirement that the CDC rerun tests conducted by public health labs, as of two weeks ago the CDC’s website was lagging in its tally because it was only reporting confirmed cases. The CDC is now reporting both presumptive positives, which have been tested only by local labs, as well as cases it has confirmed.

“This is the time when we need as many tests as we can very quickly, because we need to know what is happening in this country,” said Dr. Leana Wen, an emergency physician and former health commissioner for the city of Baltimore. “Right now we are in the dark about the degree of COVID-19 spread. It’s hard for us to proceed to do our work in public health without concrete information.”

The CDC says it is simply following the process set out by federal regulations, though it couldn’t say how many false positives, if any, have shown up in the verification process.

“The regulatory language of the EUA dictated that,” CDC spokesman Richard Quartarone said. “We have to follow the rules. If we don’t follow the rules, FDA could shut us down. That is a real thing.”

The CDC is designed to serve as a short-term bridge to widespread testing while it analyzes a new disease and makes sure diagnostic tests are working correctly before handing the role off to the private sector, Quartarone said. If duplication hadn’t been required, the CDC may have been able to help with more front-line testing before private-sector labs took over, he said.

The emergency authorization also slowed the process of tests offered by private labs, which became available last week. The FDA initially required private labs to copy the CDC’s test design and have the agency review their tests before allowing them to begin testing. It took more than three weeks and growing criticism for the FDA to update its guidelines to allow certain academic labs to start testing once they had validated their tests internally.

In response to questions, FDA spokeswoman Stephanie Caccomo referred a reporter to a speech by FDA Commissioner Stephen Hahn on March 7, in which he defended the agency’s process.

“In the U.S., we have policies in place that strike the right balance during public health emergencies of ensuring critical independent review by the scientific and public health experts and timely test availability,” Hahn said. “The CDC test is a high-quality test, and it’s important to remember that false negatives or positives can be detrimental to making sure we are treating patients early, without delay, and also not quarantining healthy individuals.”

Joshua Sharfstein, vice dean for public health practice and community engagement at Johns Hopkins’ School of Public Health, said the FDA’s high standards might have been appropriate for smaller outbreaks. The FDA issued EUAs for diagnostics during the 2014 Ebola crisis and in 2016 for the mosquito-borne Zika virus. The coronavirus, however, is moving too fast to maintain absolute control — and the FDA could have ordered up a more flexible process, Scharfstein said.

“If you were to go back in time and tell the FDA ’you’ve got a month to get a million tests ready,’ I imagine they wouldn’t have chosen this strategy,” said Sharfstein, who oversaw EUAs while he served as deputy commissioner of the FDA during the Obama administration.

Requiring confirmatory tests not only adds time to the process but also uses crucial chemicals needed to set up the tests. “You need some of the reagents that now are in short supply to prepare the tests,” said CDC Director Robert Redfield in a hearing before the House Oversight Committee on Thursday, explaining the difficulty in expanding capacity even as private labs received green lights to start testing.

Private labs need only get confirmation for their first five positive and first five negative clinical specimens, according to the FDA’s Feb. 29 guidance. Commercial giants like LabCorp and Quest Diagnostics say they are now able to run thousands of tests a day.

“We want them to come online, because we don’t have the manufacturing capacity; our system in place is not designed for that massive amount,” Quartarone said of the private labs. “In general, CDC testing is a drop in the bucket for the overall testing that happens.”

According to the American Enterprise Institute, as of Thursday afternoon, nationwide testing capacity was at about 20,695 people a day. California public and private labs accounted for 39% of capacity, and the CDC and public health labs together accounted for about 17% of available tests.

That’s only testing capacity, however. According to Redfield, actual testing is still hampered by shortages of essential equipment and manpower.