'Terrible Idea': Critics denounce Pelosi's proposal to give wealthy a tax cut in next stimulus package 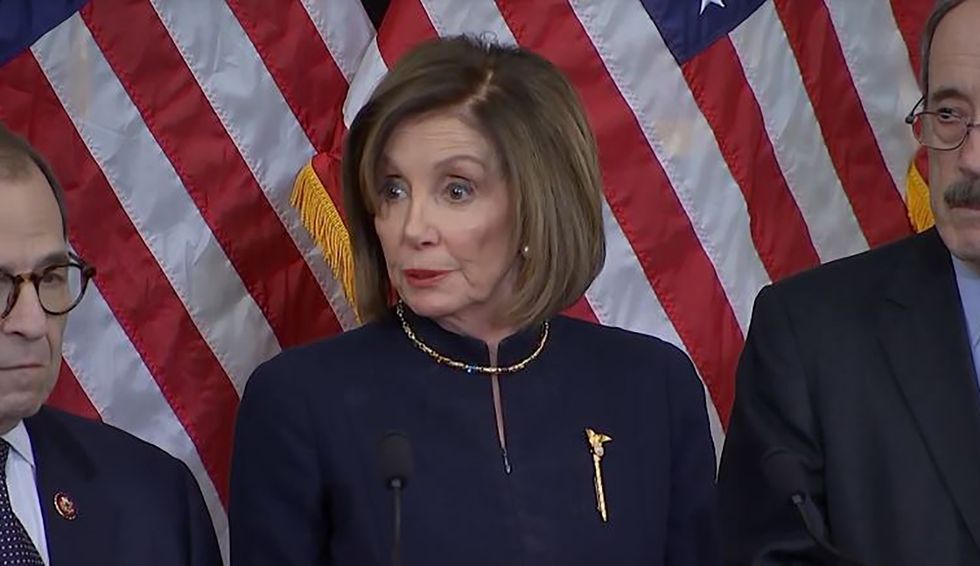 House Speaker Nancy Pelosi is reportedly set to propose rolling back a cap on tax deductions, which would benefit high-earning Americans, as part of the next step of an economic stimulus package that has already poured trillions into the U.S. economy—much of it going to the richest individuals and corporations in the country.

"This is almost unbelievable," HuffPost senior reporter Emily Peck tweeted in response to the news. "Of all the things to do to help people; she wants to... give upper middle class people a tax break."

The California Democrat's plan to retroactively undo the state and local tax (SALT) deduction limits would be a major tax break for households earning over $100,000, according to critics like University of Michigan professor Justin Wolfers.

"Retroactive tax deductions are always a bad idea—a giveaway that gets you nothing—and this one goes almost entirely to household on at least $100,000 a year," said Wolfers of the plan.

As the New York Times reported, there is skepticism over the Pelosi proposal:

The congressional Joint Committee on Taxation estimated last year that a full repeal of the SALT limit for 2019 alone would reduce federal revenues by about $77 billion. Americans earning $1 million a year or more would collectively reap $40 billion of those benefits. Most of the rest would go to households earning $200,000 or more.

Many liberal economic policy analysts also oppose lifting the SALT cap, calling it regressive tax policy. Seth Hanlon, a senior fellow at the liberal Center for American Progress, said the same logic was also a reason not to lift the limit in the next economic rescue bill. That is particularly true because consumption data show that low- and middle-income Americans are more likely than higher earners to spend benefits from the government immediately and stimulate economic activity.

Pelosi's spokesman Henry Connelly claimed in a statement for the Times that the speaker's plan would be means-tested and "tailored to focus on middle-class earners and include limitations on the higher end."

Nonetheless, rolling back the deductions would benefit millionaires and billionaires more than those making hundreds of thousands of dollars a year, as activist James Medlock showed on Twitter.

"The last people who need help right now are the well-off taxpayers who would be affected by this change," said Pearl. "Congress should instead be prioritizing low-income and middle-class workers most directly hurt by the economic effects of the coronavirus."

Pearl, former managing director of investment firm Blackrock, added that people in his economic bracket were most likely to weather the storm of the pandemic without much economic pain.

"If Democrats want to be the party of working people, prioritizing tax cuts for wealthy taxpayers, even in blue states, is not the right thing to do," said Pearl. "We already have too many politicians in Washington whose answer to every problem is to cut taxes for the rich."