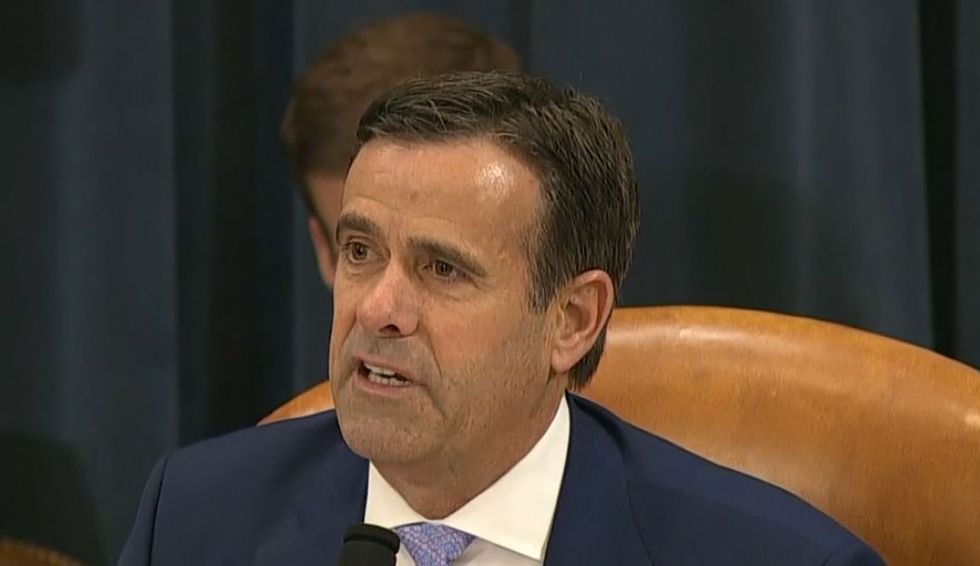 By Stacy Fernández and Patrick Svitek, The Texas Tribune

"Donald Trump to nominate U.S. Rep. John Ratcliffe to become director of national intelligence" was first published by The Texas Tribune, a nonprofit, nonpartisan media organization that informs Texans — and engages with them — about public policy, politics, government and statewide issues.

"Would have completed process earlier, but John wanted to wait until after IG Report was finished. John is an outstanding man of great talent!" Trump said in the tweet.

The Washington Post reported the tweet was an apparent reference to an inspector general’s report about the investigation into the president's campaign and Russian interference in the 2016 presidential election.

Ratcliffe could not be reached immediately for comment Friday.

The announcement comes months after Ratcliffe withdrew from consideration for the job amid claims that he'd exaggerated parts of his biography, like his role as the leader of an immigration crackdown while he was a federal prosecutor in the Eastern District of Texas. Ratcliffe defended his record last year but said he didn't want the national security and intelligence debate surrounding his confirmation, "however untrue," to become a political issue.

Ratcliffe has been a fierce defender of the president during congressional hearings. He gained notoriety for berating former special counsel Robert Mueller during his appearance before the Judiciary Committee. Ratcliffe also defended Trump during impeachment hearings of the president.

Republican Lt. Gov. Dan Patrick tweeted his congratulations to the congressman. Fellow Republican U.S. Rep. Chip Roy of Austin called Ratcliffe "a good man" and said in a tweet that he supported the nomination.

The Texas Democratic Party's executive director, though, said Ratcliffe's nomination was an insult to the intelligence community and that his "entire claim to fame" was his interchange with Mueller.

"Deeply unqualified and highly partisan, he fits right in with the Trump Administration but the results will be terrible and dangerous for the rest of the country," state party executive director Manny Garcia said.

If Ratcliffe is confirmed to the post, it could create a vacancy in Texas' 4th Congressional District. The district, which covers the northeast corner of the state, is safely Republican.

This article originally appeared in The Texas Tribune at https://www.texastribune.org/2020/02/28/us-rep-john-ratcliffe-gets-director-national-intelligence-nomination/.