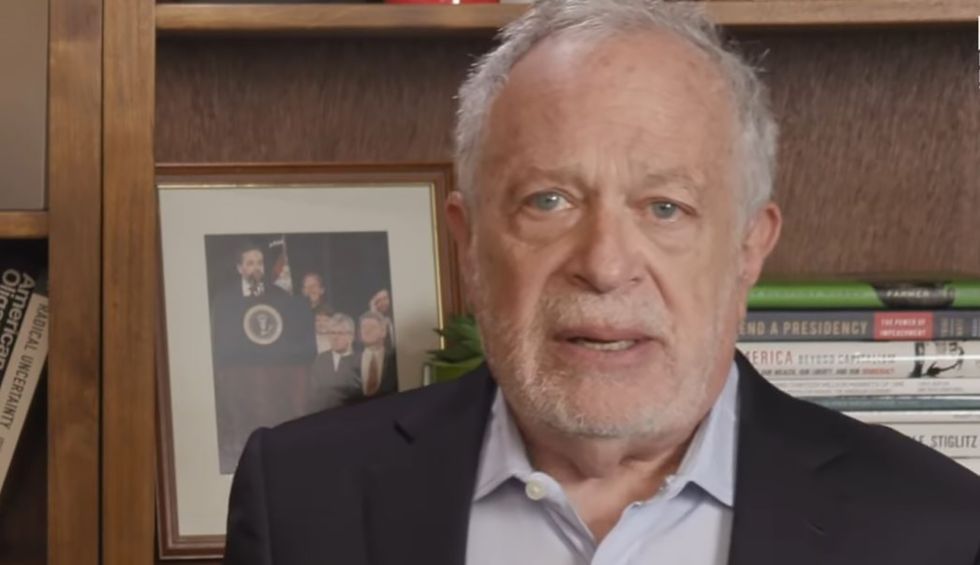 CEOs of the major Wall Street banks have been summoned to the White House to discuss the coronavirus its economic fallout. I'm told Trump administration is considering more corporate tax cuts, tax cuts targeted to the airlines and hospitality industries, and a temporary payroll tax cut.

The bank CEOs will approve of all these.

But they would be useless. They'd be too slow to stimulate the economy, and wouldn't reach households and consumers who should be the real targets. And they'd reward the rich, who don't spend much of their additional dollars, without getting money into the hands of the poor and middle-class, who do.

In short, our imminent coronavirus and economic crises won't respond to trickle-down economics.

Instead, Congress must immediately enact an emergency $400 billion.

The money should be used for

2. Paid sick leave and family leave this year, renewable for next year if necessary.

4. Immediate one-time payments of $1000 to every adult and $500 per child, renewable for next year if necessary.

I don't think this is an over-reaction to what's imminent. It will help us prevent a health and economic calamity.Robert B. Reich is Chancellor's Professor of Public Policy at the University of California at Berkeley and Senior Fellow at the Blum Center for Developing Economies. He served as Secretary of Labor in the Clinton administration, for which Time Magazine named him one of the ten most effective cabinet secretaries of the twentieth century. He has written 15 books, including the best sellers "Aftershock", "The Work of Nations," and"Beyond Outrage," and, his most recent, "The Common Good." He is also a founding editor of the American Prospect magazine, chairman of Common Cause, a member of the American Academy of Arts and Sciences, and co-creator of the award-winning documentary, "Inequality For All." He's also co-creator of the Netflix original documentary "Saving Capitalism."
From Your Site Articles
Report typos and corrections to: feedback@alternet.org.