Republicans gave Trump a green light to cheat — and there’s only one way to beat his corruption: House impeachment manager 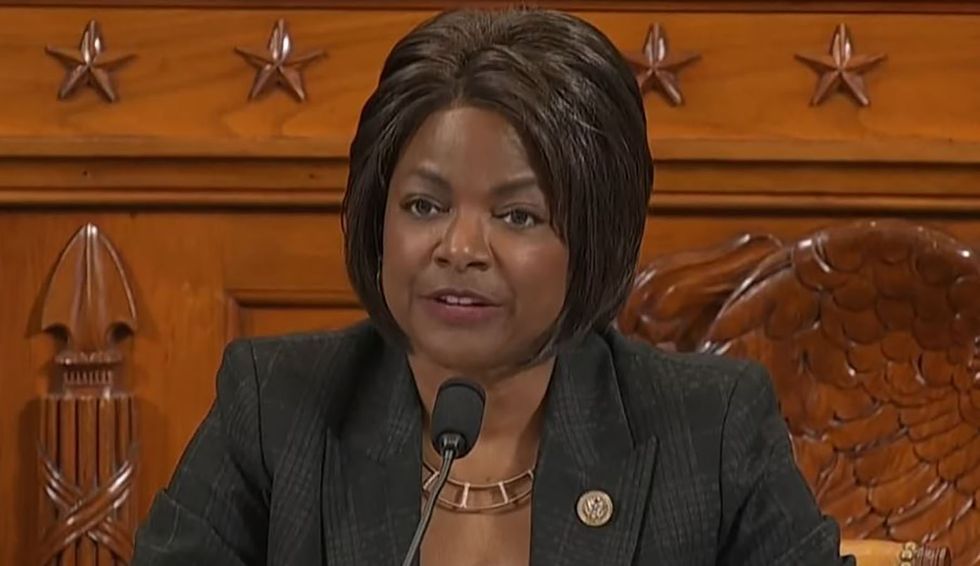 One of the House impeachment managers reflected on President Donald Trump’s acquittal — and vowed to defeat him in November.

In an op-ed for the Orlando Sentinel, Rep. Val Demmings (D-FL) blasted Republican senators for blocking testimony from John Bolton and others with first-hand knowledge of Trump’s scheme against Ukraine, and she shamed them for acquitting the president despite their private concerns about his actions.

“This is a defining moment in our history, and a challenging time for our nation,” Demmings wrote. “A thousand things have gone through my mind since the Senate voted not to call witnesses. The president’s lawyers have asked America to not believe your lying eyes and ears, to reinterpret the Constitution, and to believe the stunning argument that the president can literally cheat in an election if he ‘believes’ that his reelection would be ‘good for the country.'”

She noted that Trump’s lawyers never spoke of the president’s character, and Demmings said he had already proven Republican senators fools for believing he was capable of change.

“The vain hopes of GOP senators who expressed that he would ‘learn his lesson’ appear to have been dashed,” Demmings wrote. “The president has abused his pardon power to free political allies convicted of corruption, tried to corrupt law enforcement to attack his political rivals, and initiated a purge of national security officials who had the audacity to inform Congress that Russia was once again working to help him win in the 2020 election.”

“He is continuing the exact behavior that resulted in his impeachment,” she added, “but now with the overt acceptance of House and Senate Republicans.”

House Democrats will continue multiple investigations of Trump’s corruption and will grill Attorney General William Barr for his actions to shield the president, but Demmings called on voters to hold them all accountable.

“The President needs to know the American people will not simply stand by while he abuses the power of his office, obstructs justice, and cheats to win,” Demmings wrote. “Speak out — and not just on social media. Don’t agonize, organize. Join a group. Make your voice so loud that the whole world will hear it. Know your power.”

“And most importantly — vote,” she added. “Vote in numbers so large that no corruption can resist it.”