'Putin is laughing': Why Trump’s unwavering support of Saudi crown prince is hurting the US 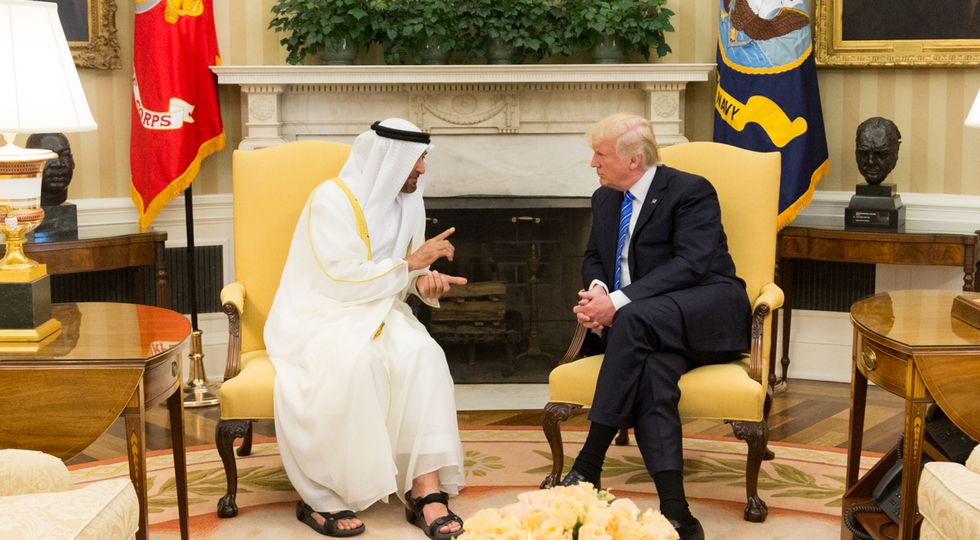 President Donald Trump has remained an unwavering supporter of Saudi Crown Prince Mohammed bin Salman, maintaining that there is no evidence showing that MBS was directly involved in the October 2018 murder of journalist and Washington Post columnist Jamal Khashoggi inside the Saudi Consulate in Istanbul, Turkey. The Washington Post’s Jackson Diehl, in a March 15 op-ed, asserts that Trump’s support of MBS could cost him politically — not so much because of Khashoggi, but because of the Saudi response to the financial turmoil caused by the coronavirus pandemic.

“Trump’s slow and stumbling response to the novel coronavirus pandemic helped accelerate last week’s stock market dive and mounting public uncertainty,” Diehl explains. “But the trouble in the markets was also turbocharged by the latest reckless moves by the Saudi crown prince. Against the advice of his own ministers, Mohammed bin Salman, known as MBS, moved to flood markets with cheap Saudi oil, causing the global price to plunge and endangering the U.S. oil industry.”

During the coronavirus crisis, Diehl asserts, MBS’ attitude has been “to thumb his nose at the U.S. president”: on March 11, Diehl explains, the Saudi crown prince’s “oil minister announced another big increase in petroleum production. U.S. stocks swooned again.”

Diehl notes that throughout his presidency, Trump has “stubbornly defended the Saudi ruler through multiple misadventures, from the disastrous war in Yemen and failed boycott of neighboring Qatar to the murder of U.S.-based journalist Jamal Khashoggi.”

“The big Saudi purchases of U.S. weapons that MBS promised Trump have not materialized,” Diehl observes. “Instead, the president’s reward is to be stiffed by his supposed ally at his moment of greatest need, with U.S. markets whipsawing.”

Trump, according to Diehl, has been “curiously passive as MBS has repeatedly worked against U.S. interests.” And one of the beneficiaries of MBS’ actions, Diehl warns, is Russian President Vladimir Putin.

“Consider Trump, with his reelection prospects in danger of crumbling along with the U.S. economy, asking the crown prince to act in his own, as well as the U.S. interest, and stop pushing down oil prices amid a market panic — and then remaining silent as a dictator he has coddled for three years does the opposite,” Diehl asserts. “Surely, Vladi­mir Putin is laughing.”