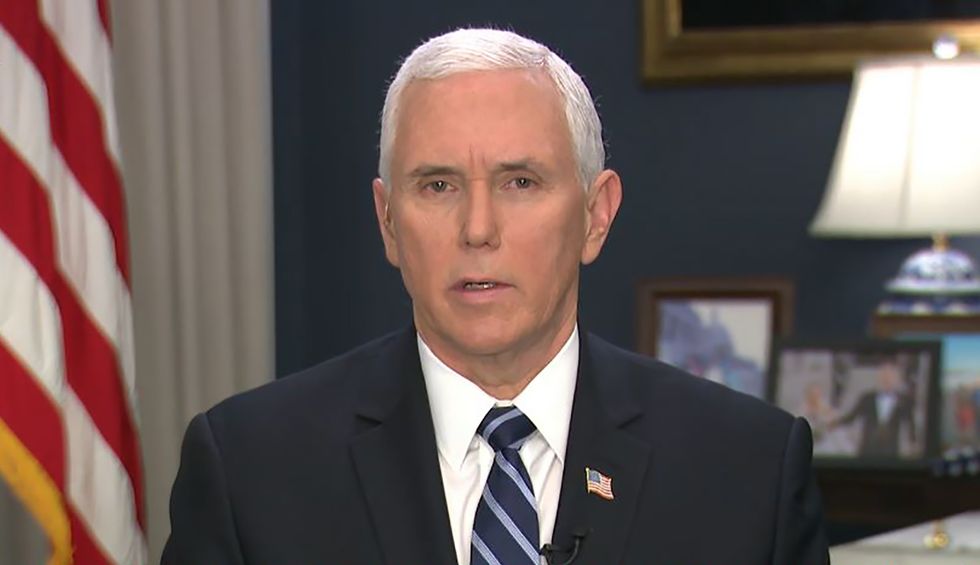 Vice President Mike Pence made the rounds Thursday morning to clean up inaccuracies and other failures in President Donald Trump’s speech on the coronavirus crisis.

The president announced a travel ban involving some European countries, but Pence was unable to articulate the details of that policy and downplayed the risk from the viral pandemic in multiple interviews across a variety of TV networks.

They sent the @VP to clean up after the train wreck of an Oval Office address this morning but he seemed flummoxed… https://t.co/qbkeA7U7hj
— David Axelrod (@David Axelrod)1584013808.0

Pence is LYING right now on CNN about coronavirus testing!! He just said anyone who wanted a test could get one wit… https://t.co/GqOEVMqmAA
— jacque reid (@jacque reid)1584013483.0

Hey @MikeBloomberg, are you working on a video that splices together Trump/Pence/admin/rightwing news lies with act… https://t.co/Ke5CODR1dn
— Greg Olear (@Greg Olear)1584009008.0

What a freaking waste of time this Pence interview is. I give Savannah Guthrie credit for trying to get answers, bu… https://t.co/8c0tOCV7ew
— Susan Whitehill (@Susan Whitehill)1584011506.0

Pence said Thursday that there has been "irresponsible rhetoric" from people who have downplayed the seriousness of… https://t.co/PDt58v2PQJ
— Tamela Ehlinger 🌐 (@Tamela Ehlinger 🌐)1584018099.0

Vice President Mike Pence said this morning on CNN that there wasn't any confusion about the President's annoucemen… https://t.co/ailIiBtnXQ
— Rachel Martin (@Rachel Martin)1584020195.0