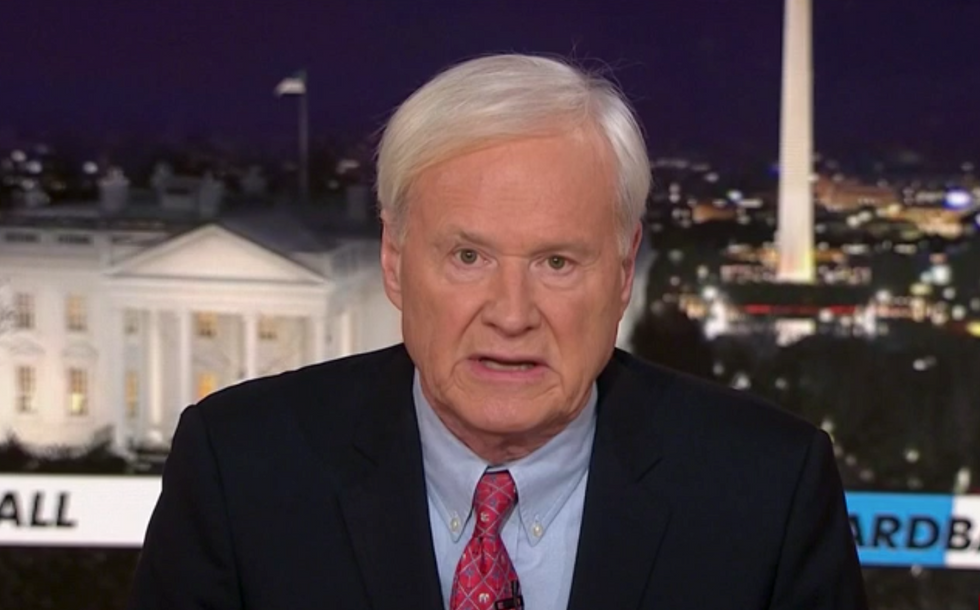 MSNBC Host Chris Matthews, who recently celebrated the 20th anniversary of his show "Hardball," announced at the beginning of his broadcast Monday night that he is retiring. He obliquely referenced a conversation he had with the network about the decision and to inappropriate comments he's made to women in the workplace, but he did not go into detail on these matters.

His Monday night show will be the last of the program. Matthews left after his opening segment announcing his retirement, and he didn't return.

Matthews has come under increasing criticism in recent days and weeks, and he has a past littered with inflammatory remarks. Most recently, he came under fire for comparing Sen. Bernie Sanders' win in Nevada to the Nazi invasion of France, and he was criticized for holding a condescending interview with Sen. Elizabeth Warren.

"Let me start with my headline tonight: I’m retiring," he said at the top of the show. "This is the last ‘Hardball’ on MSNBC.”

He said he has "loved every minute" of his show, and he still loved his job.

"But after a conversation with MSNBC, I've decided tonight will be my last 'Hardball,'" he said. "So let me tell you why. The younger generations are out there, ready to take the reins. We see them in politics, in the media, in fighting for their causes. They're improving the workplace. We're talking here about better standards than we grew up with, fairer standards."

He continued: "A lot of it has to do with how we talk to each other. Compliments on a woman's appearance, that some men — including me — might have once incorrectly thought were OK, were never OK. Not then, and certainly not today. And for making such comments in the past, I'm sorry."

After his opening remarks, MSNBC's Steve Kornacki, showing clear emotion and expressing admiration for the host, took over hosting for Matthews on the show.

Laura Basset, a columnist for GQ, recently published a piece calling out Matthews' inappropriate comments to her:

In 2016, right before I had to go on his show and talk about sexual-assault allegations against Donald Trump, Matthews looked over at me in the makeup chair next to him and said, “Why haven’t I fallen in love with you yet?”

When I laughed nervously and said nothing, he followed up to the makeup artist. “Keep putting makeup on her, I’ll fall in love with her.”

Another time, he stood between me and the mirror and complimented the red dress I was wearing for the segment. “You going out tonight?” he asked.

I said I didn’t know, and he said—again to the makeup artist—“Make sure you wipe this off her face after the show. We don’t make her up so some guy at a bar can look at her like this.”

The person with knowledge of the situation said Matthews has been in conversation with MSNBC executives about his retirement date for a period of months.
But the talks "accelerated," this person said, after the recent controversies.