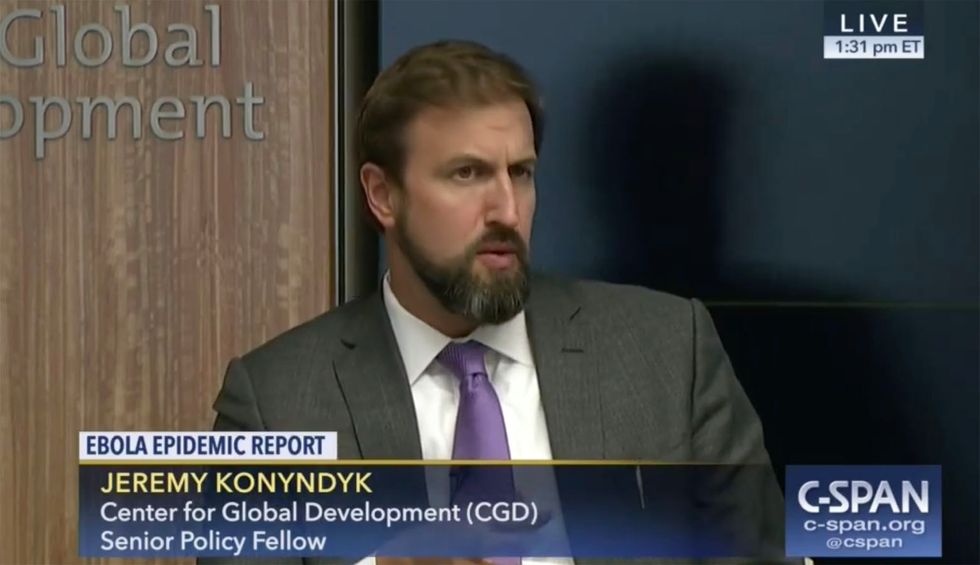 The United States has seen its first two deaths from coronavirus, both of them in Washington State — where, according to an analysis of virus samples, it had been spreading undetected for weeks. Jeremy Konyndyk, who served as director of the United States Agency for International Development (USAID) under President Barack Obama, analyzes these troubling developments in a lengthy thread for Twitter. And Konyndyk is highly critical of the Trump Administration’s response to the coronavirus threat in the United States.

Konyndyk begins his thread by noting that coronavirus transmission likely went  “undetected” for “weeks, at least” in “parts of the upper West Coast.” The former USAID director asks, “How did we end up with major surveillance failure on par with Italy and Iran?” — then goes on to explain how.

This development, Konyndyk writes, “may get spun as a technical failure: e.g., flaws in the test kits.” But he quickly adds, “It’s not. It’s an interconnected communications, strategy, process, and execution failure, reflecting a serious breakdown of crisis (management).”

Trump, Konyndyk recalls, “wanted to calm markets, avoid threats to his re-elex, and keep the disease out of the country. He and his team made those preferences very clear. And got angry at those who deviated.”

Konyndyk continues, “That inevitably colored, both overtly and subtly, the strategic emphasis of the crisis task force. They operated from presumptions that containment was possible, the risk to the U.S. was low, and transmission was not happening here yet. Repeated those things like a mantra.”

Such “assumptions,” according to Konyndyk, “set the frame for the testing failures.”

Trump wanted to calm markets, avoid threats to his re-elex, and keep the disease out of the country. He and his t… https://t.co/8VyKMDGpDV
— Jeremy Konyndyk (@Jeremy Konyndyk) 1583086446.0

And those assumptions set the frame for the testing failures. The key question is not "why didn't CDC's test kits… https://t.co/57EjBsVUjA
— Jeremy Konyndyk (@Jeremy Konyndyk) 1583086447.0

“The key question is not: why didn’t CDC’s test kits work?,” Konyndyk writes, referring to the Centers for Disease Control’s tests. “It’s: why were flawed CDC test kits allowed to bottleneck all U.S. testing capacity when alternatives were available?”

Konyndyk links to a Science Magazine article that decries “the United States’ badly bunged coronavirus testing.” And he notes, “China has managed to test hundreds of thousands. @WHO has sent working test kits to 50+ countries. South Korea is doing drive-through testing clinics, for goodness’ sake.”

The former USAID, however, doesn’t believe that there was any “cover-up” or “lies” with the Trump Administration’s coronavirus response. But he does view the response as “an honest but avoidable mistake, driven by groupthink, unexamined assumptions and process failure.”

“The core emphasis of policy was on keeping it out: travel controls, screening, traveler quarantine,” Konyndyk observes. “And finite testing capacity was targeted at that. Those assumptions and signals reflected POTUS’ clear preference, and the process’ failure to question it. And sadly, as a result of those assumptions, they squandered the weeks of delayed spread that the travel controls may have bought us.”

That kind of check-your-math mentality doesn't seem to be present in the current management of the US response. S… https://t.co/CC2wVdhA2v
— Jeremy Konyndyk (@Jeremy Konyndyk) 1583099315.0