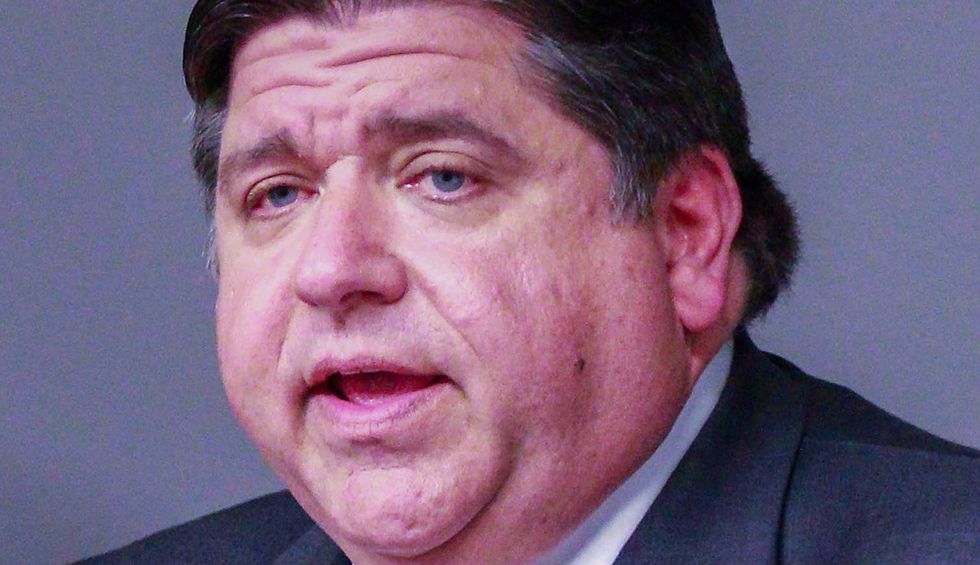 Pritzker, a Democrat, said the state purchased 5 million N95 masks, which are heavy-duty respirators relied on by health workers, and more than 5 million surgical masks, which provide less protection. The order came after the White House failed to provide the state with the N95 masks they requested weeks earlier.

"I can say with certainty that what they sent were not the N95 masks that were promised but were surgical masks, which were not what we asked for," Pritzker said during a news briefing. "In our first request to the federal government, we asked for 1.2 million N95 masks. That was weeks and weeks ago . . . We received a fraction of what we asked for."

Even after buying more than 10 million masks, the state still needed extensive support from the Trump administration to handle the coronavirus crisis, Pritzker said.

"I can't emphasize enough how much we need the federal government to step up and amplify the size of their PPE (personal protective equipment) deliveries to Illinois, and frankly, across the nation," he said.

Trump, meanwhile, stoked a new conspiracy theory accusing health workers of misusing or stealing masks provided by the government in an attempt to dismiss equipment shortages. There is no evidence that this is true.

Pritzker last week joined Cuomo and a growing number of governors to call for Trump to invoke the Defense Production Act, which requires companies to manufacture critical equipment, to "put order into the market for ventilators and PPE" and "allow states on the front lines to access the equipment we need."

Trump initially resisted using the law, but invoked it last week to require General Motors to produce ventilators after a deal with the company fell through.

"He needed to do this weeks ago or even yesterday, but it will still make a massive difference in our national healthcare system if he moves quickly," Pritzker said after the move. "One way or another, we need these supplies ― and I have a whole team of people whose singular focus right now is working the phones across the world to get as much PPE, as many ventilators, and as many tests as possible shipped to Illinois."

Pritzker has repeatedly clashed with the president over the federal response. He announced Sunday that Illinois would take charge of coronavirus testing after a "profound failing of the federal government" to provide the state with the number of tests it needed weeks after the outbreak began.

"The White House has promised millions of tests for weeks now, and they're just not here," he said. "I'm not going to wait on promises from the federal government that may never be fulfilled. We need this testing capacity now, so we're building it ourselves in Illinois."

Trump said he was unaware of any testing shortages on a recording of a Monday phone call with governors obtained by The New York Times.

Montana Gov. Steve Bullock, a Democrat, warned Trump on the call that "we don't have adequate tests."

"Literally we are one day away, if we don't get test kits from the CDC, that we wouldn't be able to do testing in Montana," he said.

But the president insisted that there was no problem with testing, because he hadn't "heard" about it.

Washington Gov. Jay Inslee, a fellow Democrat, told The Times he was shocked to hear that Trump was unaware given his state's "dire" shortage of test kits.

"It would be shocking to me that if anyone who has had access to any newspaper, radio, social networks or any other communication would not be knowledgeable about the need for test kits," he said. "I can be assured that the White House knows very well about this desperate need for test kits."

Hogan added that Trump was ignoring the data on the ground.

"Every single state in American has a shortage," he said. "There's simply not enough of them."

Other governors outside of Illinois have also run into problems with the equipment sent by the government.

California Gov. Gavin Newsom said over the weekend that Los Angeles had received 170 broken ventilators that had to be sent for repairs. He said 1,000 of the more than 4,000 ventilators received by the state need to be refurbished.

Newsom added that California had to figure out its own solutions like other states.