'I don't take responsibility at all': Trump is still trying to blame Obama for his blunders 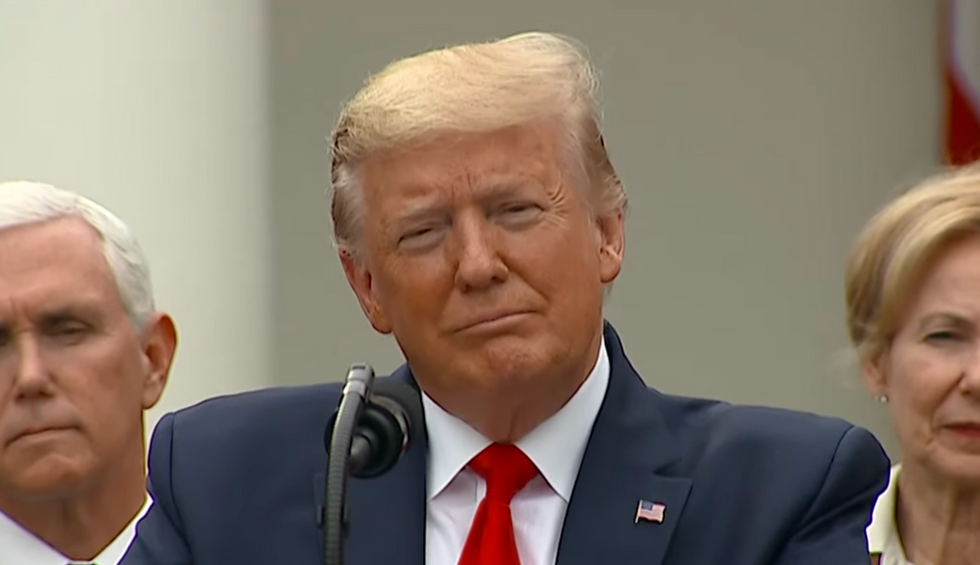 Donald Trump wants to point the finger at anyone but himself for his epic failures in coordinating a national response to the coronavirus. In his primetime address to the nation Wednesday, Trump branded it a "foreign virus," claiming "the EU failed" as he announced new travel restrictions between Europe and the U.S. Those restrictions built on Trump's order in late January barring all non-U.S. citizens who had visited China from entering the country. Secretary of State Mike Pompeo has also repeatedly called the virus "the Wuhan coronavirus," after the Chinese city where the virus first emerged.

But it's not just the fault of foreigners, according to Trump. Three years into his tenure as president, Trump's trying to sell Americans on the laughable notion that it's Barack Obama's handiwork that really set Trump's administration up for failure. Engaging in a bit of revisionist history, Trump skewered Obama's management of the Centers for Disease Control (CDC), called his handling of the H1N1 flu "a full scale disaster" in terms of testing and fatalities, and declared "All Red Tape has been cut, ready to go!"

Let's be clear: Trump and his inept administration will be studied by generations of public health professionals to come, to learn precisely what not to do in the instance of a global pandemic.

Travel bans are useless when the virus has already migrated into your population. Also, the system is not "ready to go!" In fact, extreme holdups persist as hospitals and doctors beg for more tests and infectious disease experts are crystal clear that systemic failures continue.

"The system is not really geared to what we need right now," Dr. Anthony Fauci, director of the National Institute of Allergy and Infectious Diseases, said on Thursday. “That is a failing. Let's admit it."

But nope: no admissions on Trump’s watch. On Friday, Trump held a CYA press conference in the White House Rose Garden to declare a national emergency and blather on about how great his response has been. Asked whether he bore any responsibility for his administration's bumbling response, Trump rejected the notion immediately.

"No, I don't take responsibility at all," he said.

Here are the facts: Trump has reportedly not stressed aggressive testing because he didn't want the number of cases to increase (yes, this is insane); his administration rejected a World Health Organization test adopted by nearly 60 other countries at the end of February (no word on exactly who made that decision or why); and on his watch, former national security adviser John Bolton disbanded the global health security team on the National Security Council and eliminated the post tasked with leading that group after Rear Adm. Timothy Ziemer's sudden exit from the position in May 2018. Former Homeland Security Secretary Tom Bossert, who had been pressing for a "comprehensive biodefense strategy against pandemics and biological attacks," had also been forced out in April 2018.

Donald Trump and his executive team are actually uniquely responsible for this botched response. Senate Republicans can share in the glory of his failures, since they voted last month to keep this menacing incompetent atop the U.S. government.

Asked at Friday’s presser about disbanding the global pandemic team from the White House National Security Council, Trump called it a "nasty question,” claiming, "I don't know anything about it."

"We're doing a great job," he added immediately, clearly a legend in his own mind.

Let's see if the voters agree in November.