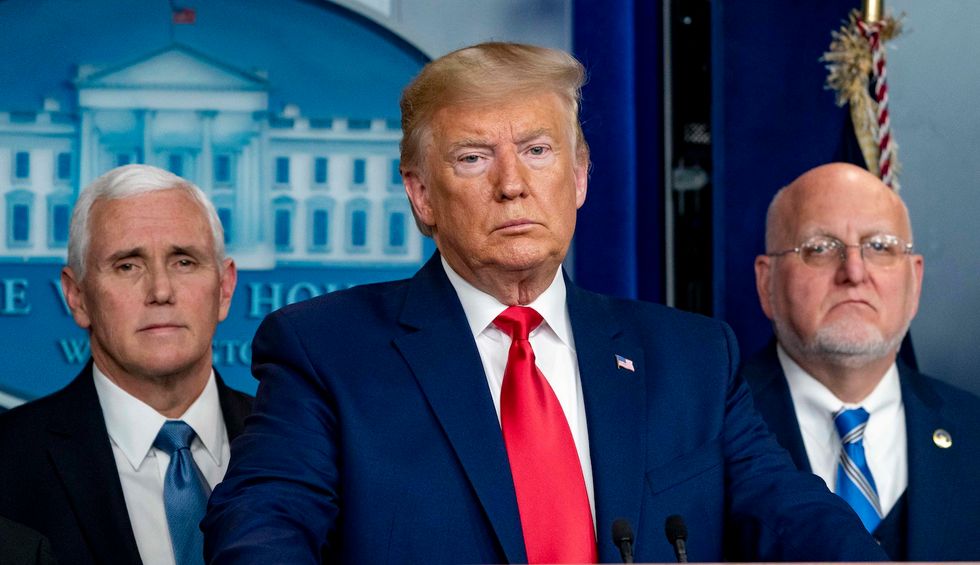 Though it's hardly ever talked about anymore, one of the most disastrous and revealing moments of Donald Trump's presidency came when Hurricane Maria ravaged Puerto Rico, leading to the deaths of thousands on the island. As Politico expertly documented, the Trump administration clearly favored Texas over Puerto Rico as it responded to the significantly less severe and deadly Hurricane Harvey only weeks before. The differential treatment was indicative of Trump's racism and his crass political calculus — Texas is a red state, whereas Puerto Rico can't vote in presidential elections at all — and his repeated refusal to accept the reality of the destruction and death on the American territory revealed his preference for convenient falsehoods over uncomfortable truths.

It's in light of these events that we should seek to understand the Trump administration's handling of the coronavirus outbreak. Since the outbreak a worldwide crisis anticipated to broadly impact the United States, there's not much reason to believe Trump's racism or regional preferences are influencing the government's response. But the woefully insufficient management of the crisis is revealing the administration's general ineptitude and the president's personal prioritization appearance over reality that was central to both threats.

The depressing irony is that as Trump has tried to treat the outbreak as a public relations and electoral problem rather than a genuine crisis, he has made himself look much worse and much weaker than if he had simply focused on doing what the situation required.

Greg Sargent of the Washington Post noted that the president's eldest son made comments last weekend that were particularly revealing about his own attitude:

Perhaps worst of all, Donald Trump Jr. is claiming that Democrats want “millions” to die of coronavirus to end Trump’s “streak of winning.” In so doing, Trump the Younger usefully unmasked his reprehensible instinct to see the prospect of mass U.S. deaths mainly through the prism of how this would impact the president politically.

And yet, on CNN’s “State of the Union,” Vice President Pence actually defended this sentiment as “understandable.” Why? Because it was a response to … criticism of Trump, which is apparently so intolerable that it justifies even this.

This cultish prioritization of protecting Trump above all else, of course, flows from the tone that Trump himself has set. But the case that Democrats can now make is that this very megalomania is itself corroding the government’s ability to handle this crisis.

And Vox's Aaron Rupar pointed out:

And on ABC, [Health and Human Services Secretary Alex] Azar defended President Trump’s comments about concerns about his administration’s handling of the outbreak being a “new hoax,” saying, “he’s talking about the partisan sniping that we’re seeing, and that’s just — it’s unnecessary.”

It should have been easy for Pence and Azar to distance themselves from those remarks. It is simply not the case that Democrats want people to die, and with five American deaths already reported, it’s clear that nothing about the coronavirus is a “hoax.” But the fact that Pence and Azar instead defended the remarks shows the degree of loyalty Trump expects from those working for him.

In that regard, Pence’s and Azar’s performances Sunday demonstrated why Trump refused to appoint someone from outside the administration to oversee the coronavirus response effort. He ultimately selected Pence, a choice that, according to a Washington Post report Saturday, was made as Trump was “wondering whether such a person would be loyal to him.” Hours later, Pence and Azar proved that they are.

Meanwhile, Trump himself has refused to take any responsibility for the crisis, insisting that things are fine while denying reality. He's overseen a series of mistakes and a massive dive in the stock market, which he absurdly blamed on the Democratic debate. And he predicted that the number of infections in the United States would soon decline and get close to zero, even though the administration's own lag in distributing effective tests guaranteed that a spike in reported cases was bound to be coming.