'He's completely lost it': Trump slammed for ranting about the Obama administration as coronavirus tanks the economy 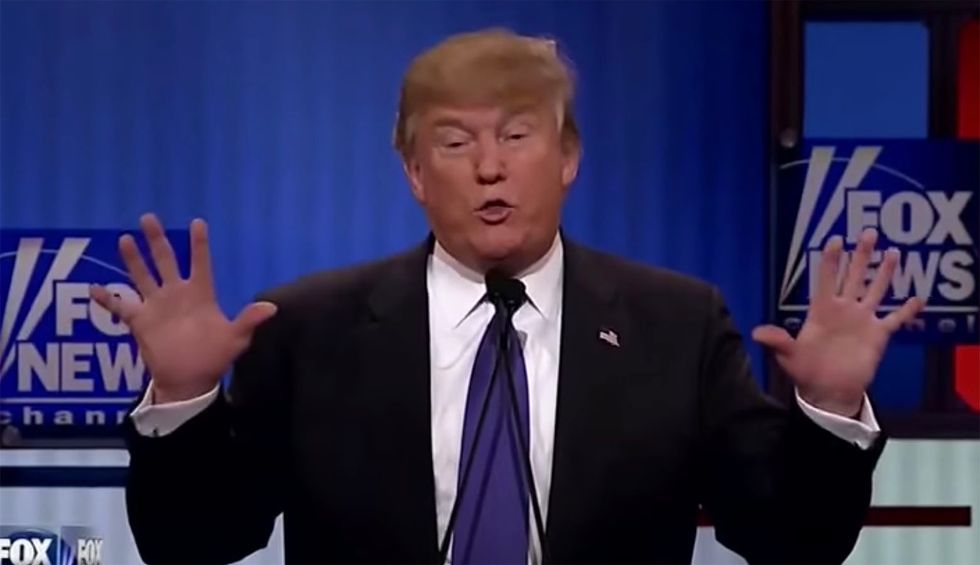 The coronavirus epidemic has gone from bad to worse, with more than 3800 deaths being reported worldwide and the stock market taking a pounding as 16 million people find themselves under mandatory quarantine in Italy. Despite the frightening reports, President Donald Trump found plenty of time to attack his political enemies on Twitter on Monday morning — and critics have been lambasting him for it.

Trump tweeted, “The Obama/Biden Administration is the most corrupt Administration in the history of our Country!” — using the present tense even though President Barack Obama left office in January 2017. And in a separate tweet, Trump posted, “'Trump has outmastered the Deep State. He’s light years ahead of us.’ MSDNC. I disagree. We have a long way to go. There are still some very bad, sick people in our government - people who do not love our Country (In fact, they hate our Country!).”

Trump referenced Sen. Bernie Sanders in a tweet about the 2020 Democratic presidential primary. The president wrote, “Now the Democrats are trying to smear Bernie with Russia, Russia, Russia. They are driving him Crazy!”

Following Trump’s Twitter rampage, anti-Trump posts have been numerous on that social media platform. @Qqsl00king wrote, “So you spent the weekend GOLFING while Coronavirus spreads and Americans are dying,” while @TavernWench lamented, “He’s completely lost it. At exactly the time we need a leader.” And Twitter user Kathy Radigan, @KathyRadigan, told the president, “You are not well.”

@LinusCaldwell1 wrote, “Jesus your (sic) a SICK MAN!!!” But @Mysteri759 saw it differently, posting, “Let's NOT OFFER him that defense! He’s more evil than anything, not sick, just evil.”

@DonaldsDaddy45 tweeted, “Seriously, the Dow is set to open down 1200, the Coronavirus has doubled in count even with your weak and stingy testing criteria. Oil is falling based on a price war started by Putin to destabilize the US Shale Oul Producers. And you’ve been on a twitter rampage to distract?”

Twitter user Andy Ostroy posted, “You fail to lead, and Americans’ lives are in grave danger, because you’re trapped in your own sociopathic malignant-narcissist bubble.” And @ChidiNwatu asserted, “Someone please check on this mad man. He’s getting worse in real-time.”

In another tweet, Trump claimed that the mainstream media are making coronavirus out to be more of a threat to the U.S. than it actually is. Trump wrote, “The Fake News Media and their partner, the Democrat Party, is doing everything within its semi-considerable power (it used to be greater!) to inflame the CoronaVirus situation, far beyond what the facts would warrant. Surgeon General, ‘The risk is low to the average American.’”

In response, Twitter user Tony Posnanski wrote, “This is an absolutely stupid fucking tweet. People should take precautions. The Coronavirus is deadly and has infected your supporters as well. This isn’t about politics. This just shows you don’t give a fuck about the American people.” And another Twitter user, David Weissman, @DavidMWeissman, wrote, “People are dying and all you care about is the media, get over yourself for once in your life.”

@realDonaldTrump Seriously, the Dow is set to open down 1200, the Coronavirus has doubled in count even with your w… https://t.co/xrcwvZYOVx
— Donald’s Daddy (@Donald’s Daddy)1583754469.0