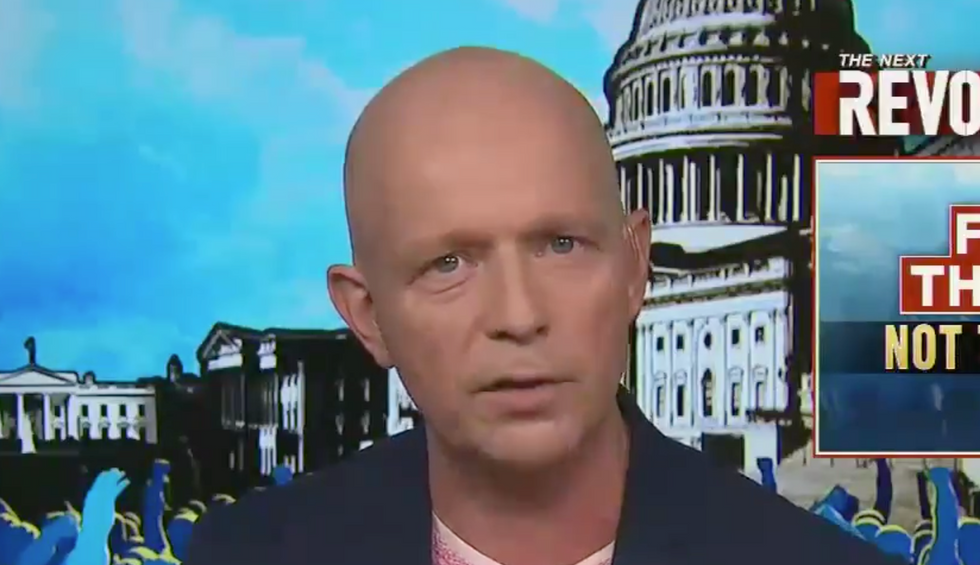 While the idea of social distancing as the best way to fight coronavirus pandemic has slowly been catching on, President Donald Trump appears to be on course to undermine all that, based on a truly frightening tweet he sent late Sunday night:

The suggestion seemed to be that Trump wants to soon roll back the administration's recommendations that Americans across the country strictly limit their in-person interactions with others outside of their homes. These recommendations have been superseded in many jurisdictions by stay-at-home orders, school closures, business closures, and limitations on the size of social gatherings. But if the Trump administration decides to advocate an end to social distancing, some localities may be inclined to follow suit — even though public health experts have warned that a premature cessation of the policy would be extremely dangerous.

John Whitehouse and Matthew Gertz pointed out that, as is often the case with Trump's outrageous tweets, this outburst was apparently inspired by a disturbing segment on Fox News:

I suspect that Trump all-caps tweet is a livetweet of Fox from tonight (though obviously @MattGertz would know for… https://t.co/DOPwYteHIN
— John Whitehouse (@John Whitehouse) 1584936019.0

The basic argument that Hilton and Trump are making is ghastly. They seem to be dismissing the potential death of millions of Americans from coronavirus because of the potential economic costs of avoiding the usual course of business.

Now, as Hilton points out, a recession triggered by the coronavirus and our attempts to keep it from spreading can itself be deadly. And this is certainly true; the death toll and immense social costs of recession are always worth taking seriously. But the government can and should do a lot through fiscal policy to mitigate the costs of the recession so that Americans don't need to suffer the financial burden as much. It doesn't seem Congress is yet prepared to marshal the resources needed to adequately fight the downturn, but that's where ire should be directed — not at the social distancing measures.

And as MSNBC host Chris Hayes argued on Twitter Monday, the idea that we can save the economy by unleashing the coronavirus is probably entirely misguided in the first place.

"[If] you stopped lockdowns, and sent everyone back to work, lots and lots of people would get sick. You'd have workplaces where half the staff were out. And this would roll through all kinds of places, people who maintain the electrical grid and water treatment and sewage systems, etc... Not only that, as the hospitals filled up and horror stories emerged, you'd have tons of deaths from things other than Covid-19 that couldn't get treated. This would make [people] more scared of getting the bug and lead to further retreat," he wrote. "Which is to say, even if you care about economic activity as the only value here, it's really not clear that anything like 'business as usual' is even a possibility in the midst of a roaring pandemic, even if you let everything stay open."

He added: "In fact, you risk ending up with the worst of both worlds: mass death and sickness AND ALSO an economy that's essentially shut down."