Here are 7 rules for the Boeing bailout 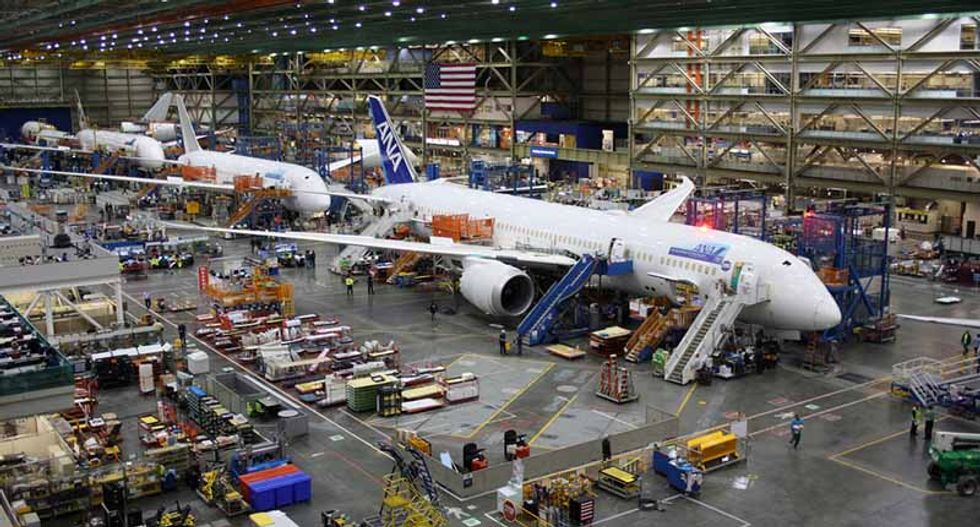 Call it the “Boeing bailout.” As the world struggles with the pandemic, Boeing should be seen as the vector for a parallel epidemic. It’s Patient Zero in an epidemic of corporate failure. As we change the way we live our lives, corporations like Boeing should change the way they are run. Corporate mismanagement made this crisis worse and, if it doesn’t change, will make the recovery more difficult.

Unfortunately, it looks like Boeing and its fellow malefactors are going to get a free ride. The corporate bailout is coming down the track, thanks to the new Senate agreement, with oversight that appears no stronger than that used in the bank bailouts after the 2008 crisis. That leaves the public exposed to ongoing corporate abuse, even as its government acts to rescue the abusers.

All signs indicate that Priority Number One is the rescue of our most badly mismanaged corporate vectors. President Trump says “we have to protect Boeing,” this country’s largest exporter and a major employer. Boeing itself has called for “a minimum of $60 billion in access to public and private liquidity, including loan guarantees, for the aerospace manufacturing industry.”

Market forces can’t save Boeing. The government itself is its largest customer. Its other customer base, the airlines, are also in trouble. That leaves the U.S. government as the rescuer of last resort.

If they want public help, they must agree to be fundamentally transformed.

Sen. Elizabeth Warren was on the right track when she laid out some conditions for rescuing troubled corporations, such as: keeping people on the payroll throughout the crisis, paying at least $15 afterward, honoring all collective bargaining agreements, a ban on dividends or executive bonuses, a permanent ban on share buybacks, and a requirement that all political spending receive shareholder and board approval.

But even this agreement’s weak provisions aren’t likely to be enforced very enthusiastically. The Obama administration did a lukewarm job, at best, enforcing TARP’s rules. What can we expect from this one?

This deal doesn’t get it right. But it’s worth considering what a well-constructed bailout program would look like—both to set the terms of the debate, and in anticipation of future bailout needs.

When it comes to their self-interest, senior executives and those who serve them are endlessly inventive. It has taken a long time to create this corporate crisis, and it will take some fundamental changes to reverse it. Every bailout should include major reforms along the following lines.

1. Public rescue must come with significant public ownership. Nobody in the business world would be expected to rescue a failing company—whether through loan guarantees, liquidity, direct subsidies, or any other actions—without significant ownership concessions in return. Why should the American people, who are being asked to take on risk that’s considered too toxic for the private sector?

For that kind of outlay, workers and the public must have seats on the board—not symbolic ones, but seats with real voting power.

In some cases, that may amount to full nationalization. As Ryan Cooper points out in The Week, Boeing’s market capitalization is plunging fast, leaving few options besides full ownership on the table. Besides, as Alexander Sammon wrote in the American Prospect last October, Boeing is already an essentially a publicly-funded company—just one that has privatized profits.

This does not mean that corporate bailouts must necessarily lead to a major socialization of the private economy. It could, and that’s a debate worth having. But companies that have been partially or fully nationalized could also be re-sold to the private sector under new operating rules like those laid out here. Better yet, the government could use this process to vastly expand the scope of worker-owned and democratically-run enterprises.

2. Bailed-out corporations must be managed in the long-term interests of customers and employees. The hyper-financialization of corporate leadership, driven by perverse incentive packages driven off short-term share price, has led to aggressive management styles that shortchange employees, customers, and the public. This system must be replaced in every bailed-out corporation with incentives and directives that demand responsible management. Otherwise, the public will only be enabling the continuation of past irresponsibility.

3. Shareholders, employees, and customers must understand that the corporation needs rescuing because the corporation’s leaders failed at their jobs. CEOs and key executives didn’t handle risk properly. A pandemic outbreak is an unusual event, but not an unpredictable one. We’ve been warned of the possibility for many years, and responsible business leaders would have planned for it. Boeing’s profits, for example, depend largely on an industry that was always at high risk during an epidemic: travel.

You and I knew that. Its multi-millionaire executives knew it, too. They just didn’t care. That means:

4. Senior executives must be replaced, and their past compensation must be reviewed for signs of malfeasance, stock manipulation, expense account padding, or any other signs of overpayment. Clawbacks of excess compensation should be considered, where appropriate.

5. There must be legal and financial consequences for socially irresponsible or criminal behavior. That includes financial accountability and, where appropriate, criminal penalties for illegal behavior. Executives at bailed-out corporations should expect thorough investigations. They may dread them. But these investigations should be welcomed by customers, employees, most shareholders, and the public at large.

These senior executives didn’t just fail. They did much worse than that. The extent of criminal malfeasance in a corporation like Boeing isn’t known, because it hasn’t been investigated. It should be. Boeing’s role in the recent MAX crashes isn’t in dispute. While we don’t know how high the culpability goes—and we should—we do know that corporate leadership failed to act decisively and that people died as a result.

To those who say it will be impossible to replace fired senior executives from the current talent pool of top management, the right answer is: good. They all got it wrong. There will be publicly-minded managers—some retired, some at a second-tier management level—to step forward and lead these companies in a time of crisis.

6. All major bailouts should come with a full management audit. In Boeing’s case, that means a thorough internal review of all corporate emails, accompanied by interviews with all relevant actors in all levels of the organization. Management should change, but the corporate culture must change, too.

Airline executives have behaved with shocking financial irresponsibility. Theirs is an industry plagued by failures, bankruptcies, and setbacks, even in the best of times. And it is a statistical and managerial reality that the best of times never last. Despite that, executives and shareholders used their cash flow to enrich themselves with a series of share buybacks, leaving no reserves for a crisis. They spent it on themselves and want to be rescued now.

And corporate handouts aren’t likely to end with a few industries. Regulators broke the rules to rescue GE Capital, and GE is once again standing on the handout line. So is the oil industry, which may get its wishes granted despite its record of knowingly destroying the planet. Health insurers, too, are winning concessions.

That reflects a broken relationship between politicians and corporations. Therefore:

7. A rescued company and its executives may never again make political contributions, directly or indirectly—ever. This ban must be permanent and inflexible. While it’s a start, Sen. Warren’s proposal doesn’t do enough to end this legalized corruption, especially given shareholder self-interest and the politics of many corporate boards. Political contributions created the absurdity of a government asking aircraft manufacturers to “self-inspect,” and hundreds died. It created the absurdity of asking major banks to self-regulate, and trillions were lost.

The message is simple. If you want to be rescued, your influence-peddling days are over.

Could this kind of bailout ever take place? CNN writes that Warren’s conditions “should probably be read more as a wish list.” If by “wish list” it means they’re aspirational, that’s undoubtedly true. A look at the Senate deal confirms that they’re not becoming law anytime soon.

But we need to remember that it is corporate CEOs, not Sen. Warren, who have their hands out now. This bailout is their “wish list.” The cynical hucksters who comprise this sad parade undoubtedly agree with CNN’s less-than-neutral characterization of Warren’s ideas as “extreme interventions into how businesses are run.” Once it’s clear how these CEOs have operated, however, it becomes clear that Warren’s ideas aren’t “extreme” enough.

What is “extreme” is the decades-long culture of mismanagement and greed embodied by these imperious executive supplicants. They have failed the public, corporate employees, customers, and their own corporations. These extremist CEOs should be fired, each and every one, and their corporations restructured for the public good.

This article was produced by Economy for All, a project of the Independent Media Institute.]