Here are 3 books to give you courage during pandemic anxiety 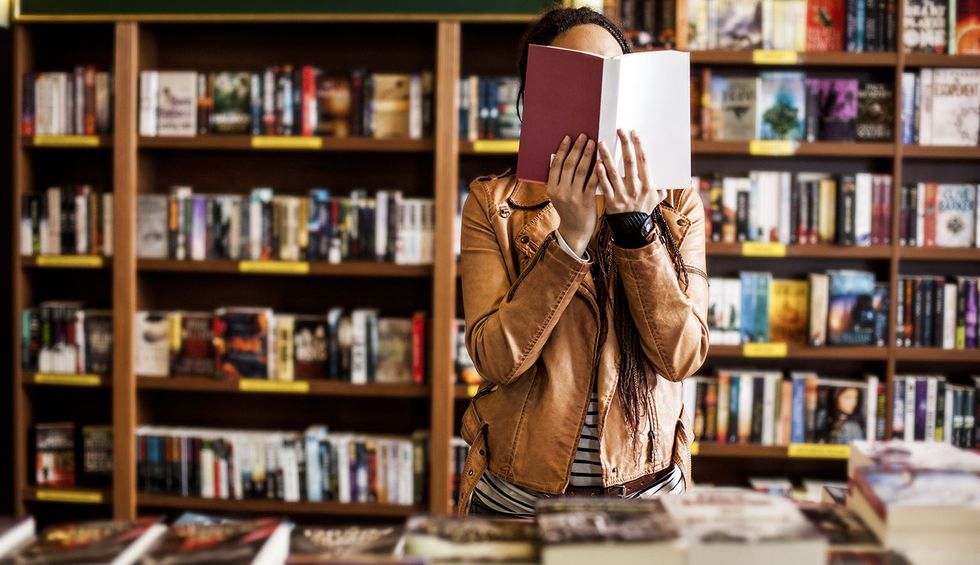 Leave the conspiracy theories for later and take heart from these plague novels about action and resilience.

As the coronavirus spread across the world in the past month, book publishers reported spikes in sales for novels about pandemics. Thrillers such as The Stand by Stephen King and The Eyes of Darkness by Dean Koontz flew off bookstore shelves and landed on doorsteps along with deliveries of hand sanitizer and disinfectant.

I’ll leave King and Koontz for now. Life here in Seattle, close to ground zero for COVID-19 infections in the United States, is providing plenty of real-life suspense, dread, and plot twists. Instead I’m turning to some favorite books that offer, if not comfort, examples of encountering a new reality with dignity—and maybe even courage.

I learned that pandemics were serious business thanks to my college reading of Katherine Anne Porter’s perfect 1936 novella, Pale Horse, Pale Rider. In 1918—the year of the “Spanish flu” that actually started in Kansas—newspaper reporter Miranda meets Adam, a soldier on leave. Their courtship is conducted in the jaunty dialogue of their generation of youth, but influenza, funerals, and “this filthy war” are omnipresent, and Miranda falls ill. Porter herself nearly died from influenza in 1918 and suffered months of complications. Her description of Miranda’s descent into the netherworld of delirium is a revelation—a near-death experience and recovery told by a veteran of this mental, physical, and spiritual battle.

The influenza pandemic of 1918 was made possible by the conditions of WWI—soldiers living in close proximity, populations on the move, malnutrition—and took an even greater human toll than the war, itself for nothing but hubris and imperialism. Pale Horse is a different sort of anti-war novel, a work of art about fighting for life and the wonder of just being alive.

This 2014 novel has been haunting me recently. It starts with a standard setup for speculative fiction: a pandemic has wiped out most of humanity and brought the world to a standstill. Twenty years later, people in search of safety wander through the wreckage. There’s danger and violence, but daily experience is marked more by absence—of almost everything that makes for civilization. No zombie apocalypse, just empty suburbs and an airport where flights are canceled forever. Electricity and the internet, remembered with awe and tenderness, aren’t possible in a ruined world without enough trained people to run them. Tentatively and with ingenuity, groups of roaming humans come together to make shelter, care for each other, and start over again.

By describing the blank spaces left after the disaster, Mandel evokes appreciation for the real, interconnected world we often take for granted. Interspersed with the post-collapse narrative is the life story of one Arthur Leander, an actor who dies on stage just before the pandemic takes hold. Compared to a sparsely populated post-plague dystopia, the quotidian details of Arthur’s life and relationships at first seem mysteriously random. Added up and viewed from a distance, where the many intersections of one imperfect human life become clear, the details indicate that there might be a pattern or importance to even one life that is beyond our understanding. There’s a stillness at the center of Station Eleven that invites contemplation: a quietness that resonates in our own cities at the present moment, where streets are calmer, restaurants are shut down, and buses nearly empty—where bus transportation is still operating. Listening, we understand how much we value our usual, everyday, imperfect world.

The Plague, by Albert Camus

The novel’s setting is distant—an Algerian city during French colonialism—but the beginnings of a pandemic in The Plague parallel some of what we’ve seen recently in the United States. Early indications of impending crisis are ignored by most of the townspeople and denied by bureaucratic obfuscation. When action is finally taken, an emergency is already underway. Suddenly residents awaken to a new reality—they’re captives in a closed town where contagious disease is around every corner and they have little control over their own fates.

The plague in this case is bubonic, the literary mother of all plagues, and the terrible deaths of its victims are described with realistic detail. Camus, who fought in the French Resistance, began the novel in the early 1940s and published it a few years after the Second World War, when it was understood as a powerful allegory for the incremental creep of fascism.

We are not facing the bubonic plague. Creeping fascism, on the other hand, may be another question. There’s guidance to be found in the novel’s central question: How should humans respond to the reality of extreme suffering? Some characters attempt to escape the existential battle, and some seek to profit from it. Some choose another path, like the central character of Dr. Rieux, who repeatedly exposes himself to contagion to tend to the sick, and the writer Jean Tarrou, who organizes a crew to clear the streets of bodies, risking his own life for public safety.

It’s one thing to behave with social responsibility in the short term. Camus knew something about people who dedicate themselves to the common good even when the struggle against the plague—whatever sort of plague it may be—seems endless. “Heroism and sanctity don’t really appeal to me, I imagine. What interests me is being a man,” says Dr. Rieux, referring to his personal code for a meaningful human life. He and Tarrou do what needs to be done in the moment—care for the sick, tend to the dead, and keep faith with the living.