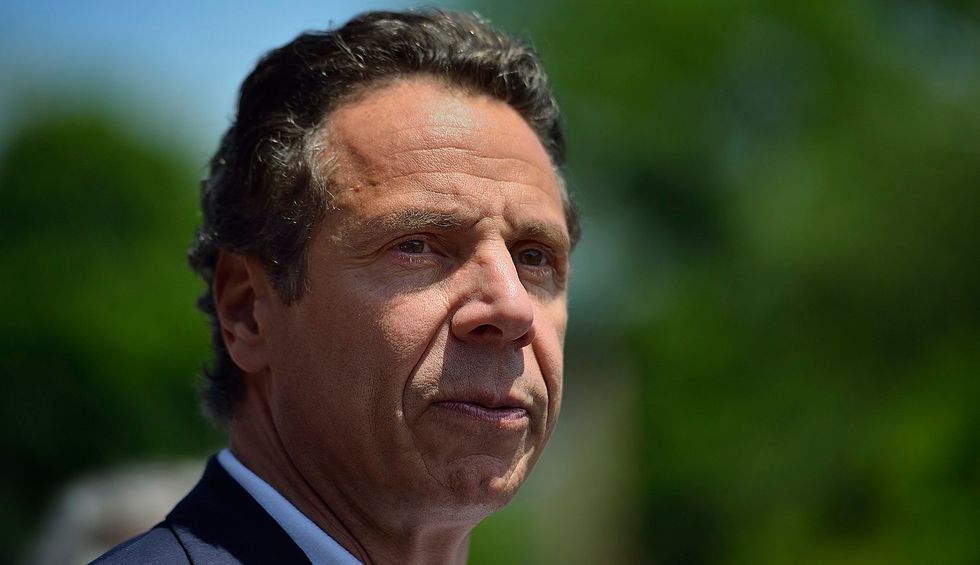 Every day, as the novel coronavirus spreads lethally across the nation, New York Gov. Andrew Cuomo is conducting a televised master class in government that has drawn a wide and admiring audience. Lauded for his elevated and candid leadership, he is underlining the absence of any such qualities in the president of the United States right when they are needed most.

Where President Donald Trump so often sounds feckless, egomaniacal and terribly uninformed, Cuomo appears serious, determined and fully in command of the facts. While Trump dithers and tries to escape responsibility, Cuomo asserts his authority and then accepts the inevitable blame for wrenching decisions. It is all too obvious which one is the adult in the room. Trump boasts of his phony greatness, while Cuomo can rattle off a long list of real achievements.

But the stark contrast between goes beyond the personalities of these two politicians, different as they certainly are.

Trump personifies the right-wing Republican revulsion of government, which is why he enjoys the unquestioning loyalty of his own party's most extreme elements. Under his father's tutelage, Trump came to see government as a cynical game that rewarded corruption. If government demanded to collect taxes owed, the Trump Organization found brazen ways to avoid paying. If government enforced an end to housing discrimination, the Trumps fought in court to preserve their racial preferences. And if government forbade the self-serving misuse of the Trump Foundation or the defrauding of Trump University enrollees, then the Trumps would look for a way around those rules, too.

The family that Cuomo grew up in regarded government as an instrument to improve society and, for those who served in office, a public trust. His late father, Mario Cuomo, who ran New York as governor for three terms, became one of the most eloquent advocates of Democratic Party principles. Mario's rhetoric depicted the state as a family, with mutual support as its watchword and pragmatic progressivism as its guiding philosophy. The point of government was not to grab for oneself -- as the Trumps did incessantly -- but to achieve betterment for all.

It was a compelling vision, even if his own government sometimes fell short of those aspirations. And his decision not to seek the presidency disappointed an entire generation of admiring liberals.

While Andrew Cuomo too admired his father and reveres his memory, he has never enjoyed the same reputation for intellect and charm. From the time he ran his father's early campaigns, he seemed to be little more than a tough kid from Queens, smart and effective but more ruthless and less compassionate than his father.

The kinder way to describe him in those days was "an operations guy," less interested in liberal ideals or the fine points of Catholic social ethics than in getting the job done. Many people disliked him, especially if they got in his way.

Beneath the abrasive exterior, however, there was always something else that only those closest to him would glimpse. He has his father's buoyant confidence and dry sense of humor -- and a surprising capacity to comfort the grieving that emerges on private occasions. Those qualities make a difference now, at a frightening moment when the country needs reassurance so badly.

Andrew Cuomo is still an old-fashioned operations guy, which means that as governor, he insists on science, metrics, data and systems that work. In an era when the news cycle has been dominated by Trump's lies, fabrications and illusions, Cuomo's refusal to sugarcoat a dire reality is refreshing. So is his capacity to grapple with the details of governance, which have always been part of his life. These are the time-honored virtues of liberalism. And his service in federal and state positions has trained him for this hour in a way that is true of few other public officials.

We can only hope that his sane and sound approach to the crisis will prevail (and that he continues to succeed in mostly suppressing his true feelings about Trump). We can also hope that even at his age, with all his experience, he is still learning -- not only about the world but about himself.

What he has showed us lately is a capacity to transcend his perceived limitations and display the decency, strength, humor and inspiration missing from our government. No matter what happens in this year's election, a rebuilding America will need such leaders badly. If we still have a bigger and brighter future, then this Andrew Cuomo does, too.