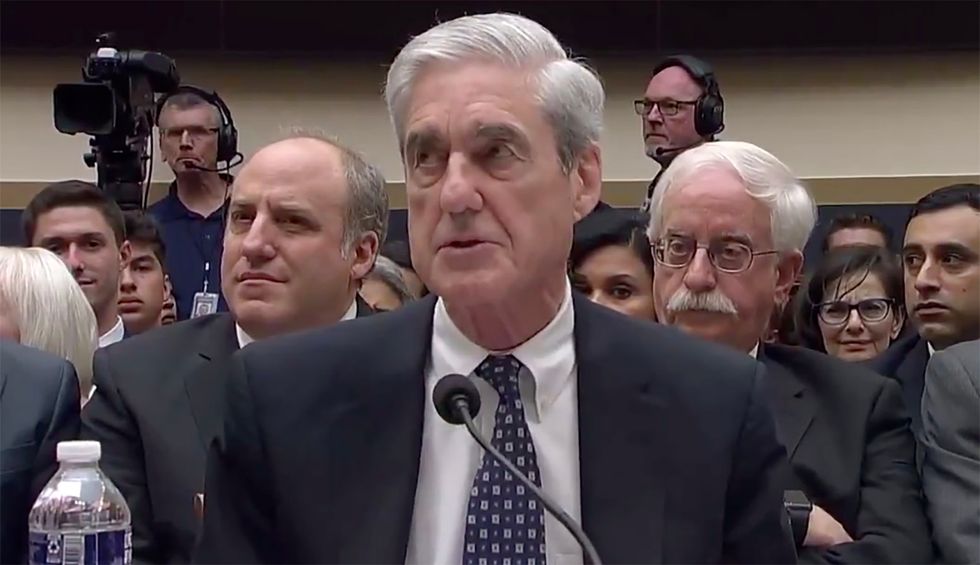 Judge Reggie Walton issued two court orders asking the U.S. Department of Justice (DOJ) for an unredacted copy of the Mueller Report, and on Monday, March 30, DOJ attorneys with the U.S. District Court for the District of Columbia notified Walton that a copy had finally been delivered.

However, reporter Colin Kalmbacher notes in Law & Crime that “the long sought-after report won’t be looked over any time soon” because of “the general and specific federal caseload slowdowns enacted in response to the novel coronavirus COVID-19 pandemic and social distancing response regime.”

Walton explained the delay, noting that the U.S. District Court for the District of Columbia’s “review of the unredacted version of the Mueller report is unable to occur until the Court resumes its normal operations on April 20, 2020, unless the Court’s normal operations are further suspended due to the COVID-19 pandemic.”

For those bitching about this delay, please note that Judge Walton is 71 years old and has been one of the DC Distr… https://t.co/USJXwucHrd
— emptywheel (@emptywheel) 1585599734.0

Although Walton was appointed by a Republican president, George W. Bush, Kalmbacher notes, the federal judge has been a “somewhat persistent critic of the Trump Administration on matters of executive power, privilege and authority.” Walton was not only aggressive in his efforts to obtain an un-redacted copy of former special counsel Robert Mueller’s final report for the Russia investigation — he also equated some of Trump’s actions with the type of thing that would occur in a “banana republic.”

Discussing Trump’s push for a prosecution of former FBI Deputy Director Andrew McCabe, Walton once asserted, “I just think it’s a banana republic when we go down that road. I think there are a lot of people on the outside who perceive that there is undo inappropriate pressure being brought to bear.”

Walton, Kalmbacher points out, has also been quite critical of Attorney General William Barr — especially his views on the Mueller Report.

In August 2019, Kalmbacher recalls, Walton “said it was ‘difficult to reconcile’ the full Mueller Report with Barr’s controversial summary, which gave the arguably false impression that Trump was wholly exonerated of any and all wrongdoing by Mueller.”

Kalmbacher also observes that more recently, Walton asserted that he had “grave concerns” over Barr’s handling of the Mueller Report.

“The court has grave concerns about the objectivity of the process that preceded the public release of the redacted version of the Mueller Report and its impacts on the Department’s subsequent justifications that its redactions of the Mueller Report are authorized by the (Freedom of Information Act),” Walton asserted.

The judge added, “These circumstances generally, and Attorney General Barr’s lack of candor specifically, call into question Attorney General Barr’s credibility and in turn, the (Justice) Department’s representation that ‘all of the information redacted from the version of the (Mueller) Report released by (the) attorney general’ is protected from disclosure by its claimed FOIA exemptions.”