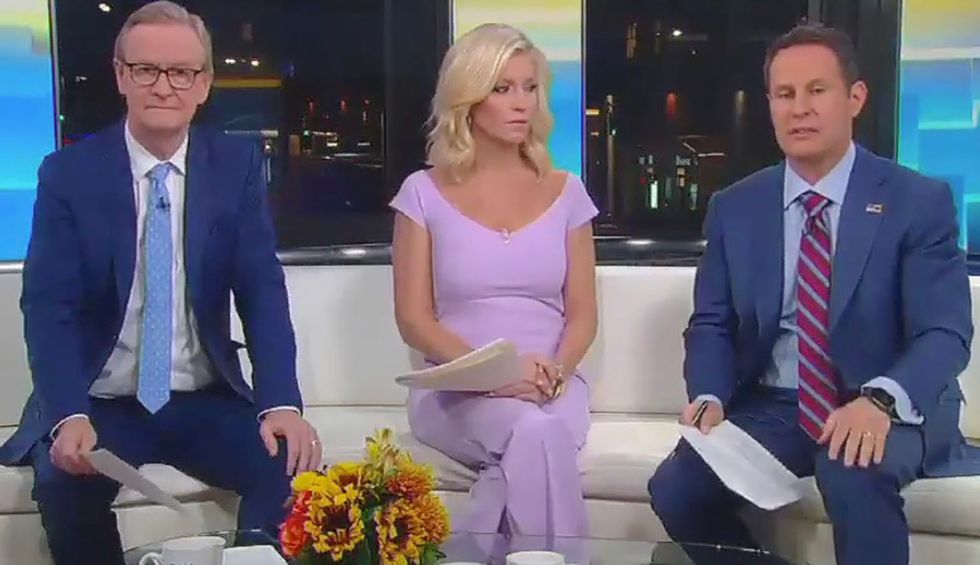 As the death toll from the coronavirus pandemic continues to grow in the United States and many other countries, one thing The Bulwark can take pride in is the fact that — unlike so many other right-wing media outlets — it didn’t spend weeks trying to convince readers that coronavirus was merely a liberal hoax or “fake news” designed to undermine Donald Trump’s presidency. The Never Trump conservatives at The Bulwark always took the pandemic seriously, including The Bulwark’s senior editor, Jim Swift — who lambasts some of the incredibly moronic things that various Trumpistas and far-right media figures have said about coronavirus recently.

On March 13, Cardillo went to Twitter and said of coronavirus, “Treat it like the flu. The panic and hysteria created by the media is criminal. They are destroying lives, businesses, and the economy to make Trump look bad and again screw with elections.”

In response to Cardillo’s tweet, Swift writes, “Sure, John. The news media aren’t covering this story because it’s important and deadly, they’re only covering it because they want to take down President Donald J. Trump.”

In other words, treat it like the flu. The panic and hysteria created by the media is criminal. They are destroy… https://t.co/VLiHczPmWp
— John Cardillo (@John Cardillo) 1584102269.0

Swift also slams Liberty University’s Jerry Falwell, Jr. Appearing as a guest on Fox News’ “Fox and Friends,” Falwell argued that Americans are “overreacting” to coronavirus and that all the media coverage of the pandemic is merely an “attempt to get Trump.” Moreover, Falwell claimed that coronavirus is a North Korean bioweapon.

Swift goes on to lambast Infowars’ Alex Jones and “old-school televangelist grifter Jim Bakker” for “hawking” bogus treatments they claim will cure coronavirus. And Swift cites a March 12 tweet from The Federalist’s Sean Davis as another example of idiocy: Davis tweeted, “Corporate political media hate you, they hate the country, and they will stop at nothing to reclaim power to rule over you. If that means that they destroy the economy via a panic that they helped incite, all while running interference for the communist country that started it, so be it.”

Sarcastically describing Fox News’ Ainsley Earhardt as an “aviation expert…. not to be confused with Amelia Earhart,” Swift notes her recent comment, “It’s actually the safest time to fly. Everyone I know that’s flying right now, terminals are pretty much dead.”

AmGreatness’ Julie Kelly, who Swift describes as a “nutty, bad-faith operator,” has called social distancing a left-wing plot to “get control” that is “far scarier than any virus.”

At this point I think you have a greater chance of being attacked by Joe Biden than catching coronavirus
— Julie Kelly 🇺🇸 (@Julie Kelly 🇺🇸) 1583857646.0

Swift concludes his article by warning that as coronavirus “spreads” in the U.S., Americans will do themselves a favor by not taking nonsense from Fox News seriously.

“Things are going to get worse — not only as the pandemic spreads, but as the bad takes spread too,” Swift warns. “If you’re stuck at home, I’d encourage you not to watch cable news — and encourage your family to avoid it, too. Especially Fox News.”