'Don’t believe anything that the president says': Wife speaks out after husband dies trying to take drug Trump touted 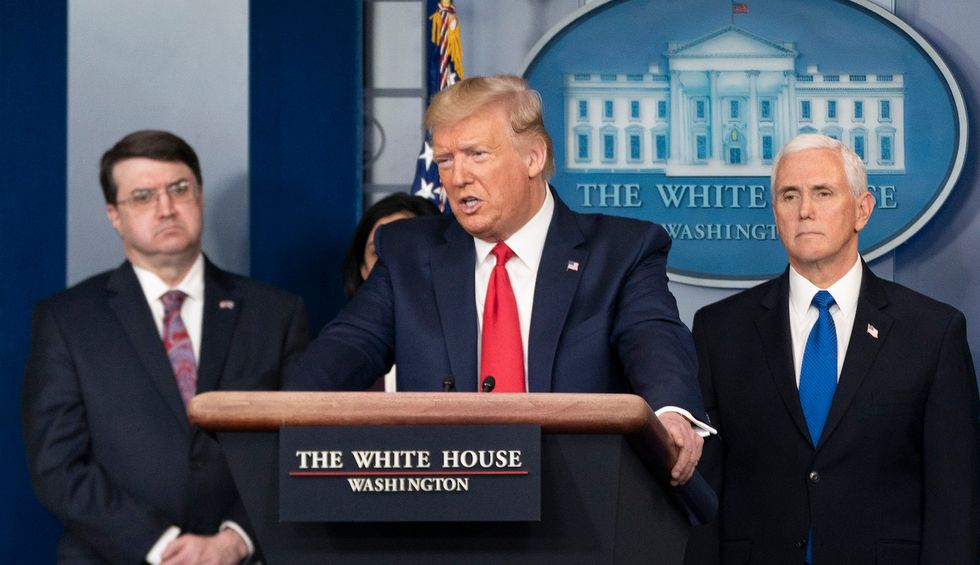 A woman from Arizona warned people not to trust President Donald Trump after her husband died from ingesting chloroquine phosphate, which shares an active ingredient with a drug the president has been touting.

Trump has claimed that chloroquine, which is used to treat malaria, could be effective in fighting Covid-19, the disease caused by the novel coronavirus. While there have been initial indications that this medication could work, it has not been approved for this use, and experts say much more study is needed before drawing any conclusions about its efficacy and safety.

The woman and her husband took chloroquine phosphate, which is used as a fish tank cleaner, NBC News reported. While the woman survived, her husband was killed.

"Chloroquine, a malaria medication, should not be ingested to treat or prevent this virus," Banner Health said Monday, as Reuters reported.

"Given the uncertainty around COVID-19, we understand that people are trying to find new ways to prevent or treat this virus, but self-medicating is not the way to do so," said Dr. Daniel Brooks, medical director of the Banner Poison and Drug Information Center.

BuzzFeed News explained that "the aquarium additive that the couple ingested has the same active ingredients as the anti-malaria drug. However, the formula activated differently than the prescription, Alexis Kramer-Ainza, spokesperson for Banner Health, told BuzzFeed News, making them seriously ill."

In a phone interview with NBC News' Vaugh Hillyard, the woman — still in the ICU — expressed her deep regrets and sadness. She said they were scared of contracting the virus, and they took the chloroquine phosphate to keep themselves safe.

"Trump kept saying it was basically pretty much a cure," she said.

"What would be your message to the American public?" asked Hillyard.

Listen the clip below:

Woman in ICU: "Trump kept saying it was basically pretty much a cure." NBC: "What would be your message to the Amer… https://t.co/ixRNSJtco5
— Vaughn Hillyard (@Vaughn Hillyard) 1585011407.0