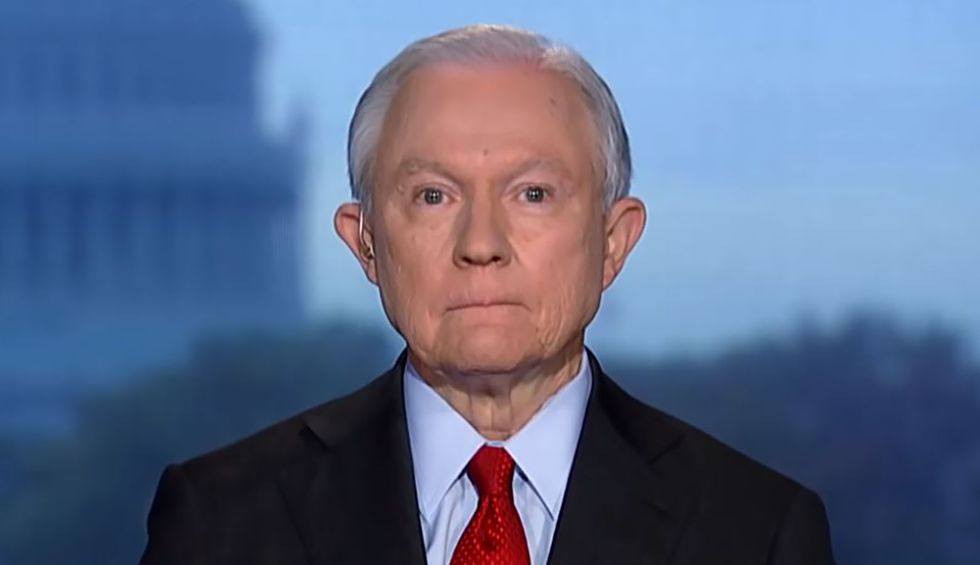 ● AL-Sen: On Tuesday evening, Donald Trump endorsed former Auburn University football coach Tommy Tuberville in the March 31 Republican runoff to take on Democratic Sen. Doug Jones. Tuberville is competing with ex-U.S. Attorney General Jeff Sessions for the GOP nod, and the former coach already looked like the favorite even before Trump tweeted out his support.

Cygnal, which says it does not have a client in this contest, found that Sessions still sported a positive 56-38 favorable rating with Republican voters even after spending years on the receiving end of Trump’s Twitter bile. However, respondents agreed with the statement “President Donald Trump is opposed to Jeff Sessions in the U.S. Senate race” by a 45-16 margin, which helps explain why this poll found the former senator trailing by double digits. Tuberville, by contrast, was in considerably better shape with a 63-26 favorable score.

It may count as somewhat of a minor victory for Sessions that more Republicans didn’t already realize, at least before Tuesday night, that Trump very much opposes him. Last week, just hours after Tuberville and Sessions advanced to the second round of the primary, Trump retweeted a message from Politico highlighting how Sessions “finished well short of a majority.”

Trump told his followers, “This is what happens to someone who loyally gets appointed Attorney General of the United States & then doesn’t have the wisdom or courage to stare down & end the phony Russia Witch Hunt,” and added, “Recuses himself on FIRST DAY in office, and the Mueller Scam begins!” While Trump waited almost a week before officially taking sides, that tweet didn’t leave any ambiguity about who he was rooting against.

Ironically, Sessions may have gotten into this race for his old Senate seat to move on from his past humiliations by Trump, who fired him as attorney general in late 2018. Jason Zengerle wrote in the New York Times Magazine last month that Sessions left the cabinet “by some accounts, a broken man.” Sessions still may have held out hope that he could get back in the White House’s good graces, but the last week removed any illusions that Trump would so much as remain neutral in this contest.

Of course, we still only have two polls to work with, and it’s always possible that Sessions can score an upset in three weeks against Tuberville, whom many University of Alabama fans still loath from his time coaching at rival Auburn University. It’s hard to believe that this ancient football grudge will convince enough Republicans to ignore Trump’s Tuberville endorsement and long-held hatred for Sessions, but if there’s any state where this is possible, it’s Alabama.

● MT-Sen: Candidate filing closed Monday for Montana's June 2 primaries, and the state has a list of contenders available here.

Gov. Steve Bullock delighted national Democrats when he announced his campaign against GOP Sen. Steve Daines on the final day of filing. Bullock will have an uphill battle against Daines in this red state in a contest Daily Kos Elections rates as Lean Republican, but he won't have much trouble winning his Democratic primary.

Helena Mayor Wilmot Collins announced Monday that he was dropping out of the race and endorsing the governor, and Navy veteran John Mues is now Bullock's only notable intra-party foe. While Mues said he'd remain in the race, though, he had just $32,000 to spend at the end of 2019.

The best-funded GOP candidate is Rep. Greg Gianforte, who lost a close contest to Bullock in 2016 and attracted national infamy the following year for assaulting reporter Ben Jacobs on the eve of his special election House victory and then lying about it. The other two Republicans in the race are Attorney General Tim Fox and state Sen. Al Olszewski, who took last place in the four-way Senate primary last cycle. Gianforte ended 2019 with a huge $780,000 to $200,000 cash-on-hand lead over Fox, while Olszewski had only $69,000 to spend.

The Democratic primary is a duel between Lt. Gov. Mike Cooney and businesswoman Whitney Williams, who is the daughter of former Rep. Pat Williams. Bullock is supporting Cooney, while Williams has the backing of the governor's predecessor, former Gov. Brian Schweitzer.

Williams is arguing that Bullock hasn't done enough to stop budget cuts to mental healthcare or improve education, and she's framing her campaign as a "fresh perspective." Cooney, by contrast, says he'll continue the administration's successes. Williams ended last year with a $250,000 to $180,000 cash-on-hand lead.

We don't have a copy of any of Winburn's opening ads, but VTDigger has some descriptions of his spots, which the site characterizes as "light on policy." One commercial features the candidate telling the audience "that his dog, Alphie, features in his ad campaigns because Alphie is better looking than his owner."

The GOP frontrunner is state auditor Matt Rosendale, who picked up Donald Trump's endorsement in February. Rosendale, who lost the 2018 Senate race to Democratic incumbent Jon Tester 50-47, also has the support of the anti-tax Club for Growth as well as a huge financial advantage over his many intra-party rivals.

The other statewide elected official in the race is Secretary of State Corey Stapleton, who badly trailed Rosendale $821,000 to $61,000 in cash-on-hand at the end of 2019. Also in the contest are former state party chair Debra Lamm and Lewis & Clark County party chair Joe Dooling, and two other candidates. Another Republican we'd previously mentioned, Corvallis School District superintendent Tim Johnson, was not included on the secretary of state's candidate list as of Tuesday afternoon.

● NJ-03: Former Hainesport Mayor Tony Porto announced this week that he was dropping out of the GOP primary to take on Democratic Rep. Andy Kim because of "health concerns."

While Rodimer only narrowly lost his own state Senate primary that year, he has his own baggage. He was accused of assault three different times from 2010 to 2013, and Rodimer pleaded guilty to battery in one of those incidents (no charges were filed in the other two). Schwartz, who has self-funded most of his campaign, ended December with a $447,000 to $295,000 cash-on-hand lead over Rodimer, while Lee had $1.55 million available.

● NY-22: Teacher Franklin Sager announced on Monday that he was dropping out of the GOP primary to take on freshman Democratic Rep. Anthony Brindisi and supporting former Rep. Claudia Tenney. Tenney's only remaining intra-party opponent is perennial candidate George Phillips, who hasn't raised much money for his latest campaign.

● SC-01: State Rep. Nancy Mace picked up an endorsement on Tuesday from House Minority Leader Kevin McCarthy in the June GOP primary to face freshman Democratic Rep. Joe Cunningham. Mace, who already had the backing of the anti-tax Club for Growth, has looked like the GOP frontrunner ever since she entered the race in the summer, and she ended 2019 with a large financial lead over her intra-party rivals.

● TX-07: Republican Wesley Hunt is out with a poll from Remington Research Group that shows him tied 45-45 with Democratic incumbent Lizzie Fletcher. This survey, which was taken in the two days following Hunt's primary win last week, is actually slightly better for Fletcher than an older GOP poll: Back in September, Hunt's allies at the Congressional Leadership Fund released a survey giving him a 45-43 lead against Fletcher.