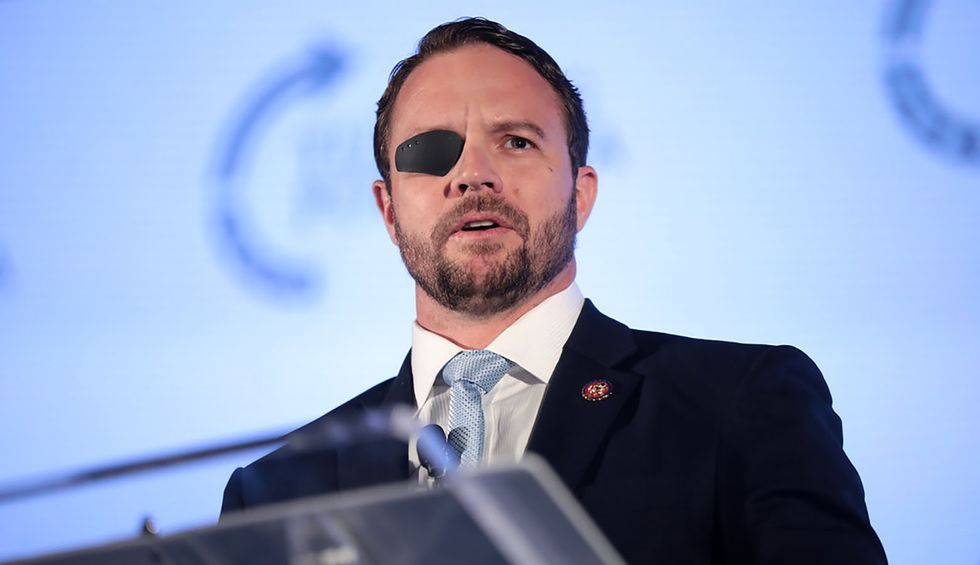 "Democrat suspends campaign after making runoff to challenge U.S. Rep. Dan Crenshaw" was first published by The Texas Tribune, a nonprofit, nonpartisan media organization that informs Texans — and engages with them — about public policy, politics, government and statewide issues.

In a surprising move, one of the Democrats running to challenge U.S. Rep. Dan Crenshaw, R-Houston, suspended her campaign Monday, just under a week after advancing to a runoff.

The Democrat, Elisa Cardnell, finished the three-way primary Tuesday with 31% of the vote to 48% for Sima Ladjevardian, a Houston attorney and Democratic fundraiser endorsed by Beto O'Rourke. National Democrats are targeting the seat.

Cardnell said in a statement that she was proud of what her campaign achieved, "but unfortunately, after a hard look at the numbers, we do not have the resources and clear path to reach a majority in the runoff."

"This is not the outcome any of us were hoping for, but ultimately it is the best thing for our party so the fight against Dan Crenshaw can start today, not in May," Cardnell said, asking her supporters to join her in backing Ladjevardian.

Cardnell had been running for the seat for over a year, while Ladjevardian made a last-minute decision to enter the primary hours before the filing deadline in December. Ladjevardian quickly shook up the primary, drawing O'Rourke's support — she has been an adviser to him — and dwarfing her fellow Democrats in fundraising.

This article originally appeared in The Texas Tribune at https://www.texastribune.org/2020/03/09/dan-crenshaw-democratic-runoff/.