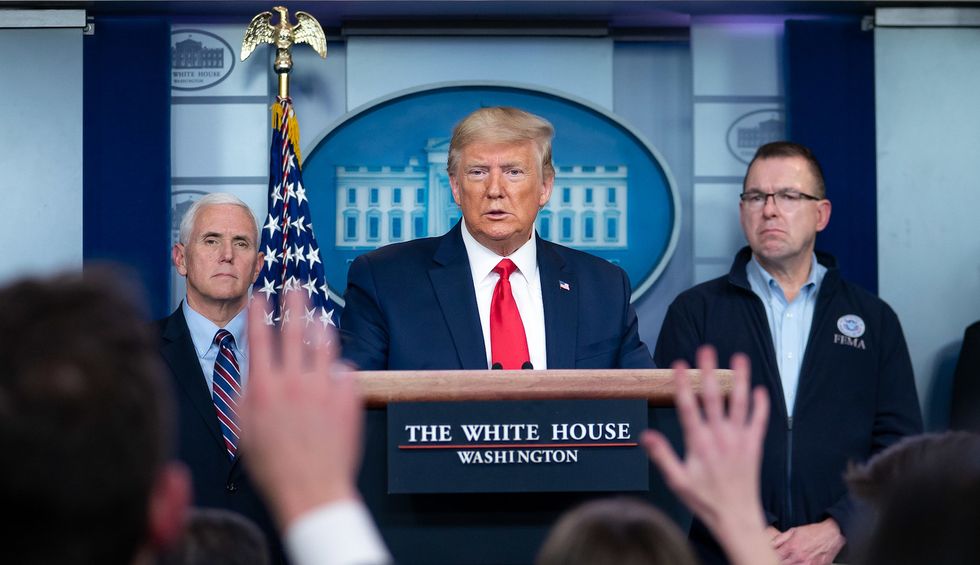 President Donald Trump quickly took over coronavirus task force chief Mike Pence’s daily press briefings as soon as he realized the Vice President was gaining some credibility and popularity. But there’s another reason Trump is holding these press briefings, some for hours each day, seven days a week.

“He misses his rallies,” the AP’s White House reporter Jonathan Lemire said on MSNBC Monday afternoon. “He misses the road.”

“And that’s why, despite a number of senior aides telling him he should not be appearing at the briefing every day he insists that he will.”

Lemire described Trump as “deeply frustrated,” and suggested the President wants to campaign against former Vice President Joe Biden but under current circumstances cannot in the ways he planned.

He also said not just the President, but other White House officials believe it’s necessary for the sake of the economy, for Americans to go back to work – as Trump has strongly suggested – despite the obvious cost of human lives.

But it’s not just their concern for the economy.

“They worry about it endangering the President’s re-election hopes,” he added, noting these White House officials believe “the danger of this virus is overhyped.”