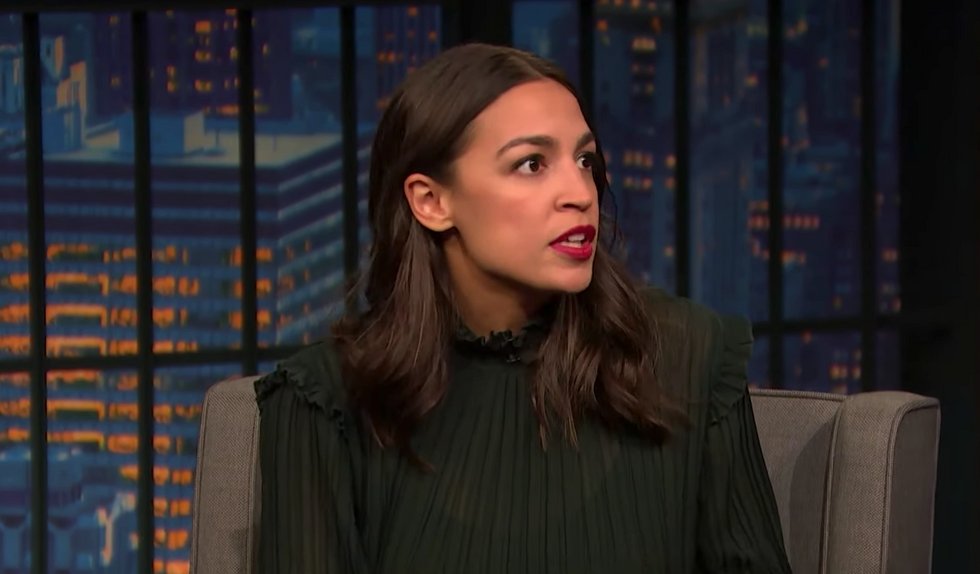 Rep. Alexandria Ocasio-Cortez of New York City has been one of the most ardent supporters of Sen. Bernie Sanders’ 2020 presidential campaign. And despite the surge of former Vice President Joe Biden — first in the South Carolina primary, then on Super Tuesday — AOC is still hoping that Sanders will win the nomination. But when she appeared on “Late Night with Seth Meyers” this week following Super Tuesday, the host asked the 30-year-old congresswoman what she will do if Biden ultimately becomes the nominee. And AOC responded, without hesitation, that she would get behind Biden in that scenario.

Meyers, formerly of “Saturday Night Live,” told Ocasio-Cortez, “Everyone’s worried if one wins, will the supporters of the other sort of agree to support the Democratic nominee? That’s a question you get asked a lot. Is it safe to assume that you will support Joe Biden if he is the nominee?”

AOC didn’t try to dodge the question or give an evasive, Kellyanne Conway-ish response. Instead, she made it clear that while Sanders is her preference, she would much prefer a Biden presidency over four more years of having Donald Trump in the White House.

The self-described “democratic socialist” told Meyers, “I’ve said throughout this entire process that what is so important is that we ultimately unite behind who that Democratic nominee is. And I think it’s a two-way street. I’ve been concerned by some folks that say if Bernie’s the nominee, they won’t support him — and the other way around.”

Ocasio-Cortez added, “Right now, November, you know — this is more important than all of us. And we really need to make sure that we defeat Donald Trump at the polls — assuming and knowing how insane it’s going to get between now and then.”

During the interview, Ocasio-Cortez stressed the importance of younger Americans voting in 2020.

“It is going to be now and in November, I believe, turnout of young people that will have a huge determination in our future as a country, and this is an enormous responsibility,” Ocasio-Cortez asserted. “And we’ve got to really, really turn up or else  — you get what you fight for. And you get what you vote for. And I think it’s so incredibly important that we fight for a future that will work for us.”

The fact that Ocasio-Cortez expressed a big tent view of the Democratic Party when speaking to Myers is important: more than anyone, AOC has become the young face of Sanders’ “democratic socialist” movement in the United States. Nonetheless, many Democrats worry that the party’s progressive and centrist wings could have a hard time putting their differences aside and uniting around the nominee, whether it turns out to be Sanders or Biden — and that a lack of Democratic unity could get Trump reelected.

On Thursday, the New York Times updated its delegate count for the Democratic presidential primary. Biden was in the lead with 627 pledged delegates, while Sanders had 551. The Times also had a delegate count for some Democrats who have dropped out of the race, including 64 for Sen. Elizabeth Warren, 60 for billionaire entrepreneur and former New York City Mayor Mike Bloomberg, 26 for former South Bend Mayor Pete Buttigieg and seven for Sen. Amy Klobuchar.

Bloomberg, Buttigieg and Klobuchar have all endorsed Biden, while Hawaii Rep. Tulsi Gabbard (who has two pledged delegates) is still in the race.