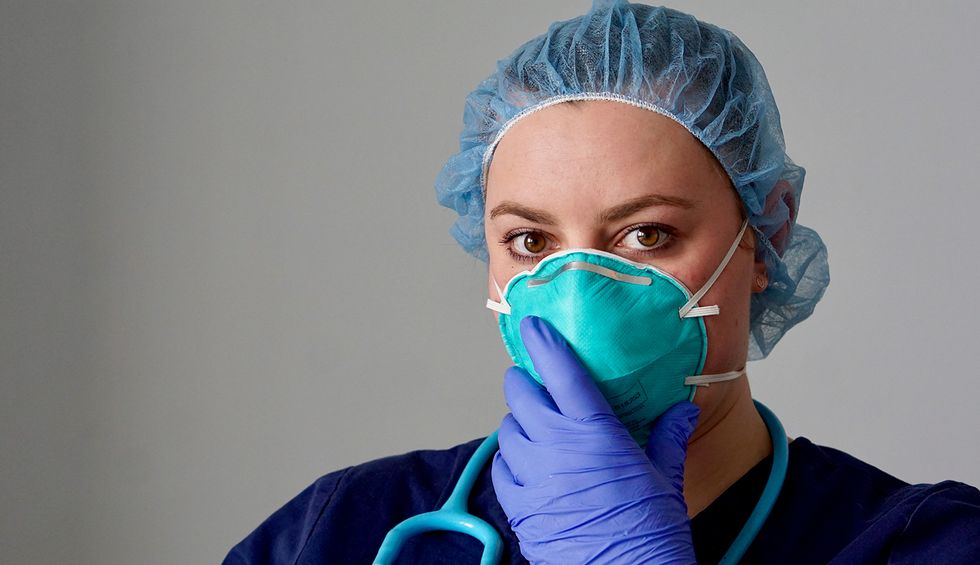 Image via / Shutterstock.
Brandon Formby
and
The Texas Tribune
March 02, 2020

"Patient with "weakly positive" test for coronavirus was released for a time in San Antonio" was first published by The Texas Tribune, a nonprofit, nonpartisan media organization that informs Texans — and engages with them — about public policy, politics, government and statewide issues.

A person in the San Antonio area had a “weakly positive” test result for the new coronavirus after being released from federally managed quarantine at Lackland Air Force Base, local health officials said Sunday. The person has since been placed back in quarantine, according to a statement from San Antonio Metro Health.

“Metro Health has been tracking where the person went, who they interacted with, timeframes outside the federally ordered quarantine and who may have been exposed,” the statement said. “This information will be shared with the public when completed.”

Officials from the Centers for Disease Control and Prevention are notifying people who had contact with the person after they left isolation, according to a statement that local health officials attributed to the federal agency.

The person was treated and isolated for weeks after their return to the United States from Wuhan, China on a U.S. State Department chartered flight. The individual was allowed to leave isolation after they appeared to be asymptomatic, had two negative test results and met all criteria for release, according to the CDC statement.

“Following the patient’s release, results of a subsequent sample were received, and determined to be weakly positive,” the statement said. “Out of an abundance of caution, CDC decided to bring the individual back into isolation at a local medical facility.”

Lackland Air Force Base is also where some evacuees from the Diamond Princess cruise ship were quarantined after they were repatriated to the United States against CDC’s recommendation.

San Antonio Mayor Ron Nirenberg said in a statement Sunday that it was “unacceptable” that CDC allowed the patient flown from Wuhan to leave isolation.

“We will do everything within our power to ensure that the community is kept safe and the exposure risk remains low,” Nirenberg said. “The federal quarantine period for the Diamond Princess cruise ship evacuees ends tomorrow March 2. I have asked the CDC to do everything in their power to ensure that those who are released pose no risk to the community.”

"The CDC’s premature release of a quarantined patient carrying the coronavirus into San Antonio raises serious questions about CDC management, protocols and the attentiveness of the Administration to public safety," Castro said.

As of Saturday, there have been 74 confirmed cases of the virus in the United States, according to The New York Times. The official tally in Texas remains at 11 — all of them in the San Antonio area. The case disclosed Sunday is the first case in Texas in which a person who tested positive for the virus was known to have been outside the federal quarantine area.

While state officials continue to say that the risk to average Texans remains low, worries about the virus have begun to spread. On Saturday, Rice University asked 17 individuals to self-isolate after a research assistant was found to have contact with a possible case of the virus while traveling abroad. And on Sunday, CERAWeek 2020, an international energy conference in Houston, was canceled "in light of developing circumstances." Delegates from more than 80 countries were expected to attend the event, which was scheduled for March 9-13.

Disclosure: Rice University has been a financial supporter of The Texas Tribune, a nonprofit, nonpartisan news organization that is funded in part by donations from members, foundations and corporate sponsors. Financial supporters play no role in the Tribune's journalism. Find a complete list of them here.

This article originally appeared in The Texas Tribune.