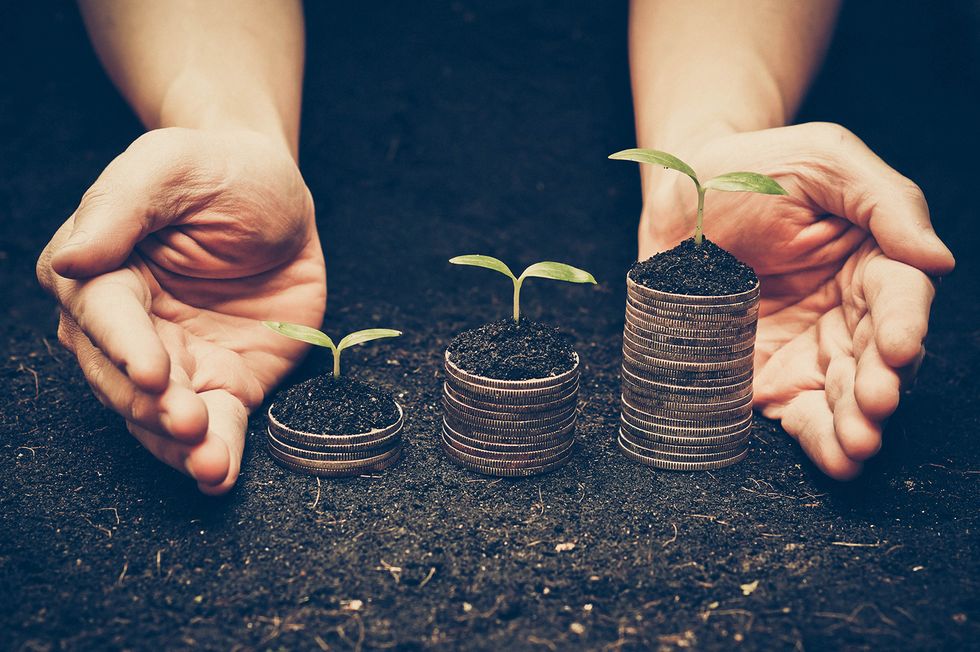 Science warns us that the 2020s will be humanity’s last opportunity to save itself from a climate catastrophe. Decisive action must begin this year. Climate change, however, is just one of the many crises telling us that business as usual is not an option. We must not delay action to create the world we actually want.

The theme of the first issue of YES! Magazine in this defining decade is “The World We Want.” It makes the case that the failures of the current economy will require action far beyond a reduction in carbon emissions. The issue’s opening article, “We’ve Got a Better World in Mind,” rightly suggests that the imperative to act creates an unprecedented opportunity to envision and create a world in which every person matters and has an opportunity for a dignified and satisfying life.

The root of the problems we’re facing is the utter failure of economics in guiding the management of our global household. In the mid-20th century, the neoliberal school of economics assumed control of the discipline and focused policymakers and the public mind on Gross Domestic Product, financial market indices, and official employment statistics as the primary indicators of economic performance.

Unless one or more of these indices is faltering, economists assure us that the economy is doing well. As to addressing major societal problems such as climate change and inequality, their suggestions are generally limited to policy tweaks in pursuit of marginal improvements to those indicators.

Despite its claims, neoliberal economics is more ideology than science. Its devotees assume a world that exists only in the believer’s minds. Its assumptions blind its followers to the systemic failure of an economy that is destroying Earth’s capacity to support life while forcing most of the world’s people into an increasingly difficult daily struggle to fulfill their basic needs. The resulting social breakdown drives violence and support for authoritarian leaders.

In the imagined world of neoliberal economists, growing GDP and financial wealth is society’s defining purpose. They would have us believe we each best serve society by competing to maximize our personal income and consumption while ignoring the social and environmental consequences. They educate our young to disregard both reality and long-established ethical principles in their future roles as citizens, political leaders, corporate executives, and community activists. This deeply flawed message is constantly reinforced through popular media.

Despite its evident deficiencies, neoliberal economics continues to hold sway for lack of a credible alternative grounded in authentic assumptions and values. It is not possible to dethrone an established theory merely by showing that it is deficient. It will continue its reign until replaced by a better theory.

We need to advance the development and acceptance of an economics suited to the challenges of the 21st century. A 21st century economics will guide us in achieving the transformation of culture, institutions, technology, and infrastructure essential to our ability to secure the well-being of all people and the living Earth. We will call it “economics,” because it will do what economics is intended to do. Beyond the name, however, it will bear little resemblance to the 20th century neoliberal ideology that continues to hold sway. The contrast in the defining assumptions of these two systems are summarized in the below chart.

Here are two major examples of the many ways in which 21st century economics will differ from that of the last century. The first deals with indicators, the second with money.

We get what we measure, so it is time we shed our obsession with growing GDP, a simplistic single indicator that mostly tells us how well the economy is benefiting the already richest among us. Kate Raworth, the world’s leading architect of a 21st century economics, advocates two panels of indicators, one focused on the well-being of Earth and the other on that of people. A 21st century economics would guide us in managing the relationships between the two in ways that secure the well-being of both.

A second defining concern of a 21st century economics will be to create a financial system that will not collapse if GDP fails to grow. In the current arrangement, money is created by a system of private, for-profit banks that create the bulk of society’s money supply by issuing loans that must be repaid with interest. Very little of that money goes to new productive investment; most finances consumption and financial bubbles.

Under this arrangement, the economy must continually grow to create demand for new loans. Since money to repay interest was not created in the process of making a loan, new loans are needed to create the additional money for that. If GDP fails to grow, borrowers are forced into default, banks go into bankruptcy, money disappears, the economy shuts down, and essential needs go unmet.

Twentieth century economics says that economies can grow indefinitely, but history shows this to be a false assumption. Once we abandon that pretense, we must find a new way to create money.

One way is to shift money creation from private banks to public banks. While private banks seek to maximize returns by charging interest on loans, public banks expand the money supply by providing governments with new interest-free money to spend into existence to fund public investments. Working out the design and management of such public systems to avoid abuse and inflation will be a major issue for 21st century economics.

The differences between how the old and new economics address economic indicators and money creation underscore the urgency of our need for a better economics to create a better world.

David Korten is co-founder of YES! Media, president of the Living Economies Forum, a member of the Club of Rome, and the author of influential books, including “When Corporations Rule the World” and “Change the Story, Change the Future: A Living Economy for a Living Earth.” His work builds on lessons from the 21 years he and his wife, Fran, lived and worked in Africa, Asia, and Latin America on a quest to end global poverty.