Your tax dollars at work: Trump's new policies are way more alarming than his vengeance campaign against perceived enemies 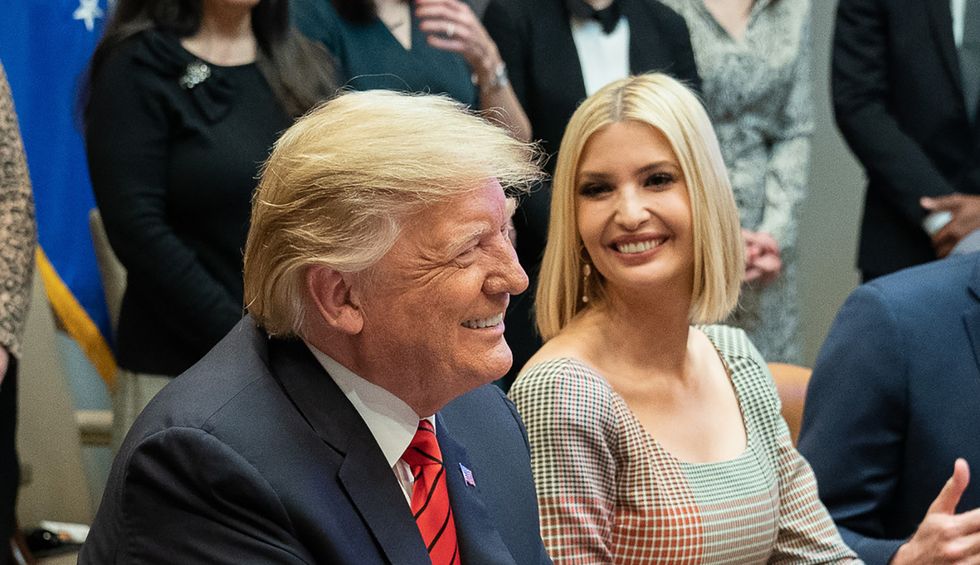 So, while Donald Trump has been parading his vengeance campaign against perceived enemies, what’s his actual government been doing?

Mostly, once we set aside the pomp of awarding undeserved medals to Rush Limbaugh and continuing to irritate foreign leaders who had considered themselves allies, the answer is that the government continues to pursue the anti-immigrant, anti-science, anti-environmental policies that have marked the last three years.

He is promoting a candidate for the Federal Reserve board who believes in returning the country to valuing the U.S. dollar to the gold standard, a policy rejected decades ago, he is talking about cutting a fifth of U.S. aid to foreign countries, and he is backing an end to fighting fraud in student loans. A deputy secretary of the Department of Veteran Affairs has dismissed, while the department has been spending millions in outside health services with no apparent accountability. And the Pentagon has been ordered to halt a $10 billion computer project because of a lawsuit filed by Amazon that says Trump put his heavy thumb on the scale to keep the contract from going its way.

Or as we call it, Tuesday.

Here are a few other items on the Trump agenda:

–Border Wall. While the White House made sure to publicize the fact that it was seeking only $2 billion more in its new budget proposals for 2021 – down from the $8 billion that it had sought earlier this year, even shutting down the government in a failing effort to get it, the Defense Department is moving ahead and shifting another $3.8 billion from procurement and other operations towards paying for the Wall on the US-Mexican border, according to official documents sent to the Congress showed.

That makes the total $9.9 billion that the Pentagon has been forced by Trump to pony up for construction – despite repeated votes by Congress to block the funding, and a court case to protest the move as against the Constitution.

A federal appeals court temporarily allowed Trump’s diversion of already committed budget funds in January without ruling on the substance; whatever the outcome, the case will surely move to the Supreme Court. Trump had said it was a “national emergency” to stop migrants at the border as justification in moving monies from military base improvements and schools for children of military.

In other words, Trump thinks his powers supersede those of Congress in assigning money to programs.

The Pentagon told Congress it was transferring the $3.8 billion to “counter-drug activities” on the border in support of the Department of Homeland Security. This time, the money is to be taken from programs for buying tactical vehicles for the Army National Guard, vessels for the Navy, and combat and transport aircraft for the Navy and Air Force.

For the record, virtually all the money to date has gone to replace existing border fencing, although, for a new section of Wall, authorities apparently blew up a Native burial grounds that was on the federal side of a border with reservation land. And, among a crackdown nationally, changes in policy to make seeking asylum more difficult and wringing concessions from Mexico and Central American nations into holding migrants on their way to the United States, the number of migrants per month trying for admission has plummeted to 30,000 a month from double that a year ago.

–Federal pay cut. A days after Trump was boasting at the State of the Union address of an economy pumping away at a rate better than any in American history, Trump cut pay raises for federal employees from a planned 2.5% to 1%, adding that the “alternative pay plan decision will not materially affect our ability to attract and retain a well‑qualified federal workforce.”

Again, the justification seems to revolve around the idea of a “national emergency or serious economic conditions affecting the general welfare,” which the White House says authorizes the president to ‘implement alternative plans for pay adjustments.”

There was also a cut in federal employee retirement pay.

It does seem on its face that the White House shouldn’t be able to have it both ways – either we’re in boom times, in with government employees could share in the benefits, or we’re facing a national economic emergency. Which is it?

The answer, of course, is that someone has to pay the for burgeoning national deficit since tax cuts and increased military spending are unpaid for in the White House plans.

–No Imminent Threat. A White House memo offered to the House Foreign Affairs Committee this week to justify the U.S. strike that killed Iranian military leader Maj. Gen. Qasem Soleimani in January makes no mention of an imminent threat—Donald Trump’s professed rationale for the attack.

The two-page memo made public instead says the Soleimani strike was carried out in response to previous attacks and to deter Iran from conducting or supporting attacks in the future.“ Although the threat of further attack existed, recourse to the inherent right of self-defense was justified sufficiently by the series of attacks that preceded the January 2 strike,” the memo reads.

So much for trust in the White House over the use of the most important decisions.

–Anti-immigrant efforts. Team Trump has started dispatching elite Border Patrol to “sanctuary cities” to find immigrants in the country illegally, has blocked New York residents from renewing or seeking Global Entry and other accelerated travel documents over a state law allowing driver’s licenses without regard to immigration status, and has quietly amplified a program to make it much more difficult to submit asylum requests.

The Washington Post told the story this week of a California woman who finally emerged from the shadows to report a rape, and to seek what is called a U-visa for crime victims. Immigration officials instead rejected her application because her younger son has no middle name – and she left the application space for it blank.

“If that sounds arbitrary and irrelevant, that’s probably by design. Over the past few months, the Trump administration has quietly been rolling out a Kafkaesque new processing policy for select categories of visas: If any fields on a form are left blank, it will automatically be rejected. Even if it makes no sense for the applicant to fill out that field,” reported The Post.

That includes Apartment Number, even if you do not have one.

U.S. Citizenship and Immigration Services (USCIS) offered only a vague statement saying applicants “must provide the specific information requested and answer all the questions asked.”

Rather, it seems a policy aimed at denying visas to legally eligible applicants.

Your government dollars at work.