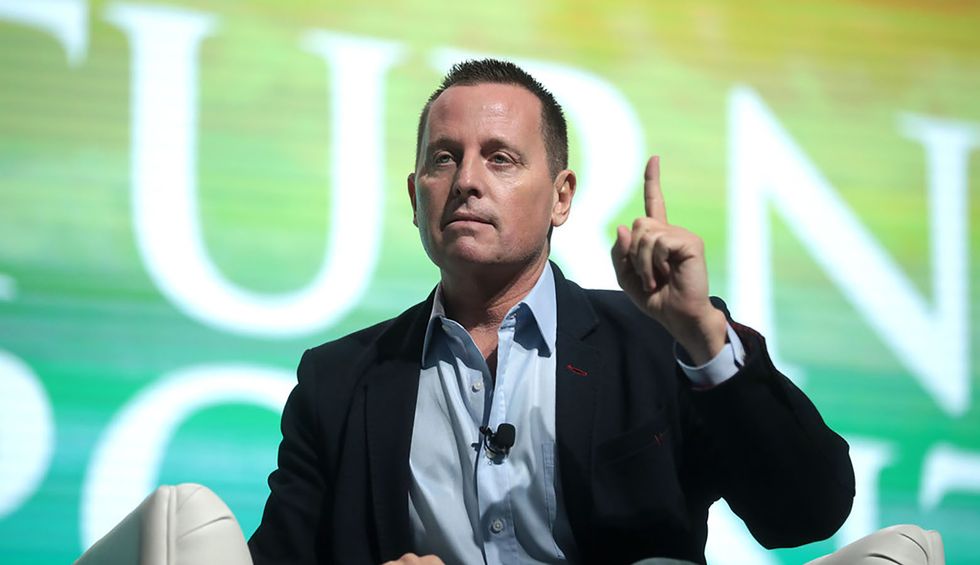 It’s hard to say that Donald Trump has really excelled at anything. But on the topic of naming the worst possible person to the most sensitive role, he can be genuinely outstanding. Betsy DeVos at Education? Ben Carson at HUD? Rick Perry for Energy? All of these are mind-boggling achievements in you-must-be-kidding. But Trump’s latest choice throws shade on his earlier selections. Because selecting Richard Grenell to be director of national security isn’t just an incredible mismatch—it comes with a side order of hate, racism, xenophobia, and more hate. Just lots of hate.

What Grenell doesn’t bring to the job is one whit of experience with the intelligence community, or even the slightest hint that he can organize something larger than a poker night. He has no experience running any kind of organization, and no connection at all to intelligence—in any sense of the word. What Grenell has managed, in his current position as U.S. ambassador to Germany, is to demonstrate Trump’s utter disdain for America’s largest European ally—and, amazingly, Trump has found a way to make that even worse at the same time.

It’s not an exaggeration to say that Grenell’s most famous attribute is hate. It’s not just that he hates Muslims, hates brown people, hates immigrants of all kinds. It’s also that he nurses personal hatreds. Even that is underselling it. He seeks out personal hatred—enough so that his Twitter feed consists almost entirely of Grenell spending his time going after each and every person who mentions him. Personally. It’s a demanding time sink of name-calling and threats that doesn’t leave a lot of time for actually acting as ambassador. But that’s fine—Grenell reserves plenty of his hate for the German government and its weak, Muslim-coddling, “open borders” polices that are flooding Europe with terrorist invaders.

Which makes it perfect that, at the same time that Trump has now named Grenell to a post for which he has not one possible qualification, he’s also holding on to the position of ambassador to Germany, even though he won’t be in Germany. This ability to spit in the face of the intelligence community while mooning a strategic ally shows the genuine genius behind Trump’s actions.

It’s also a pretty clear indicator of his motivation: spite.

Trump has William Barr at the Justice Department systematically ripping apart the idea that there is any distance between the Oval Office and the DOJ. Barr is proving, step by step, that when all the ethical considerations are set aside, the criminal justice system can provide both carrot and stick, to coddle Trump’s friends and punish his enemies.

Now Grenell gets the opportunity to complete the destruction of the intelligence community. With the National Security Council having shed figures such as Fiona Hill and Alexander Vindman, and the leadership of both the FBI and the CIA scrubbed of those Trump views as political opponents, Grenell is in a position to transform the director of national intelligence from a means of providing the nation with the information it needs to stay safe in a changing world into an instrument Trump can wield to destroy anyone, anywhere.

If Barr is charged with making the DOJ over in the mold of the Cheka, Grenell is there to put a KGB stamp on U.S. intelligence. And he’ll have no trouble getting advice from Vladimir Putin—he’s a big fan.

Grenell has already demonstrated a willingness to outright lie for Trump, even when the lies were obvious; to consistently attack free speech and the media; to champion neo-fascist leaders in Europe; and to chase down anyone who he believes has given him the slightest offense—even indirectly. So naturally Trump is giving Grenell the most powerful tool that anyone could possibly have in pursuing the personal destruction of his perceived enemies.

In the right hands, the intelligence community is an amazing set of interconnected organizations capable of informing decisions and helping to safeguard not just our nation, but the world. In the hands of Richard Grenell, it’s the entity that can gut anyone viewed as an enemy—figuratively and also literally. Like Twitter … but with black sites. And electrodes.

Of course, Grenell is not going to the be actual DNI. Trump is well aware that he couldn’t get this jack-booted jerkwad through even the most cowed, Trump-praising Republican Senate. So Grenell’s title will always include the term “acting.” Expect him to act.