Why Democrats' smartest play is to rally around Bernie Sanders 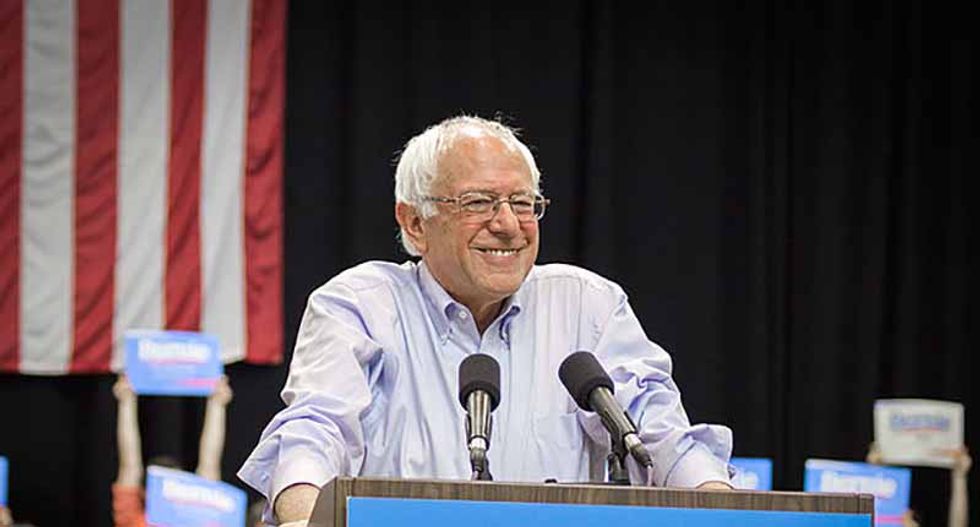 If they were smart, the Democratic Party would support Bernie Sanders as their nominee.  But of course, they won’t, if there’s any way they can prevent his nomination.

Not surprisingly, Sanders’ PAC-supported or big money opponents, Joe Biden, Pete Buttigieg, and Michael Bloomberg, have belittled his candidacy.  But the Party’s old guard –Hillary Clinton, John Kerry, Barney Frank— have also publicly attacked and/or worked against Sanders.  Barack Obama has intimated that he would try to prevent a Sanders nomination.

Even worse, the liberal corporate media have repeatedly dismissed, attacked, and underreported Bernie and his campaign.  New York Times opinion writers –Paul Krugman, Timothy Egan, Frank Bruni, Bret Stephens, and David Brooks— have virtually lined up to dismiss the Sanders campaign; ‘he can’t win,’ ‘he’s like Trump only his opposite,’ are common refrains.  Washington Post columnists follow suit, and MSNBC’s Chris Matthews went off the rails implying Sanders’ rather tame version of democratic socialism could lead to public executions.

Similarly, the well-endowed Democratic PAC, the Democratic Majority for Israel, funded attack ads on Bernie in Iowa, while the corporate Partnership for America’s Health Care Future has mobilized to “change the conversation around Medicare for All” to protect the for-profit healthcare industry.  And, of course, the powerful right-wing attack machine, from Charles Koch’s organization to the Federalist¸ have been mobilizing propaganda attacks on Bernie.

There will be a great deal more of this in the coming months, as these interests try to bury Bernie Sanders’ truly populist message.

Let’s look at their arguments: “Sanders can’t beat Trump” and “Bernie is too far left.”

The latest Quinnipiac national poll (pre-New Hampshire) has Bernie 8 percentage points ahead of Trump, shortly after Trump’s post-impeachment bump, and Bernie’s campaign will vividly bring out the enormous contradictions in the Trump administration.

But more fundamentally, are any of the centrist Democratic candidates likely to beat Trump with their ‘more of the same’ arguments?

The New York Times’ conservative columnist David Brooks revealed data showing that tens of thousands of voters in the key swing-to-Trump states of Pennsylvania, Michigan, and Wisconsin voted for Bernie in the primary and Trump in the election –in sufficient numbers to cost the Democrats the election.

However, Brooks draws a dubious conclusion from the data, suggesting Bernie voters will sit out the election if a different Democrat is nominated.  Voters who voted for Bernie in those primaries but Trump in the general election are not Bernie’s fervid young supporters, but in all likelihood largely alienated white working class or rural Americans, fed up with a Democratic Party that long ago deserted them.

In short, the data don’t suggest abandonment of Democratic nominees as much as they suggest the potential for Bernie, alone among Democratic candidates, to pull working class and rural votes away from Trump.

A second way that Bernie expands the potential Democratic voter base is the fact that hundreds of thousands of diverse young people have been inspired by his sharp critique of corporate-dominated inequality, his advocacy of the Green New Deal, and generally his vision of a more democratic future.

Among other things, these young people see in Bernie someone who recognizes the profound economic, social and ecological problems which will plague their future lives.  They bring enormous energy and enthusiasm to a Bernie candidacy.

They and others, recognize the authenticity of Bernie’s politics; he has consistently fought for the concerns he raises.  As political writer Robert Scheer has observed, Bernie “actually believes in the grassroots.  He actually believes that an ordinary person in Vermont can make intelligent decisions about the human condition, and about justice and freedom… [one] reason Bernie Sanders can survive the rhetorical assaults [against him]….”

On the one hand, Bernie’s candidacy inspires political activism among the young and those with long-held social justice grievances.  On the other hand, he speaks authentically to long disenchanted working class whites and rural Americans.  As Scheer put it, “I think what makes Bernie Sanders authentic is his respect for the ordinary person.”  It’s no accident that he easily won the Vermont primary in every town in the state, so widely is he respected by constituents who have come to know him.

Bernie is not “too far left” for these voters; his essentially New Deal-type programs are too far left for Democrats like Bill Clinton who moved the Party into the corporate center some 40 years ago.

The real hope represented by Bernie Sanders’ campaign is that he can pull together these sharply separated populations –in the process shifting the focus to the elite forces whose propaganda has kept them apart.

This could represent the beginning of a real healing of America’s tragic history around race and class.  It could also represent what the political scientists like to call a “realignment” of American politics, one which promises far more democracy than the sad democratic façade we live under.

Ted (Edward P.) Morgan (epm2@lehigh.edu) is professor of political science at Lehigh University and author of What Really Happened to the 1960s: How Mass Media Culture Failed American Democracy (University Press of Kansas).