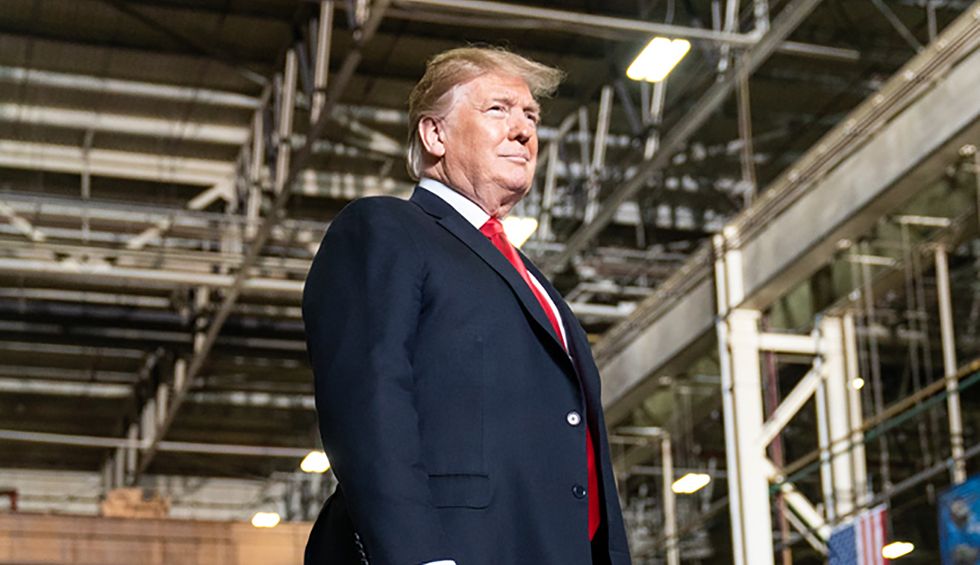 The president himself insists his tariffs and escalating threats were pumping up tax revenue without damaging the economy, but his chief economist acknowledged what many experts outside the White House believe is obvious, reported Bloomberg.

The annual Economic Report of the President was released Thursday, but the 435-page document barely touched on the negative impacts of Trump’s policies — and instead praised them for showering benefits on the American public.

Philipson, however, told a slightly different story in a briefing to reporters, but declined to get into specifics of the negative impact of Trump’s tariff policies.

He did point to a Federal Reserve study that suggested those could cut gross domestic product by about 1 percent, but Philipson told reporters he didn’t agree with that estimate.

The U.S. economy grew 2.3 percent last year after expanding by 2.9 percent the year before.

Philipson, the acting director of the Council of Economic Advisers, was hopeful that uncertainty over Trump’s trade policies should fade, and he said the U.S. and global economies should see even more growth as a result.

“Uncertainty about trade policy is one often-cited culprit in the manu­facturing slowdown,” the report notes. “However, other reasons for the global manufacturing slowdown also preceded, or were contemporaneous with trade.”

“These reasons make it difficult to isolate the effects of trade policy uncertainty, and possibly result in an upward bias of its effects on the global economy,” the report adds.