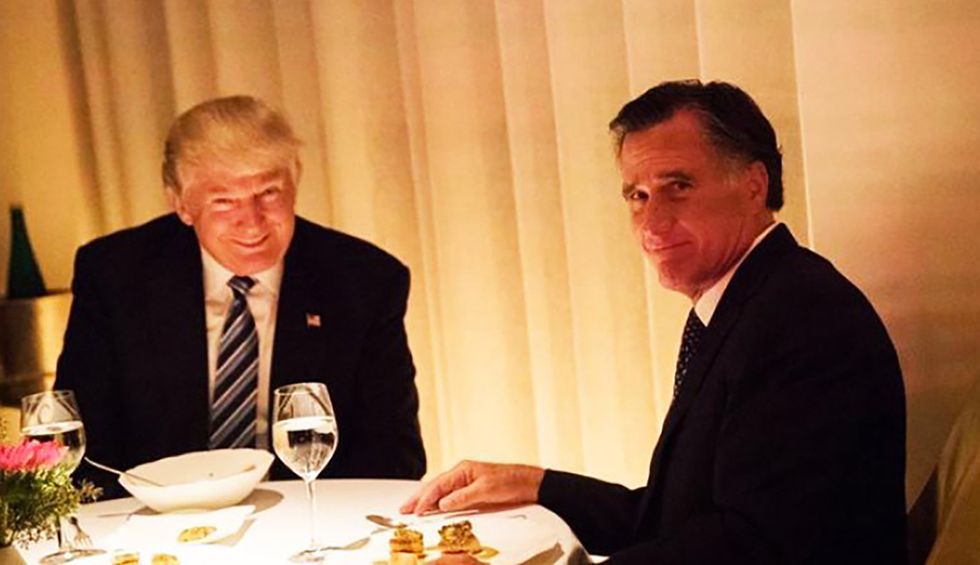 Last week, the most hated Republican in Trumpworld was former National Security Adviser John Bolton; this week, it’s Utah Sen. Mitt Romney, who infuriated Trump supporters on Wednesday, February 5 by voting “guilty” on one of the two articles of impeachment that President Donald Trump faced in his impeachment trial (Romney voted “guilty” on abuse of power and “not guilty” on obstruction of Congress). But Romney has been receiving high praise from MSNBC’s Joe Scarborough, CNN’s Ana Navarro, The Bulwark’s Charlie Sykes and other Never Trump conservatives — not to mention many Democrats who were critical of Romney in the past. And the Salt Lake City Tribune’s editorial board applauded the Utah senator and 2012 Republican presidential nominee in an editorial published on Wednesday after Trump’s impeachment trial concluded.

The impeachment vote came down mostly along party lines. All of the Democrats in the U.S. Senate voted guilty on both articles of impeachment, including centrists like Sen. Joe Manchin of West Virginia, Sen. Doug Jones of Alabama and Sen. Kyrsten Sinema of Arizona. But Romney was the lone Senate Republican who voted “guilty” on either of the two articles.

The editorial continues, “He could have rationalized it — to himself, to his party, to his state, to his family, to history — by noting, as he did Wednesday, that his vote wasn’t going to be the crucial one. But he couldn’t explain it to his conscience.”

Trump’s “rabid base of supporters” in the GOP and the U.S. Senate, the editorial notes, are “in a position” to “make life very difficult for Romney going forward.”

“But when it was crunch time,” the Salt Lake City Tribune’s editorial board observes, “Romney just could not avert his eyes from the fact that this president had, without a shadow of a doubt, abused his power as commander and chief.” And because of his gutsy vote and insistence on “doing the right thing,” the Tribune asserts, “Romney deserves nothing but our thanks and our support.”