Trump’s pardon spree was not all bad: Here’s why he was right to commute the sentences of 2 nonviolent drug offenders 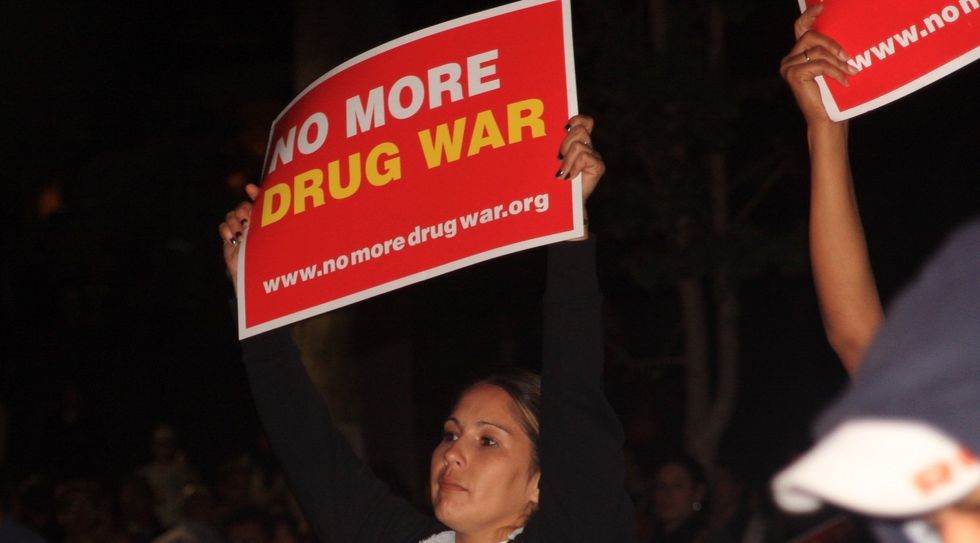 President Donald Trump has been drawing widespread criticism from the left — as well as from some Never Trump conservatives — for the 11 pardons or commutations he issued on Tuesday, February 18, which ranged from crooked financier Michael Milken to former New York City Police Commissioner Bernie Kerik to former Illinois Gov. Rod Blagojevich. Trump’s liberal and progressive critics have been stressing that his pardon/commutation spree catered to cronies and affluent white men convicted of white-collar crimes. Nonetheless, his actions weren’t all bad, and commutations that have received some praise from the left include Crystal Munoz and Tynice Nichole Hall — both of whom received insanely draconian sentences for nonviolent drug-related offenses.

The White House noted that Munoz spent 12 years in prison for “having played a small role in a marijuana smuggling ring.” Insanely, Munoz received a 20-year sentence — a glaring example of the types of abuses that the War on Drugs has encouraged.

A few years ago, Munoz’ husband, Texas resident Ricky Munoz, circulated a petition on the liberal/progressive Change.org website calling for her release. Ricky Munoz explained that his wife had “served over 10 years” in prison for “conspiracy to possess with intent to distribute marijuana.”

Ricky Munoz recalled, “In 2007, Crystal was arrested for ‘conspiracy’ charges related to friends who had been convicted for trafficking marijuana and were serving 5-12 years. She was arrested based on the word of individuals who were seeking a sentence reduction; no drugs were seized from her personally. She went to trial, not knowing anything about mandatory sentencing.”

Moreover, Ricky Munoz added, “Crystal was pregnant with our second daughter when she went to prison. She came to the hospital to have the baby and was taken back the very next day. She wasn’t allowed to spend time bonding.”

Law & Crime reporter Colin Kalmbacher describes Hall as another person who was “harshly victimized by the nation’s failed War on Drugs,” noting that she “served nearly 14 years of” a draconian sentence “for allowing her boyfriend to sell cocaine out of her house, but was never accused of any crime with an actual victim or of doing anything violent.”

An organization that called for Hall’s release was Clemency for All Non-Violent Drug Offenders Foundation (CAN-DO), which noted that she was initially sentenced to 28 years in prison. However, that sentence was later reduced to 18 years.