Trump's 'Friday Night Massacre': Why legal experts are so disturbed by the president's latest purge 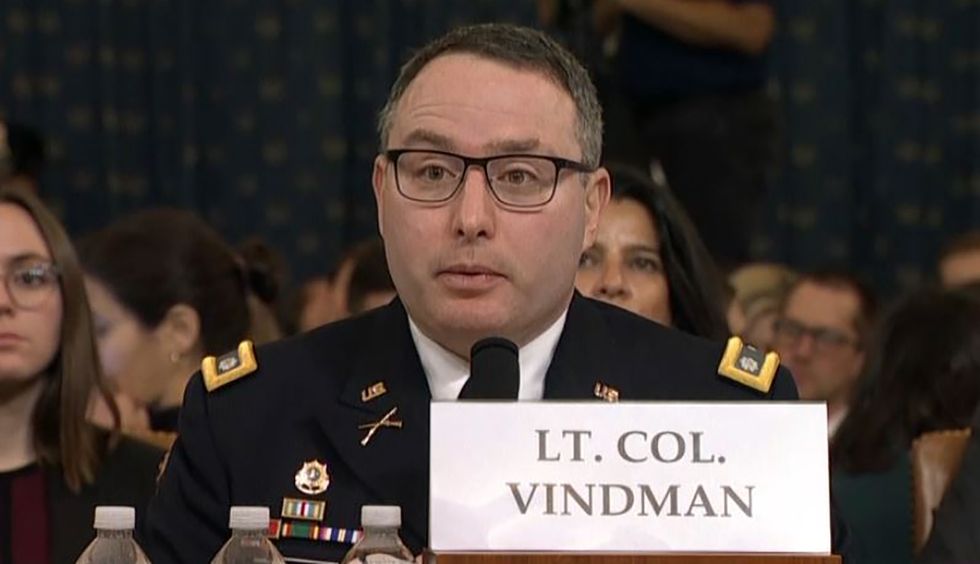 Friday, February 7, is being described as the President Donald Trump’s “Friday Night Massacre” because of all the firing that went on: Trump not only fired Lt. Col. Alexander Vindman and Gordon Sondland (U.S. ambassador to Ukraine) but also, Vindman’s brother, Lt. Col. Yevgeny Vindman, an attorney for the National Security Council (NSC). Legal experts Joshua Geltzer and Ryan Goodman, in an article published by Just Security three days later, explain why they find the Friday Night Massacre to be so troubling.

The Friday Night Massacre can only be described as an act of revenge. Trump was furious that Alexander Vindman and Sondland testified last year during the impeachment inquiry led by House Democrats.

“These actions raise serious concerns for American democracy,” Geltzer and Goodman explain, “because Trump increasingly wants an executive branch that’ll serve not the United States of America, but Donald J. Trump personally. Trump was punishing key witnesses for doing precisely what the United States Congress swore them in to do: explain what they’d seen and heard.”

More than once, the adjective “vindictive” has been used to describe Trump’s Friday Night Massacre. But Geltzer and Goodman assert that Trump’s actions go beyond vindictiveness.

“Retaliating against them for their testimony was precisely the point for Trump,” Geltzer and Goodman assert. “It wasn’t just petty vindictiveness. As a former Trump NSC official Fernando Cutz said, ‘The broader message to career officials is that you can’t speak up. Even if you see something illegal, something unethical, you can’t speak up. That’s the message the president wants to send.’ Punishing and intimidating the truth-tellers is important to Trump as he attempts to tighten his grip on the executive branch.”

By describing the firing of Sondland and the Vindman brothers as the Friday Night Massacre, Trump’s critics are making a comparison to President Richard Nixon — whose infamous Saturday Night Massacre occurred on Saturday, October 20, 1973 during the Watergate scandal. Nixon ordered Deputy Attorney General Elliot Richardson to fire Special Prosecutor Archibald Cox, but Richardson refused and resigned from his position. And when Nixon asked Deputy Attorney General William Ruckelshaus to fire Cox, he also refused. But when Nixon asked Solicitor General Robert Bork to fire Cox, he went along with it. (Bork was later nominated to be a Supreme Court Justice, but his nomination failed.)

But in contrast to all the Republicans who were turning against Nixon when he resigned in August 1974, Trump still has a long list of GOP sycophants in Congress who are afraid to stand up to him.

“The Friday Night Massacre continued the transformation of the instruments of national power into tools of Trump’s personal advancement,” Geltzer and Goodman warn. “This exploitation of America’s diplomatic, military and law enforcement mechanisms was the very usurpation of power that got Trump impeached in the first place.”